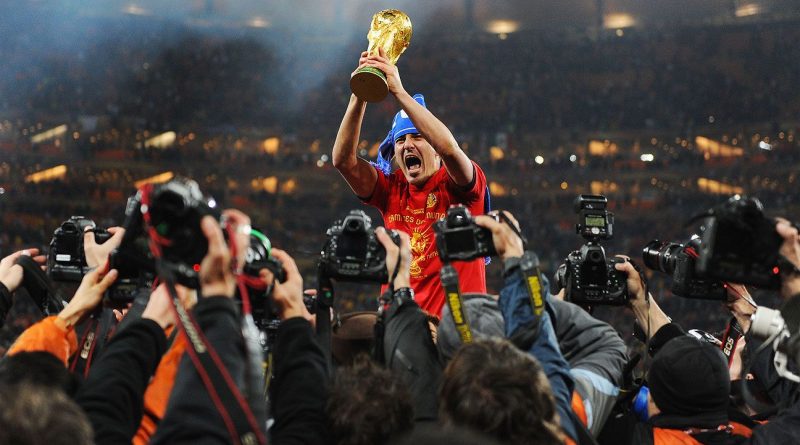 Like many others, the first time David Villa entered my consciousness was January 2004. Coming on as a half-time substitute at the Camp Nou, he tucked away the penalty which, in due course, put Real Zaragoza in the Copa del Rey semifinal and knocked out the Barcelona of Ronaldinho, Luis Enrique, Edgar Davids, Philip Cocu and Xavi.

Villa and Zaragoza would return to the city of Barcelona to beat Real Madrid 3-2 in an epic final in Montjuic’s Olympic Stadium. Villa scored, naturally.

When Rafa Benítez joined Liverpool in the summer of 2004, Villa was the first signing he wanted, but the club either didn’t back him or couldn’t find the right cash. Valencia benefitted.

While he was a Mestalla man, I had no hesitation in often broadcasting or writing that, in my opinion, he was the most complete striker in the world. Happy to play on the left wing and cut in on to his stronger right foot, he could also lead the line brilliantly as an outright No. 9.

Villa would score with his left foot, with his right foot, headers, from free kicks, penalties, six-yard-box finishes, bent over the keeper from distance. He literally had everything. Just a footballer you’d pay to watch irrespective of whether your team was Los Che or not. Just one further Copa win (his semifinal goal at Camp Nou in 2008 put Barca out again) was unfair reward.

For Spain, the first time I participated in an interview with him was 2008. I set it up and a colleague posed his questions. Everything during the setup was friendly and fun. The first question to Villa was: “Four goals in your first two games means you’re the tournament top scorer, David; you must be surprised?”
Not a great first question, but the effect was interesting.

Villa gave him an old-fashioned look, you might call it a hostile glare, and all systems shut down. “No,” was the single-word answer after which he was monosyllabic. Not moody, not haughty; just a proud, serious, talented guy who felt he’d been put down. And he wasn’t surprised.

He’s ultra-competitive, determined to win, determined to excel and extremely focused. To be the guy, effectively, for whom Raul was irrevocably dropped in 2006, to the massive consternation of the Spanish sporting public, and to not let it affect you one iota while carrying the deposed “King’s” No. 7 on your back marked him for greatness.

Villa produced. Whenever Spain required him he showed nerve, timing, technique and competitive aggression — he scored. Instead of viewing Fernando Torres as a rival, he treated El Nino like a little brother and a strike partner. Together, they made Spain truly great: European champions, world champions. And every minute I interviewed him, watched him, reported on him, I knew I was dealing with a true legend. Viva El Guaje.

David Villa’s three seasons at Barcelona had everything, and not always in a good way. The striker arrived from Valencia for €40 million in 2010, with over 30,000 supporters greeting him at Camp Nou on the day of his presentation. Over the course of the next nine months, he formed a sizzling front three with Pedro and Lionel Messi that propelled Barca to a La Liga and Champions League double. All three of them were on target as Pep Guardiola’s side beat Manchester United 3-1 in the European Cup final as Villa ended his debut season with 23 goals. Many argue it’s that particular Barca side, from the 2010-11 campaign, that is the club’s best-ever side.

However, for Villa, things unravelled the following season. Playing in the Club World Cup in December, he broke his leg and didn’t play again for eight months. Nothing would ever quite be the same again. When he came back, he did so largely as a role player. There were stories in the press that his relationship with Messi had deteriorated, supported by videos of the Argentina star getting frustrated with him on the pitch. Both players denied problems but Villa’s time was coming to an end anyway. He still had the backing of the fans and still contributed when he was on the pitch, but he wanted more. He left after scoring 48 goals in 119 appearances and winning eight trophies, but the heights of his stunning first season in Catalonia were never replicated.

There was widespread surprise when Villa joined Atletico Madrid from Barcelona in summer 2013, especially with the up-front fee of €2.1 million only partly explained by his difficult injury record in the previous 18 months.

Doubts over his value were immediately dispelled with a goal against Barca on his Atletico debut in the Spanish Super Cup, helping Diego Simeone’s side to win the trophy on away goals.

Any fitness worries were also dismissed as Villa featured in 36 of the 38 La Liga games, including 90 minutes on the final day at the Camp Nou as Atletico shocked everyone (even themselves) by winning the title. Playing mostly behind centre-forward Diego Costa, the now-veteran scored 15 goals and delivered five assists across all competitions. But most important was the example he showed as a proven champion who happily took on the fearsome commitment and work ethic demanded by Simeone.

Villa also started both Champions League quarterfinal legs as Barca were eliminated, and the entire 120 minute as they came so close to beating Real Madrid in the Champions League final in Lisbon. Few at the Calderon then begrudged him his move to the U.S., and he is still fondly remembered by all around the club as someone who played a key part in one of their most successful seasons ever.

On a night when David Villa reached the 400-goal mark in his professional career, it’s easy to be dazzled by El Guaje‘s numbers. The same is true even if you look solely at his production with New York City FC. Villa has now hit 68 goals in 103 league and playoff appearances. He’s been named to the MLS Best XI in his past two seasons, and won the league MVP in 2016. Most MLS GMs can only dream of making that kind of signing.

But Villa’s contributions in NYCFC blue go way beyond mere numbers. He has been the cornerstone of a franchise attempting to gain some breathing room in a New York sports market where oxygen is a scarce commodity. Villa has willingly served the role of ambassador as well, something that can’t be said for every designated player signing that had entered the league.

All of this has helped increase the street cred of NYCFC and the league. It might seem an odd topic to bring up given that the league is now in its 23rd season, but as long as there are skeptics, both at home and abroad, players like Villa not only fill up the score sheet, but also help bolster a foundation that is in regular need of care.

The spotlight hasn’t always shone on Villa throughout his career. He scored five of Spain’s eight goals at the 2010 World Cup, and is La Roja‘s all-time leading scorer, yet Xavi and Andres Iniesta seemed to get more publicity. Even in MLS, a signing like that of Zlatan Ibrahimovic to the LA Galaxy generates more buzz. But there is no denying Villa’s influence both for his current team and the league. He will go down in MLS history as one of the best players the league has ever seen. 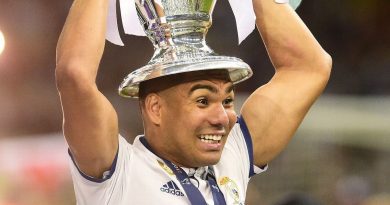 May 23, 2018 ayman022 Comments Off on Real Madrid’s Casemiro has perfect response to Xavi saying he wouldn’t fit at Barcelona 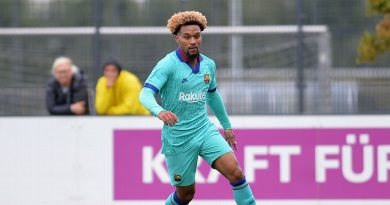 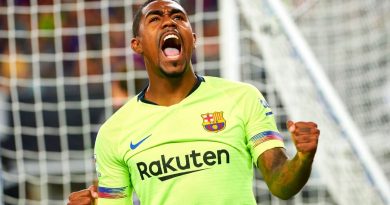 Aug 2, 2018 ayman022 Comments Off on Barcelona’s Malcom avoided ‘provocation’ during match vs. Roma