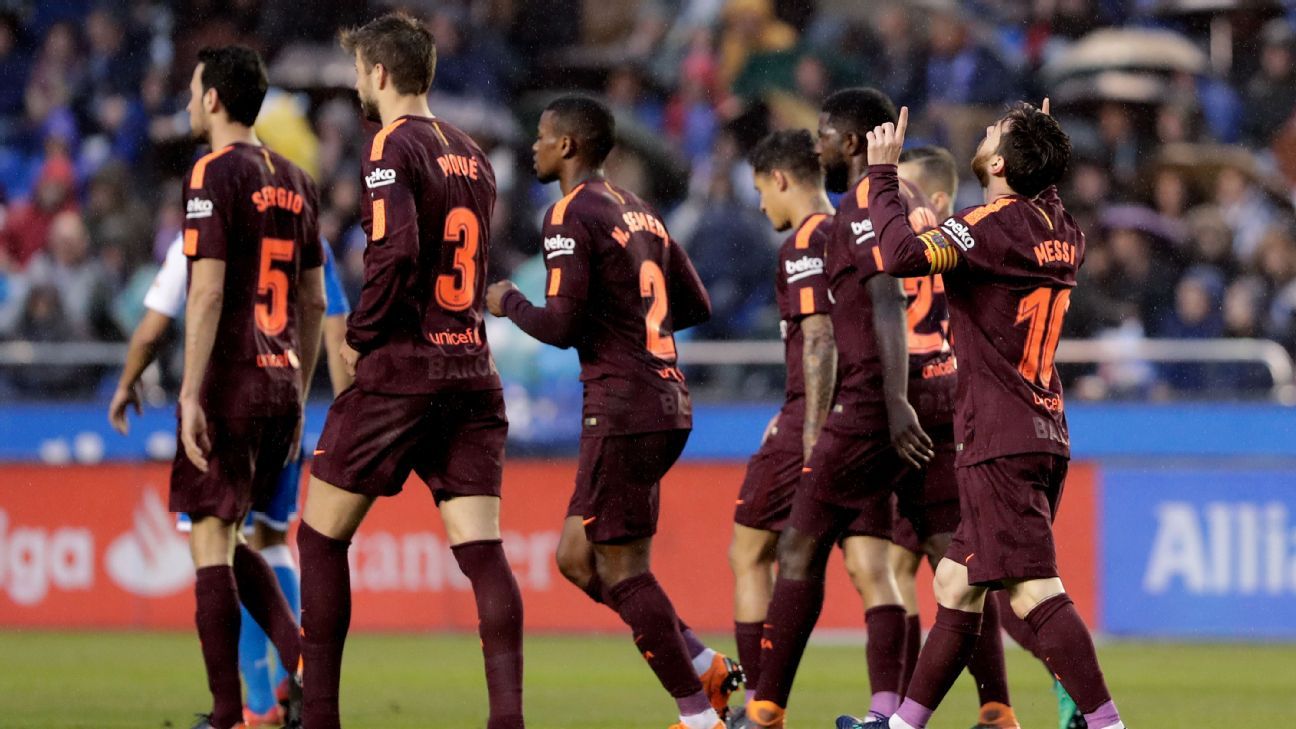 Lionel Messi scored a hat trick as Barcelona became La Liga champions for the seventh time in the past 10 years with a 4-2 defeat of Deportivo La Coruna at the Riazor on Sunday.

Depor were relegated for the first time since the 2012-13 season with the result.

The Catalan club extended their league record unbeaten streak to 34 matches while securing the Blaugrana‘s second trophy of the season after lifting the Copa del Rey in stylish fashion earlier this month.

The league title marks boss Ernesto Valverde’s first as a manager and sees his side rise to an unassailable 11 points above second-placed Atletico Madrid with a game still in hand.

And the party started after seven minutes when Philippe Coutinho sweetly stroked his shot across Deportivo goalkeeper Ruben and into the far corner from an Ousmane Dembele pass.

Messi seemed to put the match away in the 38th minute but Lucas Perez answered two minutes later to give Barca something to think about during the break.

Emre Colak evened the score after 64 minutes. However, two late goals by Lionel Messi sealed the win — and the title — for Barca. May 5, 2019 ayman022 Comments Off on Real Madrid’s young stars step up vs. Villarreal Girona vs. Barcelona game in U.S. will be opposed by FIFA – Spanish FA