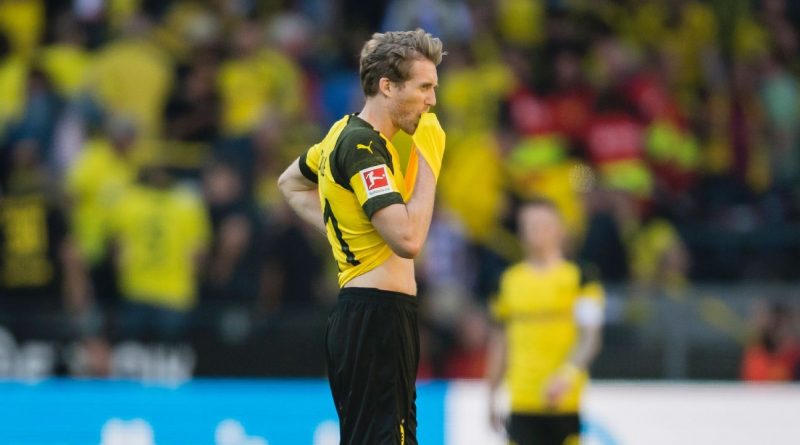 DORTMUND, Germany — Borussia Dortmund sporting director Michael Zorc said his team’s performance in a 2-1 defeat at home to Mainz was shameful as they failed to wrap up Champions League qualification on Saturday.

As Bayer Leverkusen, who started the penultimate matchday four points off Dortmund, only managed a scoreless draw away to Werder Bremen, a point against Mainz would have guaranteed Dortmund a top-four finish.

But Dortmund were unable to recover from an early 2-0 deficit against Mainz, who wanted to ensure their top-flight affiliation at the Westfalenstadion.

“It was a performance to be ashamed of,” Zorc said, refusing to stop to talk to reporters after the game. “That’s all there’s to say.”

Bote Baku, who made his Bundesliga debut last week against RB Leipzig, opened the scoring three minutes into the game. Nine minutes later, Yoshinori Muto headed a cross over centre-back Omer Toprak and goalkeeper Roman Burki to double the score.

It looked as though the hosts would quickly force themselves back into the match as Jadon Sancho dribbled into the box, beating a defender with a quick turn before connecting with Maximilian Philipp, who slotted home on the turn in the 16th minute.

Yet Dortmund were unable to create any more significant scoring chances in the following 75 minutes against their well-organised opponents, who had little trouble in dealing with their timid attacks.

“Mainz simply showed more passion, more heart, were more resolute in their challenges,” Andre Schurrle said. “You cannot win a Bundesliga game if you play like we did today. It’s extremely hard to explain.

“In theory, you can say that we must want to qualify for the Champions League as much as Mainz want to stay in the league, but then you must also show that on the pitch.

“We have one game left. We mustn’t concern ourselves with any tactical notions but simply play our hearts out. Then we can make use of our quality.”

Goalkeeper Roman Weidenfeller, meanwhile, did not get the chance to play in his last home game before retiring. Weidenfeller, 37, in his 16th season, and has played 452 games for Dortmund, second only to the 571 played by Zorc.

He was, however, duly seen off at the Westfalenstadion before and after the game. After full-time, he climbed over the fence of the Yellow Wall to get on the pedestal where the cheerleaders of the Ultras stand, and later described the moments after the game as “weird.”

Roman Weidenfeller in the Yellow Wall after the game. #BVBM05 pic.twitter.com/ckC37OwcIs

“On the one hand, I was celebrated; on the other hand, the team was standing around awkwardly, partly being jeered,” Weidenfeller said. “Obviously, you can understand the discontent of the fans. Everyone had expected that we end the last home match on a high with a win.

“Today’s game was a reflection of the entire season because we were once again lacking consistency despite all the evident quality that we have.”

When asked whether he would share Schurrle’s explanation that the team lacked heart, Weidenfeller disagreed.

“Whoever just saw me in the stands should have seen that lacking heart should not be the issue,” he said. “There’s nothing better than being able to work as a professional footballer and being able to feel these emotions of a big crowd in a massive stadium. It was great to be on the pedestal amid all the fans. Those are moments that I will never forget.”

Weidenfeller also said he was sad about not being able to play in his last home match.

“It’s a pity,” he said. “Of course, I would have been happy to get another appearance at home, but it’s understandable that the coach wanted to make attacking-minded substitutions. It was clear that I would only play if the game had been decided in our favour. But I had enough emotions after the game.

“Obviously, I’m still hoping to play in the last game, but I’m nobody to demand it. We may still need a point so we should make sure to get a result in Hoffenheim.”

Dortmund enter the last game at Hoffenheim holding three points and a six-goal advantage over fifth-place Leverkusen, who will host Hannover next week. 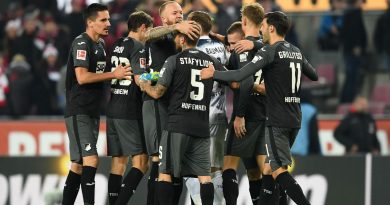