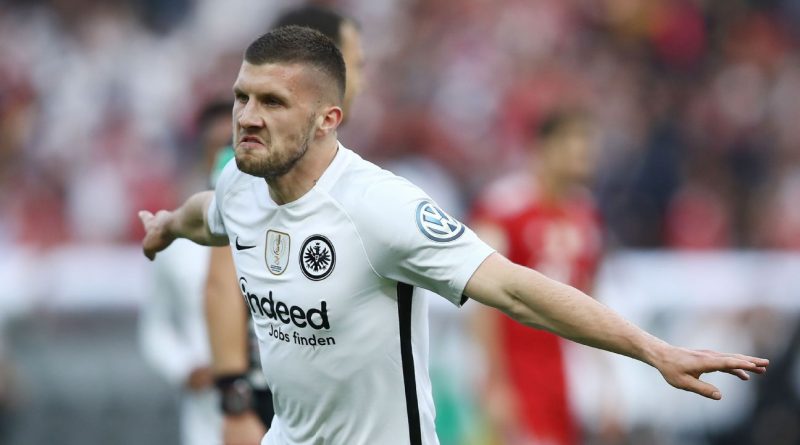 Bayern Munich fans had their doubts when Niko Kovac was announced as the club’s next coach, but the 46-year-old proved himself when his Eintracht Frankfurt side ruined Jupp Heynckes’ farewell party and shocked the champions 3-1 in the DfB-Pokal final last weekend.

Kovac might not be experienced in working at top clubs, but he definitely knows how to put problematic players back on track. Kevin-Prince Boateng is the most high-profile example of Kovac’s magic touch, but it was Ante Revic who shone the brightest on Saturday.

The Croatia striker found the net twice and could have scored even more as he tortured the Bayern defence who simply had no answer to his movement. For Rebic, it was cathartic as he was on target for Frankfurt exactly a year ago in the DfB-Pokal final against Borussia Dortmund, but ended up on the losing side and openly wept.

Rebic cried in May 2017 not just because he had missed out on the first title of his career, but because he knew that his loan spell at Frankfurt had come to an end and was about to return to Fiorentina where nobody wanted him. The striker even seriously considered returning to the Croatian league to start from scratch.

Such a scenario seemed unthinkable four years earlier. Back in 2013, Rebic was considered one of the top young Croatian starlets — arguably the most talented of the crop, after scoring at will for modest RNK Split. He was nicknamed “the new Alen Boksic” — who scored over 100 career goals across spells in France, Italy and England — and Fiorentina got ahead of the pack to sign him, despite the striker being heavily linked to Tottenham.

La Viola paid €5 million and hoped that Rebic would replace problematic Serbian striker Adem Ljajic who was shipped to Roma after a turbulent spell that included a fight with the coach Delio Rossi. Unfortunately, Rebic proved to be a difficult character himself. “I wasn’t ready for the big step, neither physically nor mentally,” he frankly admitted in retrospect.

Rebic barely played in his first season and a loan spell at RB Leipzig in 2014-15 proved to be even more disastrous as he started only four games in the German second division all season. He then published a picture of himself sitting on the bench on Facebook, commenting: “This is my new position.” That didn’t go down smoothly with the supporters to put it mildly.

He was duly sent back to Florence, where Paulo Sousa didn’t have a place for him either, and eventually went on another loan to Verona in the beginning of 2016 but failed miserably again. That is when Kovac entered the frame and brought him to Germany.

Thus far, the new Bayern coach is the only man who has managed to find the way to get the best out of Rebic. Kovac nurtured his talents as coach of Croatia’s Under-21 national team, and continued to do so at the helm of the senior squad — he even took the winger to the 2014 World Cup, even though his form was questionable after seeing no action at Fiorentina.

Rebic took part in all three of Croatia’s matches in the group stage as a substitute, but ended the tournament in disastrous fashion. The team needed to beat Mexico in the final fixture in order to qualify for the round of 16, but conceded three goals after Rebic entered the field. The youngster, who came close to scoring after showing some magnificent dribbling skills, gave in to his frustration, totally lost his head and put in an outrageous tackle on Carlos Pena which resulted in a red card. The press back home was merciless.

That is the reason why Rebic is considered the “enfant terrible” of Croatian football – understandable when he had more cards than goals to his name at every club he represented. That was also the case at Eintracht in 2016-17, with two goals and 10 yellow cards in 24 Bundesliga matches, and his poor goal return eventually counted against him as the club’s management decided against paying Fiorentina the €3.5m required to make his deal permanent.

Then, just as hopes of finding a decent solution in the summer of 2017 seemed to be gone, Frankfurt suddenly came calling again. They managed to get a better deal with Fiorentina, and instead of returning to Croatia, Rebic came back to Eintracht on the final day of the transfer window.

His flat had already been given to the newly signed Luka Jovic, while Boateng took over his No. 17 shirt. Even his place at the team bus was taken by Jetro Willems, but Rebic didn’t care. He knew it was his last big chance to prove himself under the guidance of a coach he loves and admires, and he took it with both hands.

Rebic is a tireless and versatile worker, able to play on the left wing and centrally. He is physically strong (in fact, Kovac claimed that he “looks like a bull”) and yet extremely fast at the same time. His technical skills are decent, and he loves pressing opponents without the ball too.

Granted, even the 2017-18 season ended with more yellow cards (eight) than goals (six) in the Bundesliga, and Rebic is still not consistent enough, but his overall contribution was extremely positive.

His performances saw him rewarded by the fans with standing ovations frequently and the club made his deal permanent in December, with a contract until 2021. It is also not a coincidence that the team’s form suffered in April when Rebic was injured.

Luckily for Kovac and Eintracht, the 24-year-old was fully fit for the big occasion on Saturday, and this time it was Bayern who suffered. After just 11 minutes. Rebic stole the ball from James Rodriguez and then made a clever run to receive a return pass from Boateng and score. Robert Lewandowski equalised, but Rebic was on hand to score expertly on the counter with eight minutes remaining and write his name into history.

It was Eintracht’s first trophy for 30 years, since they beat Bochum in the cup final back in 1988, and Rebic is being praised as a hero.

Rebic was nowhere near the Croatia squad under previous coach Ante Cacic, but current boss Zlatko Dalic will rightfully take him to the World Cup in Russia. The striker will hope to avoid a similar situation to 2014, but if he can ride the wave of confidence that he has built this season then the signs look good. 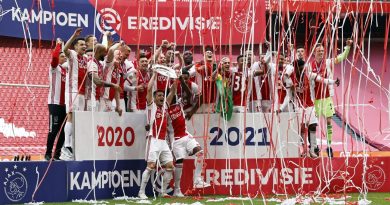 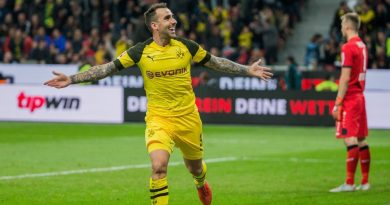