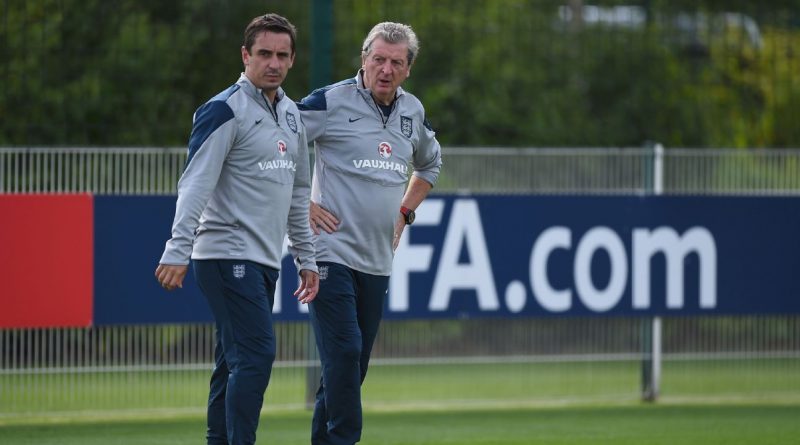 MOSCOW — For Gary Neville, England’s World Cup opener against Tunisia on Monday feels like déjà vu all over again, except that what looks like a case of history repeating itself is anything but.

The former Manchester United captain, who earned 85 caps for his country, played at two World Cups and later served as an assistant to manager Roy Hodgson, sits in Moscow’s Café Bolshoi, reflecting with ESPN FC about his experiences with England at major tournaments.

Twenty years ago, England began their World Cup campaign with a game against the Tunisians in the baking heat of Marseille, and they face another battle against the conditions when they renew hostilities with the North African nation, with predicted temperatures of 30 degrees Celsius (86 degrees Fahrenheit) in Volgograd.

In 1998, Glenn Hoddle’s side opened with a 2-0 victory, and although Neville expects another winning start in Russia, he insists that Gareth Southgate’s players have a completely different mindset and expectancy because of the team’s recent trend of failure on the biggest stage.

“Back in 1998, there was a lot of confidence coming out of Euro 96, so there was optimism going into the tournament about us winning it,” Neville said. “We started with a win against Tunisia — I was dropped, but nobody remembers that because David Beckham and Michael Owen had been dropped too! — and there was a real feeling that, with this team, it could be our time.

“That expectation is gone now, well and truly, but back then, there was a genuine expectation that England would win a tournament. Some of the players had had difficult experiences, but not too many by that stage. We were all young and had not gone through the mill of having the Romania [defeats at France 98 and Euro 2000]- or Iceland-type experiences which I have now.”

Iceland. If ever a game encapsulated England’s ability to mess things up at a major tournament, it was the 2-1 defeat against the thunder-clapping footballing minnows in the round of 16 at Euro 2016. Neville was on the bench in Nice that night and saw firsthand how a group of highly rated players can collectively underperform and fail in the heat of battle. However, he sees Monday as an opportunity to show lessons have been learned.

“The majority will have been there during that Iceland game,” Neville said. “If you are 5 percent less than your best in a major tournament, you are going to struggle. But because of what happened two years ago, I think there will be a heightened focus, especially as it is Game 1.

“We didn’t lose to Iceland two years ago because of a lack of professionalism or a lack of care; it was because we played really badly and didn’t handle the game well. It was a football thing, not a personal thing, and those lads are decent lads. What I want to see going into this game on Monday is that the younger ones like [Dele] Alli, [Raheem] Sterling, [Marcus] Rashford are learning from previous tournaments.

“A player has to move on from his negative experiences. Even if you make a mistake in a match, you have to move on straightaway. Mistake management is one of the most important things in life, not just sport. But when you move on from it, make sure you pick something up from it, and make sure you learn from it.”

What never changes, though, is the pressure on England to deliver. Southgate has somehow managed to inject an air of realism that the nation has embraced, but it will probably only last until the first ball is kicked. Yet while he accepts that complacency must be avoided, Neville insists the challenge is a world apart from the one encountered in the opening game of Brazil 2014.

“Going into Tunisia on Monday, it is a good opening game,” he said. “We can sit here and say every game is tough, we can say don’t disrespect your opponent or be complacent, but we can also say it’s not like it was in 2014, when we started against Italy and then had to play Uruguay, and then you think: s—!’

“When you look at it, Italy, Uruguay and Costa Rica, as it turned out, was a dog of a group, and at that time, the England team were in transition. We were losing the [Frank] Lampard-[John] Terry-[Rio] Ferdinand-[Steven] Gerrard-[Ashley] Cole generation and moving into the [Danny] Rose-[Luke] Shaw-[Phil] Jones-[Ross] Barkley-Sterling-[John] Stones generation, so it was a bit of an in-between tournament.”

It is at this point that some context is needed, however, when it comes to this England and the one Neville represented 20 years ago. Hoddle’s team approached their opener as one of the tournament favourites, having come within a penalty shootout of beating Germany to reach the final of Euro 96 on home soil.

There is another difference between the buildup this time and 20 years ago, which goes beyond depth and experience. As Neville sips his coffee, he shakes his head when recalling the challenges that players of that era faced before the tournament even began.

“The big thing about that World Cup for me was what I’d call the ‘old-school shooting yourself in the foot’ England,” Neville said. “The Gazza thing [Paul Gascoigne was controversially omitted from the squad] was massive. Huge. Teddy Sheringham had to make a public apology for being out late one night, and David Beckham had been left out of the team, so there were massive incidents leading up to that tournament, and it was blighted by controversy.

“You end up just wanting the football to start. That was only my second tournament, and the first, Euro 96, had also been blighted by controversy too, in terms of the plane on the way back from Hong Kong [when a TV screen was damaged beyond repair by an unnamed player] and the Dentist’s Chair [when dishevelled England players were photographed drinking in a late-night bar]. So I’d gone into two tournaments just desperate to get on with the football. The pre-tournament stuff was brutal.”

In recent times, there have been fewer of those “brutal” controversies. Scrutiny of Sterling’s gun tattoo brought the Manchester City player into focus, but while the past saw public apologies in front of the cameras, anything close to a scandal in recent times has seen the squad throw their support behind the player involved.

“I was part of the backroom team for the last three tournaments, and there was a really calm buildup to all three,” Neville said. “I’d include this as the fourth one, where there are no incidents, but sometimes, that angst and ‘us against the world’ mentality can help.

“In 1998, it was all I knew, but it did galvanise the players. Back then, the media and press was very different to what it is now. There was an old-school, bullying type of approach from the media, whereas now, while it can be critical, I think it is within the boundaries and is more articulate.

“It was a much more hard-hitting culture back then. They wanted friction and controversy, but now there is more of a football story wanted in terms of who is going to play: Is it Sterling? Is it Rashford, etc.? Back then, 10 days before a tournament, nobody cared who was playing.

“It was all about who had been out when he shouldn’t have been, who’s been smoking, who’s been drinking. It was basically all about who has been caught doing this or that. You would almost be followed. The more famous ones were followed. But in fairness, the players are now more professional. They are much more aware, in terms of social media, smartphones, etc. There isn’t the culture there was 20 years ago.”

However, despite the 20-year gap and all the differences, some things stay the same. England vs. Tunisia means England must win.

“I won’t sit here and say it will be a tough game because it’s not,” Neville said. “Spain is a tough game. Portugal, Germany, Italy are tough games. So we just have to win.” 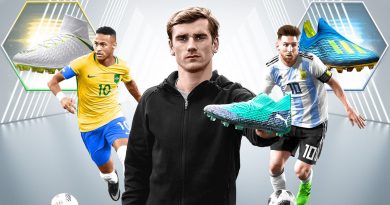