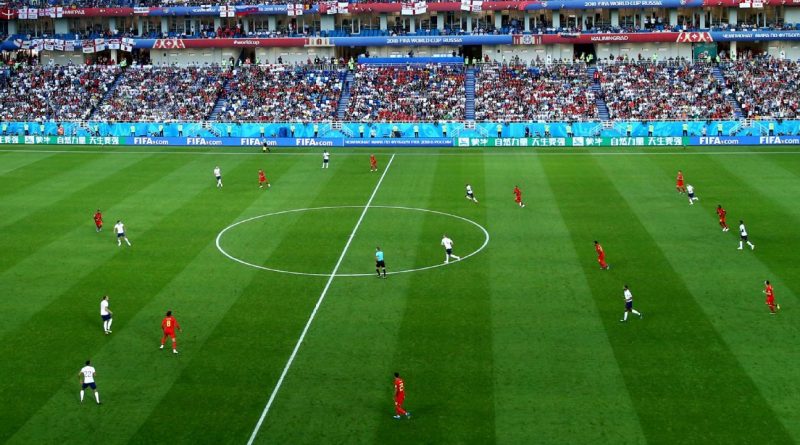 For all the optimism about Gareth Southgate’s side and their chances of winning the World Cup, it’s so often this stage — the first knockout round of a major tournament — in which England collapse.

This is usually because England have appeared unprepared for the opposition’s approach, or at least too inflexible to guard against it. Germany’s counter-attacking speed wasn’t nullified in 2010. Andrea Pirlo’s deep-lying playmaking skills weren’t shut down in 2012. Iceland’s long throw proved fatal in 2016. Tactical naivety has constantly been England’s main problem.

This time around, things are the same in one sense and very different in another.

The same? Well, England appear to be unwilling to change their system going into the knockout phase. Colombia represent a very different threat from Tunisia, Panama and Belgium’s B team, yet England will seemingly continue with the system Southgate has fine-tuned throughout the past eight months.

Different? England are using the most unique system at this tournament. For a start, they’re one of only two sides in the knockout stage using a three-man defence, along with Group G foes Belgium. But whereas Roberto Martinez is using the 3-4-3 popularised by Antonio Conte in the Premier League, England’s shape is 3-5-2. Or, to be more accurate, 3-3-2-2.

It would be unfair to consider this a new system. The 3-5-2 formation is amongst the most conventional around, considered a natural alternative to the 4-4-2 during the 1990s and enjoying a particular wave of popularity in the Premier League toward the end of the century. The way England play the system, though, is very different. Southgate has packed the side with ball-playing defenders, he has pushed the wing-backs high onto the last line of the opposition defence and, more significantly, has ordered Jesse Lingard and Dele Alli to continually run in behind the opposition, almost becoming bonus strikers. Against weak opposition — and the Group G competition wasn’t up to much — England’s system has sometimes resembled something like 3-1-2-4, sometimes more like 3-1-6.

This is perhaps the most unique tactical challenge facing any opponent in the knockout stage. England don’t have the firepower of France, the creativity of Belgium or the defensive discipline of Brazil. But England do boast a system that could cause the opposition serious problems, particularly with those runners: Alli and Lingard going in behind, with the latter continually popping up in inside-right positions to receive long passes from the right, plus Ashley Young and the outstanding Kieran Trippier pushing forward from wing-back.

So far, the two centre-forwards, Raheem Sterling and Harry Kane, have acted almost as decoys, and if that sounds ludicrous considering Kane has managed five goals, it’s worth remembering that two have come in the aftermath of corners, two have been penalties, and one has been a fortunate deflection he knew little about. In open play, he has focused upon dragging opponents up the pitch, creating space for others.

Therefore, there are basically six England “attackers,” for want of a better word, for Colombia’s Jose Pekerman to worry about, from left to right: Young, Alli, Sterling, Kane, Lingard and Trippier.

In response, Pekerman seems likely to change his system. Having previously used a 4-2-3-1 which sometimes featured James Rodriguez drifting inside from the left to support Juan Quintero in a classic No. 10 role, his final training session indicated he was considering switching to a system featuring a third holding midfielder, with Boca Juniors’ Wilmar Barrios introduced. This 4-3-3 shape was occasionally used in qualification and would make sense if Pekerman wants two midfielders to track the runs of Alli and Lingard, with Carlos Sanchez remaining in position as the primary holding midfielder. But it would be something of a defensive move.

Indeed, it might mean they don’t expose England in their most vulnerable position — the space around Henderson. England’s midfield is not a three-man midfield in the conventional sense, not with Alli and Lingard playing in such advanced positions. And therefore there’s a huge danger that Henderson, who has played the holding role effectively so far against weak opposition, will be overrun when faced with multiple runners or multiple playmaking threats.

Henderson having to cope alone against Rodriguez and Quintero could prove disastrous for England, even if there would be surplus in defence, meaning one of the defensive trio could step up. Rodriguez’s fitness level is clearly a key consideration, and it could significantly shape how Colombia approach the game.

Using that 4-3-3 system could cause England problems in wider areas. Juan Cuadrado has blown hot and cold in Russia so far, and against Senegal was fielded in a curious role, constantly asked to drop into a right-back position to receive possession as right-back Santiago Arias pushed into midfield. But Cuadrado can do damage higher up here. If granted some license to let Young drift past him, Cuadrado can counter-attack against Harry Maguire, the least mobile of England’s back three. That’s something for Southgate to worry about, but Cuadrado leading breaks in a 4-3-3 is probably a better prospect than Rodriguez and Quintero combining between the lines in a 4-2-3-1.

In truth, we know little about Southgate, and his assistant Steve Holland, as in-game tacticians. Under their leadership, England haven’t been tested by serious opposition in a competitive setting and have focused upon ensuring England’s qualification, and now are focusing upon perfecting this new 3-3-2-2 formation. We haven’t seen tactical variations or Plan Bs or whether Alli and Lingard play more reserved roles against good opposition. There’s a danger that England will have the same problem with a different formation and be overrun in midfield.

But there’s little doubt England’s new system will have had Pekerman thinking about new formations and new solutions. For once, England’s system might spur them on rather than hold them back. 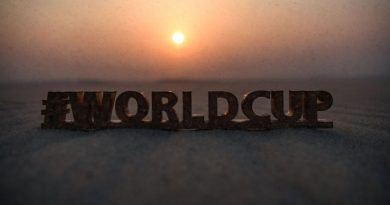 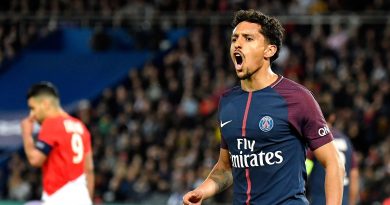 May 6, 2018 ayman022 Comments Off on Marquinhos: Brazil and PSG need Neymar back 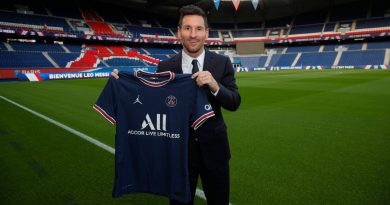