Jupp Heynckes has called for Bayern Munich to use their Champions League disappointment to fuel their pursuit of a domestic double.
The German giants were knocked out of Europe by Real Madrid at the semi-final stage on Tuesday and must now lift spirits for their final three games of the season.
A 28th Bundesliga title has already been claimed and their penultimate league assignment is their clash with relegated Cologne, but of greater importance is the DFB-Pokal final on May 19.
“You have to process it and take motivation from it for the remaining fixtures,” Heynckes said.
“It’s about getting three points, continuing our run and maintaining the tension, particularly with a view to the cup final. We must win the game and not just enjoy the atmosphere in the stadium.”
Bayern remain without the injured Jerome Boateng, Kingsley Coman, Arjen Robben and Manuel Neuer.
Neuer has been sidelined since September because of a broken foot, but the Germany goalkeeper is close to making his comeback.
“He should make the next step next week. He could take part in match-related training forms towards the middle, the end of that week,” Heynckes said.
“The way it looks right now, it’s positive. He’s got closer, he’s in a great physical shape.”
Cologne were relegated with two matches remaining after losing 3-2 to Freiburg last weekend but have been lifted by the news that the influential Jonas Hector, Timo Horn, Marco Holger and Marcel Risse will remain at the club next season.
Head coach Stefan Ruthenbeck, who is without Matthias Lehmann (elbow), insists his team has a duty to their supporters to finish the season strongly.
“We are obliged to give it everything we have,” Ruthenbeck said.
“Our fans deserve that kind of respect considering how they have treated us recently. They should feel that this team has the will to achieve the outstanding on Saturday.
“Our confirmed relegation has taken some of the fire out of training, but our players know they have to perform. Our fans pay good money to see them play.” 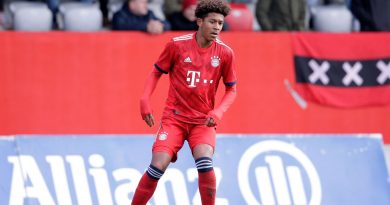 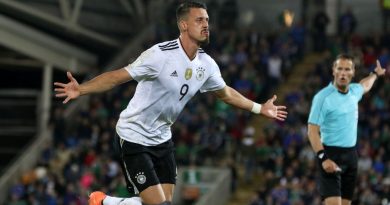 May 17, 2018 ayman022 Comments Off on Bayern Munich’s Sandro Wagner retires from international football after Germany snub 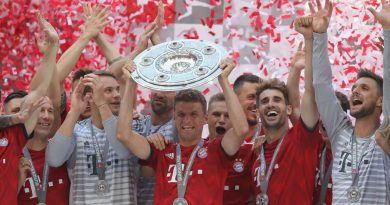 May 22, 2018 ayman022 Comments Off on German Bundesliga The Final Word Bayern Munich run away with title Dortmund regroup