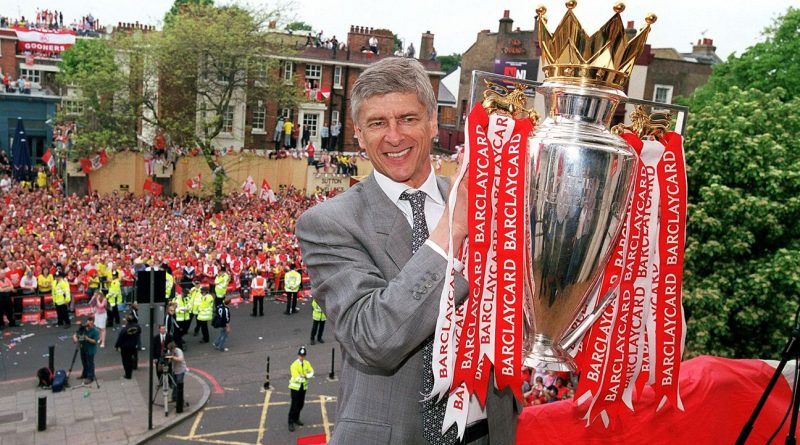 This article was first published in January 2016.

Arsene Wenger entered English football in 1996 when it was in a very different state. From the physical style of play, to the pints of lager that players would have after — or even before — a game, Wenger changed things completely.

His influence on the game since then has been well documented, but as he prepares to leave the club here are five ways in which Wenger helped change English football forever.

The Arsenal players didn’t know much about the bespectacled Frenchman from Nagoya Grampus Eight when he took charge of his first training session. They were even less familiar with the methods and drills he introduced.

Gone was the lackadaisical approach to warm-ups and the lengthy playing drills focusing on stamina. In came new methods of stretching, a stopwatch to time every training sequence and new drills to sharpen passing skills.

Wenger relied on science rather than tradition when it came to getting his players into the best physical shape possible.

“It was sharp, it was energetic, it was different,” according to Nigel Winterburn, and recovery methods changed as well. Wenger brought in an osteopath and an acupuncturist, and eventually helped redesign the club’s entire training centre to bring in the latest fitness equipment.

Wenger’s approach to training was questioned by his own squad at first, but was then quickly accepted when it brought results.

“I recall Tony Adams and myself, in our first Wenger pre-season, going to see the boss just before the start of the campaign,” Lee Dixon wrote in 2003. “Our feeling was that we had not done enough running. We were concerned that the team wouldn’t be fit enough. The manager calmly explained to us that it was all scientific and that the team would be fine. ‘Have faith,’ he said. Sure enough, 10 days later we flew out of the blocks all full of energy and raring to go. That man knows what he’s talking about.”

Arsenal won the Double that season, Wenger’s first titles at the club. And his training methods quickly spread.

When reminiscing a couple of years ago about his first game in charge of Arsenal, one detail stood out to Wenger. On the bus home after a 2-0 win at Blackburn, his players were craving chocolate.

“I changed a few habits of the players, which isn’t easy in a team with an average age of 30 years – at the first match the players were chanting, ‘We want our Mars bars!'” Wenger recalled. “At half-time, I asked my physio Gary Lewin, ‘Nobody is talking, what’s wrong with them?’ He replied, ‘They’re hungry.’ I hadn’t given them their chocolate before the game. It was funny.”

That so-called Mars Bars revolt has become a symbol of the way Wenger changed his players’ dietary habits. And it wasn’t just alcohol and chocolate that was off the menu. Inspired by the food he’d eaten in Japan, Wenger ordered the club cafeteria to stop serving burgers and chips and replace it with fish or chicken, mashed potatoes and steamed vegetables. Even the apple pie for the dessert was made healthier by scrapping the custard.

“I think in England you eat too much sugar and meat and not enough vegetables,” Wenger said in an early newspaper interview.

It became known as the “Evian-broccoli diet” and several players have said it helped prolong their careers. However, former captain Tony Adams revealed the impact of Wenger’s culinary ideas has been overstated — especially since the players had a tendency to cheat.

“Diet won’t change anything if you don’t have great players and I still ate fish and chips every week for the last six years under Arsene Wenger,” Adams said in a 2011 interview. “Every Friday on Putney Bridge I went and got battered cod and a chip sandwich and sat there looking at the river.”

The chants of “1-0 to the Arsenal” and “Boring, boring Arsenal” that had come to symbolise the club’s defensive approach under George Graham in the 1990s quickly went out the door after Wenger’s arrival.

The old focus on tactical stability and an impregnable defence was turned on its head, with Wenger advocating a fast-paced attacking style that often left them more exposed at the back.

It has earned Arsenal the reputation of being the most entertaining team in England to watch, even during the team’s nine-year title drought. But it has also led to accusations of tactical naivety when things have gone wrong — as they have done increasingly often since the days of the “Invincibles” in 2003-04 — and complaints that Wenger sometimes neglects the team’s defensive stability.

Still, the possession-based style has been adopted by an increasing number of English teams, with Bournemouth’s Eddie Howe one of the latest proponents.

When Wenger took over Arsenal, he and Chelsea’s player-coach Ruud Gullit were the only foreign managers in the Premier League. So it’s natural, perhaps, that he faced some scepticism.

“When he first arrived, we didn’t know too much about him and one or two of the boys were asking ‘Who is this French guy?'” Ian Wright has famously said.

Today, the majority of Premier League teams (13 of 20) have managers brought in from overseas.

What was seen as a major risk in 1996 is now the norm, and Wenger’s success has been the main reason for that. The Frenchman became the first foreign manager to win the league in England in 1998. Since then, Sir Alex Ferguson is the only British manager to do so, with Jose Mourinho, Carlo Ancelotti, Roberto Mancini, Manuel Pellegrini and Claudio Ranieri also hoisting the trophy.

Today it’s often considered more risky to give an English manager the chance instead of bringing in a foreigner with experience. Even the FA adopted the same strategy, hiring Sven-Goran Eriksson and Fabio Capello to manage England’s national team. And who was apparently their first choice to take over from Roy Hodgson this summer? Wenger.

While Patrick Vieira joined Arsenal before Wenger had officially taken the job, the midfielder is usually described as the Frenchman’s first major signing — having worked behind the scenes to convince the club to sign him.

Vieira was then little more than a promising 20-year-old who was coming off an unsuccessful stint at AC Milan, which was reflected by his £3.5 million price tag. He went on, of course, to be one of the pillars of Wenger’s title-winning teams and is widely regarded as one of the best central midfielders of his generation.

And he’s also become the blueprint for the type of signings Wenger has looked for ever since.

Instead of buying ready-made stars, Wenger searched for young talents he could buy cheaply and then develop into top-class players.

A 17-year-old Nicolas Anelka soon followed, and was later replaced by a 22-year-old Thierry Henry that few predicted would become one of the greatest players the league had ever seen. The list of teenagers brought in by Wenger also includes Cesc Fabregas, Theo Walcott, Hector Bellerin and Alex Oxlade-Chamberlain.

Arsenal’s strategy has changed a bit of late, with the big-money signings of proven players like Mesut Ozil, Alexis Sanchez, Granit Xhaka and Shkodran Mustafi. But the recent capture of 20-year-old Rob Holding for £2m from Bolton shows Wenger’s search for young talents is far from over.

Perhaps Wenger now wishes other clubs weren’t trying so hard to replicate his methods. When Leicester beat Arsenal to the league title last season, they did it in large part because of bargain buys Riyad Mahrez and N’Golo Kante. 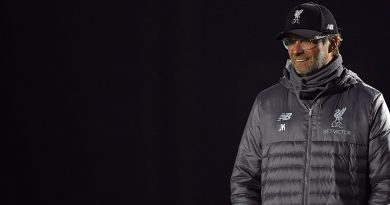 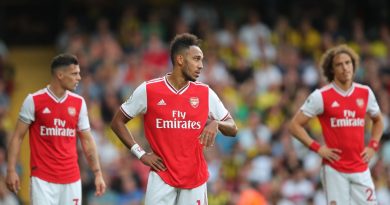 Xhaka lashes out at ‘scared’ Arsenal after draw 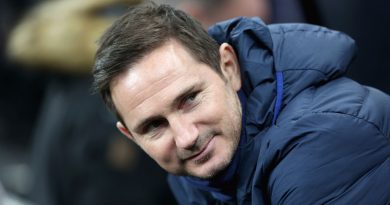 Does Frank Lampard get better treatment than Solskjaer?

Jan 22, 2020 ayman022 Comments Off on Does Frank Lampard get better treatment than Solskjaer?