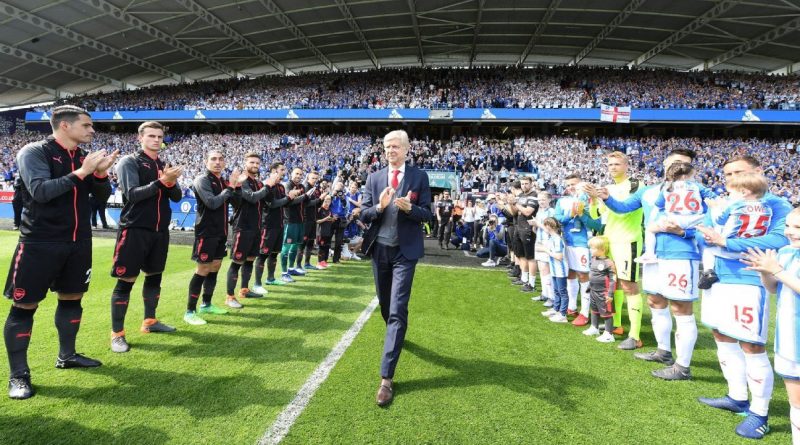 HUDDERSFIELD, England — Nobody, on a day like this, could deny Arsene Wenger one little flight of fancy. He had walked into Huddersfield’s John Smith’s Stadium, his heart likely laden with more emotion than he would ever completely admit, and been greeted within seconds by a face that shaped his life.

“There was a photo in front of the dressing room where Herbert Chapman smiled at me,” Wenger said, looking content with the thought. The circularity hit him profoundly: Here he was, one of football’s true visionaries, winding down in the town where Arsenal’s original innovator made his name. After 22 years staring squarely ahead, it felt permissible to glance backward.

It was that kind of day, full of reflection and humility. As the teams warmed up under blue skies and radiant West Yorkshire light, Wenger sat in the away dugout to absorb the scene: “I wanted to get out a bit; it’s my last day and I thought I deserved a bit of oxygen, you know?”

It was not hard to understand. By his own admission, Wenger hates to bask in the past, but this time the rules went out of the window. Before kickoff he turned convention on its head by walking toward the Arsenal support and bowing, before breaking into a near-trot to return to serious business one final time.

The picture was a delicate, touching one: a final thank you and a personal offering for a group of travelling fans, to whom Wenger has felt a huge sense of responsibility during such a flat campaign that has seen Arsenal finish sixth and trophyless.

The pageantry continued: This was also Huddersfield’s occasion and their afternoon had been transformed by the point their gained in midweek at Chelsea, which secured their Premier League survival. As such, the home crowd was loud, confident, bubbly.

Everybody present had cause to be relaxed and, after 22 minutes, they came together, the entire stadium rising to acclaim Wenger and chant his name. Up he stood, with that characteristic hint of awkwardness he exhibits when receiving applause. He clapped back, lingered a little longer than usual, then trained his eyes back onto the action.

How many more servants to English football will inspire that kind of reaction or the force of goodwill he received late at Leicester on Wednesday, when the King Power Stadium moved similarly to recognise his contribution?

“To keep my sense of humour, I think I should have announced every week that I will retire, because people are so nice to me since I said that,” Wenger said in his postmatch news conference.

It was a joke — not his first or last of the day — but, as he addressed the media for the last time, it was difficult not to get lost in the moment. In an era pockmarked by impatience and instant judgment, there is no guarantee that a character of his ilk will be given such a chance again. “Maybe it’s better I go somewhere else,” he admitted when asked if he would work in England again; it was as good as a valediction and one that leaves a chasm to which few can offer a satisfactory bridge.

Arsenal’s players saw off their outgoing manager with a 1-0 win, courtesy of Pierre-Emerick Aubameyang. They did not quite deserve victory on the balance of chances, but at least an end was put to a horrible run of seven consecutive away league defeats.

Huddersfield had begun like a train, shaking off any hangover from what — as they have had no problems admitting — was quite a celebration following that draw in west London. The hosts should have gone in front early on and, at the death, might have equalised when Aaron Mooy clipped the bar.

None of it really mattered too much, though. “Now the party really starts,” their manager, David Wagner, said. In the circumstances, it felt gratifying that both teams had played the occasion as coherently as they did.

Wagner has created a wave of good feeling at Huddersfield but the club has new challenges. The act of staying up will probably not be greeted by so much excitement in future years and, after such a meteoric rise, you wonder what it would take to replicate the scenes at full-time, when around 1,000 home supporters celebrated briefly on the pitch before filing back into the stands to watch the players’ lap of honour.

Perhaps tellingly, Wagner was coy when asked about his own future, which Huddersfield chairman Dean Hoyle said was not in doubt during a half-time interview. “He puts himself under pressure,” Wagner said of Hoyle — with a laugh — before departing quickly.

After 2½ years at Huddersfield, it would be no huge surprise if Wagner moved upward. He and Wenger are at opposite ends of their careers, but it was a sign of how things have changed when the latter cast his mind back to a previous visit to this stadium.

“I came here in preseason many years ago (August 2008) when they had financial problems,” Wenger said. Back then, Huddersfield were in League One, while Arsenal had just fallen agonisingly short in what was, arguably, Wenger’s last convincing tilt at the Premier League title.

Arsenal won a friendly 2-1 and took home the specially created Herbert Chapman Trophy. There it was again: The link between two managers, almost a century apart, who together gave Arsenal an identity of their own.

“Our greatest manager” was how Wenger described Chapman before taking his leave. That will be argued about for decades, but Wenger was visibly happy with the thought. As he walked out to the team coach, nobody could have begrudged him that. 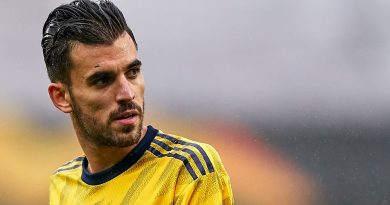 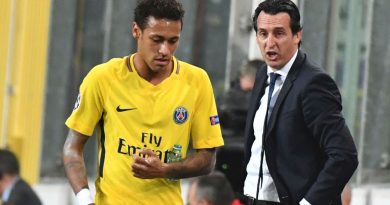 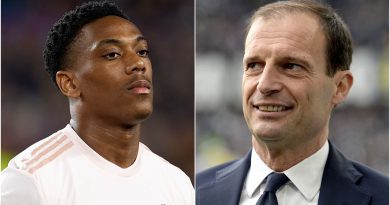 Apr 23, 2019 ayman022 Comments Off on Martial to leave Man United? Shock exit for Allegri at Juve?