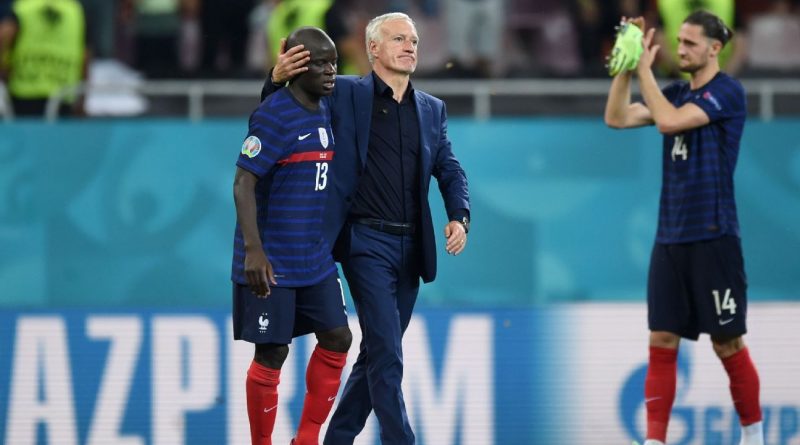 And just like that, France‘s Euro 2020 run is over. Reaching the the last-16 may be fine for certain teams, but not for the tournament favorite.

Aside from a fantastic 25-minute spell in the second half of their epic loss on Monday in Bucharest, France started badly and finished badly, letting a brave and spirited Switzerland team get the best of them in a penalty shootout.

This is a big disappointment. A huge failure. Les Bleus are going home with no glory and their heads down after having blown the opportunity of achieving a rare World Cup-Euro double.

Didier Deschamps was the captain of a France side that accomplished that feat in 1998 and 2000. This time, as manager, he has to be the first responsible for their failing.

Under him, France have reached the World Cup quarterfinals in 2014, the Euro final as hosts in 2016, and then won the Jules Rimet trophy in 2018. They were the favourites going into this edition of the European Championship.

Unfortunately, Deschamps lost his way and lost the way of his team. This early exit, against a team who had never beaten France in a competitive tournament before, is on him.

His decision to start Monday’s match with a back-three was one of the worst ideas of his managerial career. It didn’t help that he was without two left-backs, as Lucas Digne was injured and Lucas Hernandez lacked fitness. But reverting to that defensive positioning seemed questionable. The three times Deschamps had tried that in the last 18 months (against Albania, Serbia and Croatia) was never convincing. So why do it again on Monday in a win-or-go-home setting?

Of all the tactical systems, the 3-4-1-2 formation is the hardest to learn and to control. The French never practiced it before going into this game. Clement Lenglet, who had never played a single minute in the two pre-Euro friendly matches nor in the group stage matches, was all of the sudden thrown in with the normally reliable defensive duo of Raphael Varane and Presnel Kimpembe.

It was a car crash. And it also a terrible idea to have Benjamin Pavard, a centre-back turned right-back, and Adrien Rabiot, a natural No. 8, as makeshift wing-backs. It was such a disaster that it forced Deschamps to switch out Lenglet at the break and for Kingsley Coman.

“We were only reactive. We completely messed up our first half. There is not much more to say. It is a really difficult moment,” said Varane after the game.

It is only when France moved into a more traditional 4-4-2 with the entrance of Coman for Lenglet that France finally played and came back in the game. With Coman, Kylian Mbappe, Karim Benzema, Antoine Griezmann and Paul Pogba all together on the pitch, it seemed their sheer talent level in that formation would see them through. Deschamps and his conservative nature seemed against it. He only switched things up at the break because he had no other choice.

It almost worked. It should have worked. At 3-1 up with 15 minutes to go, he didn’t do anything to keep the lead. He didn’t change anything. Instead, he waited until the Swiss came back to 3-2 to make a change. It turned out to be a poor one with Moussa Sissoko coming on for Griezmann to keep the 4-4-2 formation. But why take off Griezmann, who was the hardest worker of the front three? Why not bring on Corentin Tolisso in midfield to help Pogba and N’Golo Kante in the midfield and take out either Mbappe or Benzema? More mistakes made by Deschamps.

Deschamp was complacent at 3-1, like his players. They took the game for granted like they did before in their 2-2 draw with Hungary. France’s biggest enemy was always going to be themselves. And eventually, that’s what cost them.

“The French thought they had won at 3-1,” said Switzerland captain Granit Xhaka after the game.

Was this loss a surprise? Not really. Since the start of the tournament, Deschamps had looked like he was not controlling anything. He kept changing his tactics game after game. There was no direction, no ideas and even less any patterns of play, moves or collective strength. How did he prepare this team?

“It is cruel. We gave everything but we have to accept the defeat. It hurts but it is probably because we didn’t deserve to go further. I was wrong over what we did in the first half,” Deschamps said.

“But would have been better in a different formation? I am taking my responsibilities,” he added. “When we win, it’s on the players. When we lose, it is my responsibility. The players are with me.”

At this level, you cannot be improvising. You need to have a plan which works or at least finding it early, like Deschamps and France did in 2018. Three years on, it is actually the opposite. Deschamps thought he had a plan after the opening match and the win against Germany.

Now the question is whether Deschamps will return to defend the World Cup title next year in Qatar, which he would not answer.

“I am sad tonight like the squad and the staff,” Deschamps added.

But it’s not hard to see the forest among the trees with this group. This France team actually did not have the spirit, the team spirit and the togetherness on the pitch of 2018. There was no plan at all. They never played as a team.

“We can’t look for excuses,” said French goalkeeper and captain Hugo Lloris, who saved a crucial penalty earlier in the game but could not stop any during the shootout. “In this squad, there are future great champions.”

Probably, but with Deschamps as head coach? 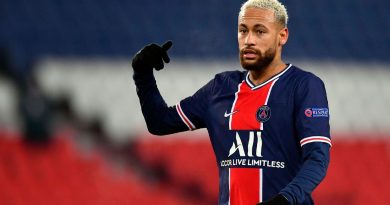 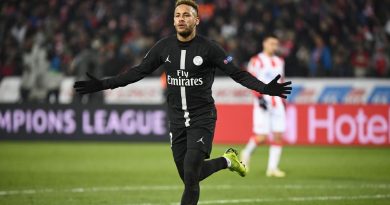