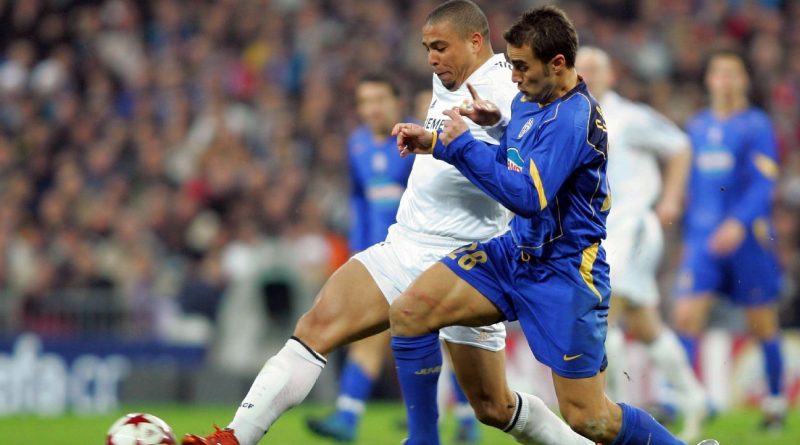 This article was first published on May 30, 2017 and has been updated.

Buffon, 40, has already said he will retire in the summer. But, barring a change of heart after his sending off at the Bernabeu, he will leave the game never having lifted the Champions League.

Using the starting point of the European Cup’s 1992 transformation into the Champions League, ESPN FC selects 10 other legends never to have tasted such success.

He was the finest European player of the early 1990s but “The Divine Ponytail” never got to emulate the success with AC Milan of Italy national team colleagues like Paolo Maldini and Franco Baresi (1989, 1990 and 1994), nor teammates Gianluca Vialli and Fabrizio Ravanelli with Juventus (1996). Or even, much later, Javier Zanetti with Inter Milan (2010).

And that was despite Baggio playing for all three those clubs during an illustrious career. The season after Juve sold him to AC Milan, they won the 1996 Champions League.

The final game of Bergkamp’s career saw him look on as Arsenal lost the 2006 Champions League final 2-1 to Barcelona. The first half dismissal of goalkeeper Jens Lehmann left Arsene Wenger with just two outfield substitutions and his 84th-minute, final throw of the dice was Jose Antonio Reyes.

Bergkamp’s fear of flying meant that he sparingly travelled to away matches on the continent and so reduced his contribution to Arsenal’s attempts to win a trophy that still eludes them.

After fouling Real Madrid’s Steve McManaman in the second leg of 2003’s semifinal, midfielder Nedved received a yellow card that meant he would miss the final in Manchester. Juventus were denied their best player for receiving the second booking of a season, in which played 16 matches to reach the decider against Milan.

In his absence, Juve lost on penalties after a dreadful 0-0 stalemate, meaning Nedved never got to celebrate a non-playing medal in the style of Roy Keane for Manchester United in 1999 or John Terry with Chelsea in 2012.

He was the dominant talent of the mid-1990s, a brilliant Brazilian striker who was twice made the world’s most expensive player: Barcelona bought him from PSV Eindhoven in 1996 for $19.5 million and then, one year later, Inter paid $27m for his services. Neither club, though, won a league or European Cup with him around.

A serious knee injury in 1999 led to a wilderness period before Ronaldo scored eight goals as Brazil won the 2002 World Cup. That won him a move to Real Madrid but, while he may be recalled for a glorious quarterfinal hat trick at Manchester United in 2003, Nedved’s Juve knocked Madrid out in the next round.

Before Lionel Messi and Cristiano Ronaldo took Champions League scoring to new levels, strikers Raul and Van Nistelrooy were its all-time leading scorers. For PSV, Manchester United and Real Madrid, the Dutchman was prolific, and especially under Sir Alex Ferguson.

Van Nistelrooy, who netted 56 goals in 73 appearances overall, was the competition’s top scorer in 2001-02, 2002-03 and 2004-05, but United never reached a final during his time at Old Trafford; their best effort being a semifinal run in 2002, his first season at the club. Real, his next destination, similarly struggled.

Italy’s 2006 World Cup-winning captain was a genuinely great defender and a true successor to the likes of Baresi. However, despite playing for grand clubs like Inter, Juventus (two spells) and Real Madrid, he would never conquer the Champions League.

He joined Madrid after Juventus’ 2006 relegation from Serie A following the Calciopoli corruption scandal and won Liga titles under Fabio Capello and Bernd Schuster’s management, but never got past the European Cup last 16 during his time in Spain.

In January 2010, Jose Mourinho allowed Vieira to leave Inter to join Manchester City. That May, Inter won the Champions League final in Madrid to complete a Treble. Vieira would never again play in a competition he had failed to win as Arsenal’s midfield leader and then later as a Juventus and Inter player.

Having left Milan for Arsenal in 1996, the tall, rangy and skilful Vieira become one of the continent’s best players and won World Cup and European Championship titles with France. However, Arsenal did better in the Champions League without him, reaching the 2006 final.

There were tears when the 40-year-old Totti played his final game at the Stadio Olimpico last year. He was its favourite son and leading man — alongside Gabriel Batistuta, another legend who failed to win the Champions League — as the club won the 2000-01 Serie A title.

But Roma have never been able to sustain themselves as a European force, with their best performances coming in reaching the quarterfinals of 2006-07 and 2007-08. Totti, a world champion with Italy in 2006, could never inspire them further.

Ibrahimovic’s departure to LA Galaxy from Manchester United surely ends his hopes of winning the Champions League, in which he has scored 56 career goals in UEFA competitions.

A prolific collector of 13 league titles with Ajax, Juventus, Inter, Barcelona, AC Milan and Paris Saint-Germain, he has only reached the European Cup semifinals once. That was at during a controversial season at Barca, when they were beaten in 2010 by Mourinho’s Inter.

He was a loser in 2013’s final when playing for Borussia Dortmund against his current club Bayern Munich but Lewandowski, still just 29 and scorer of 52 goals in UEFA competitions, can still fill in his Champions League blank.

Bayern lost in the semifinals for two seasons running under Pep Guardiola but are back there this season. Could he finally break his duck? 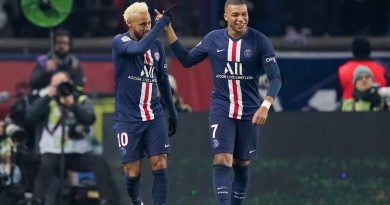 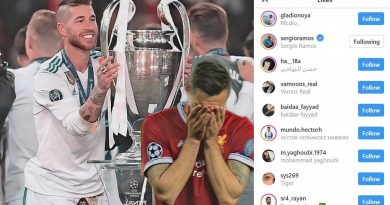 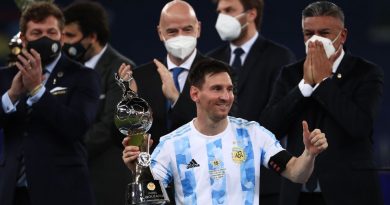 ‘I can’t explain how happy I feel’