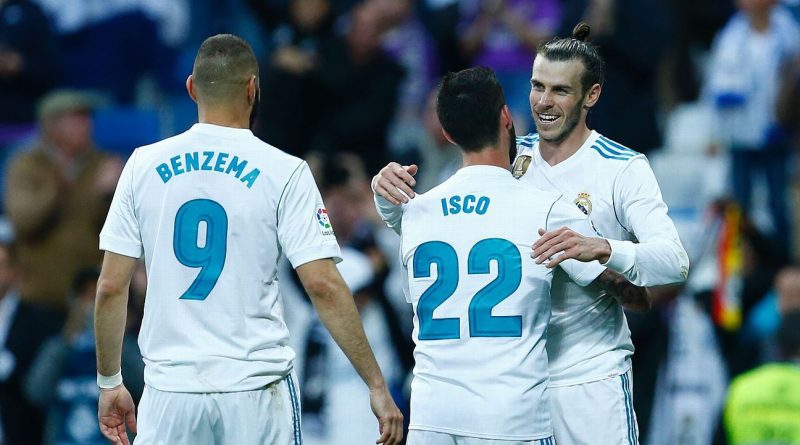 Zinedine Zidane’s side were keen to put on a show at home to cap a disappointing Liga title defence and did just that, sweeping aside Celta in a 6-0 victory. Gareth Bale grabbed a brace, while Isco, Achraf Hakimi and Toni Kroos also netted — along with a Sergi Gomez own goal — against visitors that had taken points from Barcelona and Valencia in their last four games.

Freed from the weight of expectation, Real put in arguably their best 45 minutes of league football since the 5-0 destruction of Sevilla in December. If Zidane’s side are in similar mood against Liverpool in Kiev two weeks from now, all their domestic woes will be consigned to memory.

None, other than the obvious question, doubtless asked by many season ticket-holders: Why did Real pull out a performance like this, given they side have been abject on so many previous occasions at the Bernabeu this season?

8 — Individually and collectively — and at a very convenient time — Zidane coaxed a performance reminiscent of the best of last season’s Liga triumph from his side. Real didn’t take their foot off the pedal even after Achraf’s fourth led Celta to give up the ghost.

GK Keylor Navas, 7 — Started the move for the opening goal and pulled off an excellent reaction save from a Daniel Wass header to continue his recent good form. It won’t stop rumours of a move for a “star” keeper this summer but Navas is playing the role to perfection right now.

DF Achraf Hakimi, 8 — Twice got beyond his tracker Lucas Boye early to deliver dangerous crosses and deserved to get on the score sheet, even if a few loose balls and positional slips won’t have Dani Carvajal too worried yet. Did enough to suggest he could be pushing the Spain international soon enough, though.

DF Raphael Varane, 7 — Played a curiously advanced role, which may be a clue to Zidane’s intent for the Champions League final, and distributed the ball impeccably while also covering set pieces with his usual aerial grace.

DF Nacho, 7 — Provided cover when Celta managed to release Maxi Gomez and was in the way of pretty much everything the visitors attempted in a typically no-fuss performance.

DF Marcelo, 7 — With little to do at the back, he camped in the opposition half and would have liked to get on the scoreboard on his 30th birthday while wearing the captain’s armband. But his constant incursions on the left were instrumental in carving Celta apart.

MF Casemiro, 6 — Lucky not to concede a penalty before a disallowed Celta goal but he owned the space where the visitors looked for profit from secondary balls in a low-key but typically industrious display.

MF Luka Modric, 8 — Picked out Bale with a through ball that took out the entire Celta defence and won his midfield bout with Stanislav Lobotka, who ranks fourth in recoveries in the league this season, by KO, pick-pocketing the Slovak to get the move going for Isco’s goal.

MF Toni Kroos, 7 — Teed up Isco and played a pinpoint ball for Bale on the hour mark before hitting Real’s sixth with a low strike. Kroos kept the ball rolling on the rare occasions that his side lacked an obvious attacking outlet.

MF Isco, 8 — Nominally started on the left of a front three but performed a roving role, delivering a beautifully measured pass from his own half for Bale’s second. Cracked in an Isco special from the left of the area and is a shoo-in for a start in Kiev on this form.

FW Gareth Bale, 9 — A timely reminder of what he can do against a high line and with the right service. Bale opened the scoring with a trademark gallop from the halfway line, leaving Jonny in his wake, and duped the Celta defender on his way to hammering a wonderful second. Had two decent chances to make it a hat trick before going off to a deserved ovation.

FW Karim Benzema, 7 — As ever, showed excellent movement to keep the Celta defence guessing and played a deft touch to assist Achraf. The naysayers will point to one shot on target, but Zidane knows what Benzema brings to the table and that’s why he’ll start against Liverpool.

FW Borja Mayoral, 6 — On for Benzema, he added an assist to his season’s tally by setting up Kroos’ late effort.

MF Marco Asensio, 6 — On for Isco, it was his cross that Gomez turned past his own keeper for the fifth.

FW Lucas Vazquez, NR — On for Bale, he stuck in a couple of impressive tackles in a standard energetic cameo. 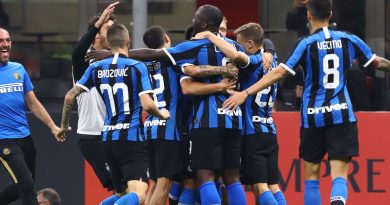 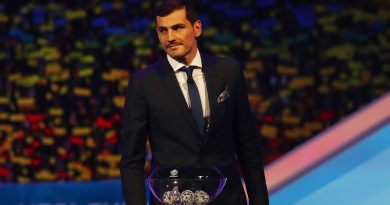 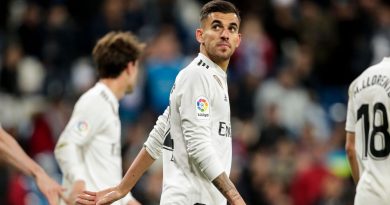