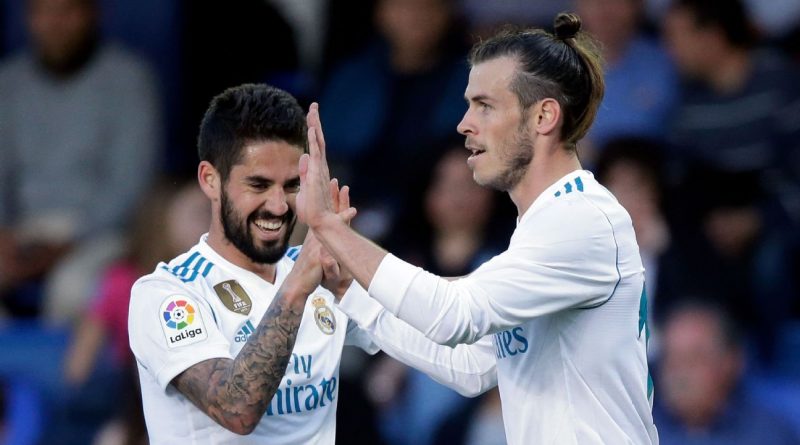 Real Madrid drew with Villarreal on Saturday night in La Liga in what was the most fitting way to end an inconsistent league campaign. After going up 2-0 in the first half, they let the hosts back into the game with a mixture of slack defending and poor defensive positioning. Despite having the Champions League final in their sights, this one will hurt because it reminds them of their fallibility and reinforces their inability to kill a game.

Dani Carvajal and Cristiano Ronaldo returned and appeared sharp and fit. The whole squad have a full week now to rest, recover and hone the finer details of their plans for the Champions League final. After a poor season, they can put this inconsistent league campaign behind them and Zinedine Zidane got to play Isco, Ronaldo and Gareth Bale together as a dress rehearsal for the game vs. Liverpool.

Real Madrid showed how brittle they are defensively yet again and allowed Villarreal back into the game with sloppy defending. It was also a sluggish performance from Zidane’s side although you would expect them to be conserving energy for next Saturday.

7 — Zidane wanted to give minutes to Ronaldo and Carvajal with both having missed time and did so along with playing his strongest side. It’s not clear how he will line his team up against Liverpool but he is too savvy to have shown his hand in a meaningless league game. The second-half collapse can hardly be blamed on him.

GK Luca Zidane, 7 — Not too many questions asked of him in the first half but made a world-class save from a free kick after a Luka Modric foul outside the box. Couldn’t do anything for Roger Martinez’s goal or for Samu Castillejo’s equaliser. Showed plenty of promise on his debut.

DF Dani Carvajal, 5 — Had his hands full with Roberto Soriano but was up to the challenge after being out for some time with a hamstring injury. Caught out of position badly for the first of Villarreal’s goals though.

DF Sergio Ramos, 6 — Played well if never fully taxed. Cleared a ball off the line in the second half that would have been a certain goal. Real Madrid’s best defender but the entire unit has issues that seem beyond repair.

DF Raphael Varane, 6 — Looked assured and never really tested by Villarreal’s attackers for long spells although he should have done better on Martinez’s goal when he backed off instead of closing the Colombian down.

DF Marcelo, 4 — It’s the same old story with Marcelo. He causes problems for Real Madrid when out of position in defence but has so much influence in attack. Lovely cross for Ronaldo’s goal and creates so much width with his constant movement up the line. Dreadful defending for Villarreal’s second.

MF Luka Modric, 5 — Even when Modric doesn’t play particularly well, his calmness and control are still evident. Taken off with half an hour to go and looked tired. Booked for a lunge on Soriano.

MF Casemiro, 7 — Subdued in attack and pinned back as the defensive midfielder that he emerged as in the early days. Made a couple of important stops including a last-gasp tackle with the score at 2-1.

MF Toni Kroos, 6 — Booked in the second half for a foul on Castillejo and looked to have hurt himself in the process. Attempted and completed the most passes in the game by any player but never looked threatening in attack. Solid but not spectacular.

MF Isco, 6 — Never looked truly involved in the game but was important in linking midfield and attack. He doesn’t need to be prolific in front of goal when Ronaldo and Bale are in such good form. Needs to improve defensively and could have worked harder to cover for Carvajal before Villarreal’s first goal.

MF Gareth Bale, 8 — He looks a certainty to start in Kiev now and opened the scoring with a nice move that showed off his strength, speed and finishing ability. Looks like he has regained all of his confidence. Madrid’s best player.

FW Cristiano Ronaldo, 7 — We were told Ronaldo would play for an hour in preparation for the Champions League final and he did. Fully recovered from ankle injury suffered in the Clasico a couple of weeks ago and scored a nice header too.

FW Karim Benzema, 6 — Replaced Ronaldo after 62 minutes. Forced a wonderful save from Andres Fernandez that would have won the game for Madrid and worked hard to break up a couple of counterattacks with hard running and well-timed tackles.

MF Lucas Vazquez, 5 — Came on for Modric after 62 minutes. Fairly typical performance with loads of energy and had a chance to win it late on but his volley went wide.

MF Mateo Kovacic, NR — Isco made way for the Croatian after 72 minutes but he didn’t make an impact on the game. 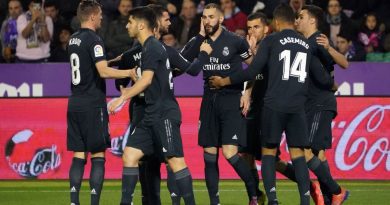 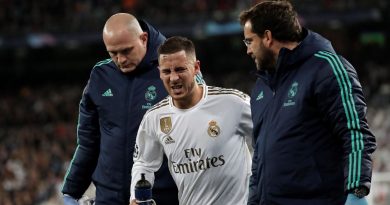 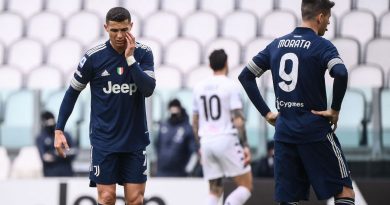