Paris Saint-Germain midfielder Georginio Wijnaldum could be set for a move back to the Premier League, with Sky Sports reporting that he is keen on the idea of joining Arsenal.

Wijnaldum, 31, is reportedly keen to return to England‘s top flight, just six months after leaving Liverpool for PSG on a free transfer as he has endured a mixed season in Ligue 1 and struggled to hold down a regular place in Mauricio Pochettino’s midfield.

Rather than resettling on Merseyside, though, the Netherlands international is said to want to join the Gunners, the club he admired as a boy. And with Arsenal boss Mikel Arteta looking to strengthen his midfield in north London, there could be an opportunity for Wijnaldum to make that dream a reality.

PSG, however, do not want to lose the midfielder mid-season, and Wijnaldum isn’t expected to publicly push for a move away.

Cabral, 23, would be a replacement for Dusan Vlahovic, who is closing on a potential €60m move to Juventus amid interest from Arsenal.

Fiorentina have offered €14m plus €2m in add-ons for the Brazilian, who has impressed in Switzerland with 27 goals in 31 games.

Hodgson, 74, is due to sign a six-month contract at the struggling Premier League club. He will replace Claudio Ranieri, who was sacked as manager on Monday after just 14 matches in charge.

Sources have told ESPN that Hodgson will be joined by long-time assistant coach Ray Lewington, with the duo charged with keeping the club in the Premier League this season amid a disastrous run of form that spelled the end of Ranieri’s time in charge. Sources added that Hodgson was at Watford’s training ground on Monday evening ahead of official confirmation of his move.

09.26 GMT: Anthony Martial is expected to arrive in Seville in the next 24 hours after Manchester United agreed to loan the player until the end of the season, according to Estadio Deportivo.

Sevilla will not pay a fee for Martial’s loan but will spend €5m as part of the player’s wages. United have reportedly agreed to also pay part of Martial’s salary.

The French striker has reportedly lowered his wages to facilitate his temporary move to Sevilla, is expected to train with them on Thursday.

08.46 GMT: Tottenham Hotspur have made an enquiry over the availability of Fiorentina midfielder Sofyan Amrabat, the Daily Mail reports.

The Morocco international, who is away with his national team at the Africa Cup of Nations, has failed to settle at the Stadio Artemio Franchi since his €20m move from Club Brugge in January 2020.

Amrabat, 25, has made just 11 leaguer appearances for La Viola this season, meaning that both the player and his club could consider a transfer to Spurs.

City believe they have seen off competition from AC Milan for the 21-year-old Argentinian with the final details to be ironed out before an agreement is reached. Sources have told ESPN the overall cost of the transfer could be less than £20m.

It is likely that Alvarez, who has already been capped five times by Argentina, won’t move to the Etihad Stadium until next summer at the earliest but sources have told ESPN he would be considered a first-team signing.

Until he is ready to move to England, City will consider loaning him back to River Plate or arranging another loan elsewhere.

– Juventus will make contact with Dusan Vlahovic in the coming days, according to Fabrizio Romano. The 21-year-old Fiorentina striker has been linked with a move away from La Viola since the start of the season, and it looks as though he can expect to receive contact from Turin as they look to make a case to secure his signature ahead of Arsenal.

– The future of FC Salzburg striker Karim Adeyemi is becoming clearer, with Sky Germany reporting that he has decided on Borussia Dortmund as his next destination. The Bundesliga club have reportedly already started talks over a permanent transfer for the 20-year-old Germany international.

– Calciomercato writes that Theo Hernandez has agreed to a new contract with AC Milan. The 24-year-old left-back has been on the radar of a number of clubs around Europe — most notably PSG, Manchester City and Chelsea — but he has instead chosen to remain at San Siro until 2026 in a deal worth €4m-a-year in wages.

– Hull City are plotting a move for former Liverpool star Ryan Babel, according to Hull Daily Mail. The 35-year-old has mainly featured as a substitute for Galatasaray this season, but with his contract set to expire in the summer, Hull are said to believe they can reach an agreement with the Dutch winger who is open to a return to England.

– L’Equipe reports that Lille left-back Reinildo Mandava is in Spain and will sign a pre-contract with Atletico Madrid. The 28-year-old Mozambique international has been a key part of the Lille’s recent success, making 25 appearances this season after helping his side to the Ligue 1 title in 2021, and will sign a deal that will see him move to the Spanish capital on a free transfer at the end of the season. 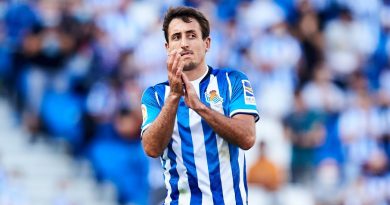 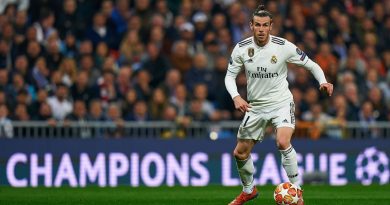 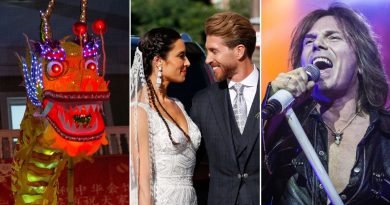 Toe Poke Daily: Sergio Ramos rode a dragon as ‘The Final Countdown’ played at his wedding

Jun 20, 2019 ayman022 Comments Off on Toe Poke Daily: Sergio Ramos rode a dragon as ‘The Final Countdown’ played at his wedding