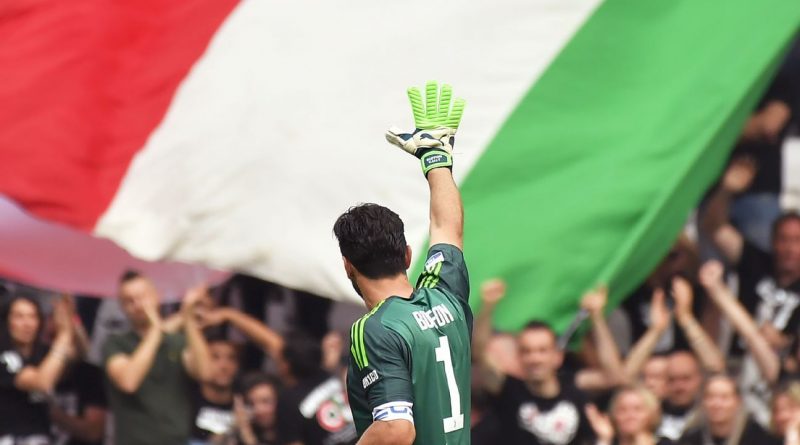 Juventus ended the Serie A season with a 2-1 win over Hellas Verona in a match that largely served as a celebration for the departing legends.

Hellas Verona have already been relegated, yet it was they who delivered the first offensive blow as Gianluigi Buffon came to the rescue, making the save. This game served to honour him. Standing ovations, hugs between the legend and all on the pitch, Buffon celebrated the fans as they cheered for him.

With Mario Mandzukic leading the line, Douglas Costa and Paulo Dybala provided excellent support yet Juve had to wait until the second half to register their two goals. However, Verona refused to bow down to the opponent and grabbed one of their own at the end, just after Buffon left the field for the last time in a Juventus jersey.

Juventus ended their season and said farewell to two important players and one legend by signing off with a victory. Goodbye to three men who proved instrumental in securing Juve’s domination and returning the Old Lady back to where she belongs, among the elite. So many trophies, so many celebrations, Buffon, Stephan Lichtsteiner and Kwadwo Asamoah, you will all be missed.

The realisation that this will be the last match Buffon will ever play for Juventus. Grazie Capitano.

7 — He has swallowed relentless criticism, asked if he was jealous of other coaches, told his way of football may never secure him a European trophy yet Massimiliano Allegri continues to produce excellence. Developing players, securing trophies and constructing and reconstructing the side, he’s Juventus’ secret weapon.

GK Gianluigi Buffon, 10 — For his immaculate performances over the years, stellar career and his graciousness, Buffon gets the perfect 10.

DF Stephan Lichtsteiner, 6 — Missed the penalty and very nearly scored an own goal, the player may have been a liability in recent times, but he also deserved his warm goodbye. To the Swiss Express, thank you for the seven Scudetti and the four Coppa Italias, you will never be forgotten.

DF Daniele Rugani, 6 — As usual, he can be capable of excellence as well as problems. Scored the goal but also at fault for Alessio Cerci’s goal.

DF Andrea Barzagli, 7 — The usual lion who can always be depended on at the back. His partnership with Buffon will be missed.

DF Alex Sandro, 5 — It has been a poor season for the full-back who has too many lapses in concentration when it comes to ensuring safety at the back. He needs to return to being the player he was last season.

MF Claudio Marchisio, 7 — Consistently looked to take shots, provide energy and exploit the right gaps. How many accurate and perfectly delivered long balls? Ambitious and intelligent, he deserves to play with greater continuity.

MF Stefano Sturaro, 5 — He always tries to give everything he has but he’s not suited to this level. Struggles with the basics.

FW Paulo Dybala, 7 — Very nearly scored a difficult goal in the first half, worked hard to provide for Mandzukic and provided Gonzalo Higuain with an excellent opportunity. A good performance from the player who will be relied upon greatly next season.

FW Mario Mandzukic, 6 — He tried to make the most of his aerial ability and the support his teammates provided but while he has ambition and good ideas, his execution wasn’t great, wasting chances.

FW Douglas Costa, 6 — His attempts at creating offensive danger allowed Rugani to score his goal. Always positive, the player relentlessly looked for ways to cause the opponent problems.

MF Rodrigo Bentancur, 6 — One to watch in the future, he came on and managed his tasks well, with character and authority. But he needs to be careful — he can be dispossessed easily.

GK Carlo Pinsoglio 6 — The goal wasn’t his fault but he made two good saves.

FW Gonzalo Higuain, 6 — Came on and delivered three shots, one on target and created danger. Juve’s most valuable player. 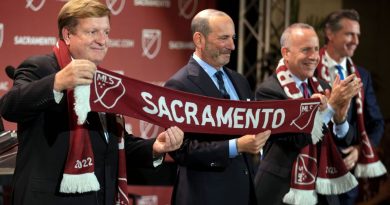 Where does Sacramento stand? Could another city snatch up its place?

Apr 2, 2021 ayman022 Comments Off on Where does Sacramento stand? Could another city snatch up its place? 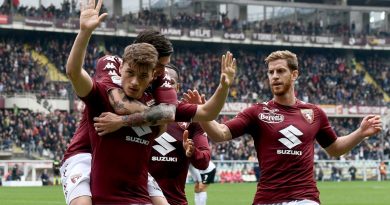