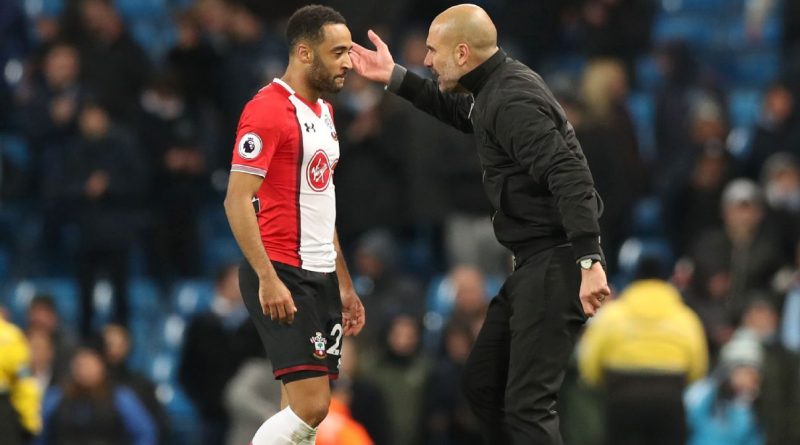 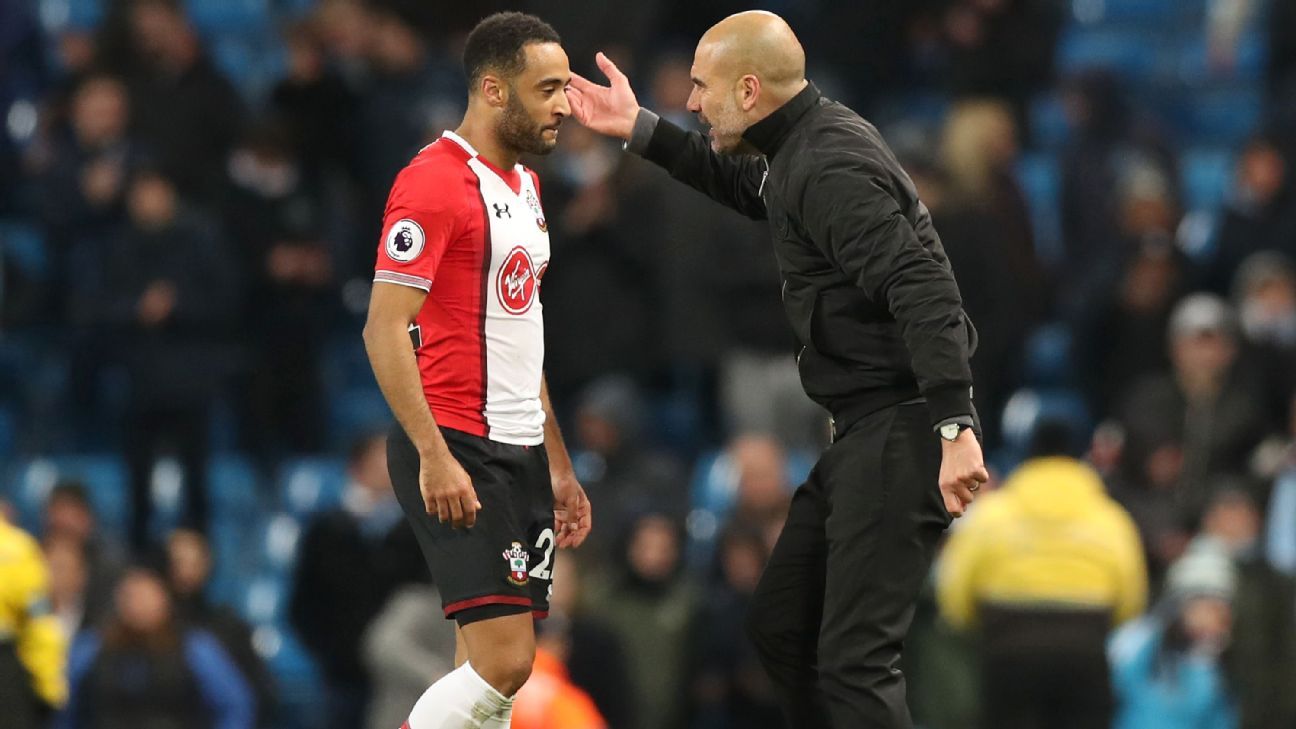 The 2018 season is over for teams in Europe. But here are 18 things you might have forgotten happened.

1. Arsenal won a trophy — and Sead Kolasinac was hailed as a cult hero

August’s hopes and dreams are distant enough by now, but the curtain-raiser of the Community Shield traditionally does well to stay in the memory for more than a few weeks. After Sead Kolasinac had taken less than 50 minutes to acclimatise to English football — scoring a later equaliser in a 1-1 draw with Chelsea that then saw the Gunners win 4-1 on penalties — Arsenal fans summed up the giddiness of late summer by taking him instantly to their hearts.

Two early goals — one a belting volley against Cologne in the Europa League — and two assists certainly helped, but cult heroes tend to have a more niche USP than that. In the Bosnian’s case, it was his physique. Theo Walcott described him as “an absolute animal” and “a tank”, and he was the symbol of everything Arsenal weren’t. Then they lost to Stoke.

2. The season began on a Friday night, and what a night it was

The purists were slightly put out when it was announced that the Premier League season would kick off with a single game on the traditionally football-less night of the week.

Arsenal vs. Leicester already promised some latent chaos: the Gunners led after two minutes, then were 2-1 down after half an hour, only for a late Olivier Giroud intervention to tip the seven-goal scales their way to win 4-3. Arsenal finished the game with a midfielder at right-back, two left-backs at centre-back and a right-back at left-back — this sort of thing should never happen on day one.

The calendar year of 2018 has not been kind to Alvaro Morata, a visibly uncomfortable presence up front for Chelsea, with more bookings for dissent than goals since January. Back in early autumn though, it all looked so different.

Tidy header after tidy header was tucked away by a man finally granted top billing after a few years of being the understudy. A hat trick against Stoke was another Premier League test passed with flying colours, followed soon after by another glance off his immaculate fringe to set Chelsea on the way to a superb win away at Atletico Madrid in the Champions League group stages.

His contribution was always going to be more subtle than Diego Costa’s one-man war routine, but the way his confidence fell off a cliff around the turn of the year was astonishing.

Even for a noted and decorated attention-seeker such as Cristiano Ronaldo, to squeeze so much drama into 24 minutes was quite the feat. In fact, it all unfolded in the space of two minutes.

Cristiano Ronaldo’s having a day:

And he was a sub!

Real Madrid beat Barcelona 3-1 that night (and a 2-0 win in the second leg saw out a 5-1 victory on aggregate), but the repercussions were felt beyond Camp Nou though. Ronaldo’s red card — and his shove of referee Ricardo de Burgos Bengoetxea as he left the field — earned him a five-match ban, during which Real dropped four points at home to Valencia and Levante. By the time he returned, Barcelona were top of La Liga. And they haven’t budged since.

There were precious few moments in this Premier League season where it felt like Manchester City were on the back foot. Just four games into their masterful 18-win run, though, Sergio Aguero threatened to throw a spanner in the works. After leaving a concert in Amsterdam, his taxi struck a lampost and left the Argentine with a fractured rib.

“I’m not the police,” Pep Guardiola shrugged when asked if he had known Aguero’s whereabouts just 48 hours before they visited Stamford Bridge and Chelsea. Manchester City’s response to this mild adversity? Suffocating the defending champions before Kevin De Bruyne applied the killer blow for a 1-0 win, putting seven goals past Stoke, and then taking care of a dangerous Napoli in the Champions League. Some crisis.

6. Frank de Boer was sacked by Palace without them scoring a goal

It was the most barren start to an English league season in its 129-year history. Even when Roy Hodgson came in to fix De Boer’s mess, their winless and goalless run extended to seven games, leaving Crystal Palace as the only one of 316 top-flight teams in Europe’s top 20 leagues to have failed to score by that point.

“We are a boxer fighting in a class he’s not able to handle,” Hodgson admitted, rather creatively. “We took blows to the chin and got knocked down, but we didn’t stay on the canvas. We tried to get up as best we could.”

Eight months later, Palace had made even more history: the first team since 1899-00 to avoid relegation from the top division despite losing their first seven games. De Boer remains without a job.

7. Slaven Bilic ran out of credible excuses at West Ham

As West Ham prepared to welcome Brighton to the London Stadium in October, the beleaguered Bilic had to dig deep for a new explanation for their uninspiring form. This is what he found.

“One idea we have had is to change the colour of a large part of the surrounding area which frames the pitch,” he wrote in the London Evening Standard. “Imagine you are a player, you are running back to defend or you are joining the attack — you look up and it is not easy, because everything is green ahead of you, to appreciate exactly where is the end of the pitch and that can psychologically affect your willingness to do it.”

8. Dele Alli gave Kyle Walker the finger and got banned

As disciplinary cases go, this was a novel one for FIFA to deal with. During England’s World Cup qualifier against Slovakia, Dele Alli was spotted by TV cameras raising a middle finger — its target unclear.

Alli was quick to clarify that it was nothing malicious and that it was just a joke with teammate Kyle Walker, but FIFA remained unimpressed and he was given a one-match ban.

Stadiums — especially those as gargantuan as Barcelona’s Camp Nou — are not designed to be empty. Amid chaotic scenes in the city sparked by the result of the Catalonian independence referendum, the club asked for the game to be postponed. When La Liga refused, it was announced that the match against Las Palmas would be played behind closed doors.

It made for a strange atmosphere but, from a footballing perspective, nothing unusual: Lionel Messi scored twice and Barcelona won 3-0.

It was the sort of “Battle of the Egos” that only serious money could buy. When you spend big and bring in big names, you have to expect the big baggage that comes with it. Against Lyon in September, Edinson Cavani volunteered himself to take a free kick for Paris Saint-Germain against Lyon, only for Dani Alves to snatch the ball away for his friend Neymar.

Minutes later, a penalty was given. Again the two squabbled over the ball: Neymar finally relented and Cavani missed from the spot. Throw in a rumour that Cavani had been offered a €1 million bonus to surrender penalty duties to the world’s most expensive player and things started to get very silly.

It only takes one TV interview to realise that Pep Guardiola’s football brain isn’t wired like most managers’. There is an intense earnestness about him, demonstrated perfectly by the way he confronted Southampton’s Nathan Redmond after Manchester City had snatched a late win at the Etihad in November.

As it turned out, rather than berating one of the opposition Guardiola was in fact offering one of his furious motivational speeches to a player he thought was operating within himself. “I said to Nathan: ‘You have to attack because you have the quality to do that.'”

Redmond released a statement saying Guardiola “was very passionate, intense and aggressive but he was only very complimentary and positive to me.” He added: “I told him I was doing what my manager had asked me to do in the game.”

12. Patrice Evra kicked a Marseille fan in the head

“In such a context, the conditions were no longer met for Patrice Evra to accomplish his mission serenely and above all effectively.”

So went the matter-of-fact official Marseille statement announcing that Evra’s contract had been terminated. The tipping point? Evra had aimed a karate kick at a misbehaving fan before kick-off of their Europa League tie away at Vitoria de Guimaraes.

For his Eric Cantona tribute, Evra was fined by UEFA and banned from all European competition for seven months — not too much of an issue, since he then signed for West Ham.

13. Benevento finally got a first Serie A point, thanks to their goalkeeper

It was the same old story: a newly-promoted club lose 14 league games in a row, then go to Milan and scrape a 2-2 draw… thanks to a 96th-minute header from their goalkeeper.

Despite signing Bacary Sagna, Benevento were still relegated by some margin, but they will always have the moment that Alberto Brignoli stunned the San Siro.

14. The tunnel fracas after Man City won at Old Trafford

As always with these second-hand stories of behind-the-scenes football violence, the glory was in the detail when Manchester United and Manchester City came to blows in the tunnel at Old Trafford in December.

Mourinho reportedly confronted goalkeeper Ederson with the words “you f—ing show respect. Who are you?” and was then squirted with water before having milk cartons thrown at his head as City celebrated a 2-1 win that opened up an 11-point gap at the top of the Premier League.

15. The Christmas cracker of Arsenal 3-3 Liverpool

Even English football’s appetite for festive football drew the line at staging a match on Christmas Eve. A backlash from supporters forced Liverpool’s visit to Arsenal to be moved back two days, but that was swiftly forgotten in frantic encounter at the Emirates.

Liverpool led 2-0, only for Arsenal to score three times in the space of five second-half minutes before Roberto Firmino forced home an equaliser. You were left unsure if this was a good advert for a winter break or not.

“Philippe Coutinho is ready to light up Camp Nou. Get your 2017/18 FC Barcelona kit with the Magician’s name on it.”

This premature New Years’ Eve commercial copy was a very 21st-century way for an imminent transfer to be leaked. Nike swiftly deleted the article, Barcelona denied all knowledge, Jurgen Klopp laughed it off. And Coutinho was a Barca player, sold for £142m, a week later.

17. Manchester City used Chelsea as training cones at the Etihad

It was one of the most bizarre Premier League spectacles, and the amazing thing was that it finished just 1-0. Chelsea arrived at the Etihad to face the runaway league leaders and, frozen by a mixture of fear, awe and self-doubt, stood and watched as City tapped the ball between themselves with less urgency than a pre-match warm-up.

No Premier League team had ever made more passes than their 902 that afternoon, and no team — let alone defending champions — has ever been comprehensively thrashed before a ball has even been kicked.

18. Gareth Barry and friends stole a taxi in Barcelona

Alan Pardew, reflecting on West Brom’s supposedly morale-boosting warm-weather break in Barcelona, which came right in the middle of a nine-match losing run that sent them spiralling towards the Championship.

The incident in question? The unlikely quartet of Gareth Barry, Jonny Evans, Jake Livermore and Boaz Myhill commandeering a taxi from outside a McDonald’s and driving it back to their hotel. This wouldn’t have happened under Darren Moore’s watch. 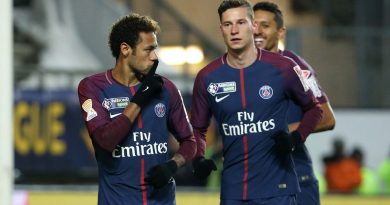 Chelsea ready to step up interest in Inter striker Lukaku

May 31, 2021 ayman022 Comments Off on Chelsea ready to step up interest in Inter striker Lukaku 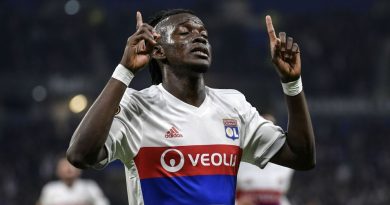