Jan 19 (Reuters) – Striker Sadiq Umar scored his first goal for Nigeria as they eased to a 2-0 victory over Guinea-Bissau in the Africa Cup of Nations on Wednesday to ensure a full haul of nine points in Group D and oust their opponents from the tournament.

Umar, who has been criticised for some glaring misses in previous games, netted when Kelechi Iheanacho’s excellent pass with the outside of his boot across the goal provided a tap-in for the tall forward at the back post.

Nigeria were in cruise control and scored a second as William Troost Ekong netted from close-range after Moses Simon had hit the crossbar following a mazy run into the box.

Nigeria had already won the pool before kickoff, but became the only team to enter the second round with three wins. Egypt finished second with six points, while Guinea-Bissau and Sudan ended with a point each. (Reporting by Nick Said Editing by Toby Davis) 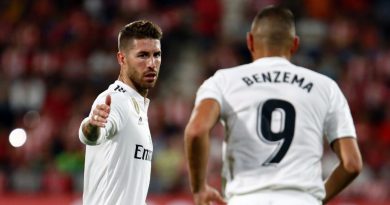 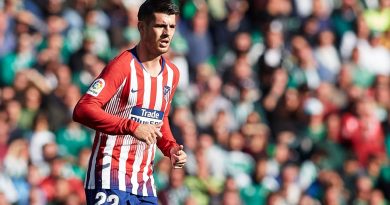 Feb 21, 2019 ayman022 Comments Off on Alvaro Morata on Real Madrid past Not even Jesus Christ was liked by everyone 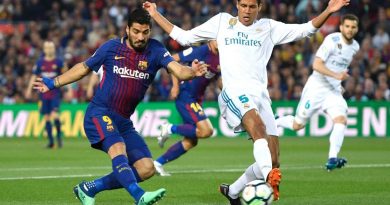 May 7, 2018 ayman022 Comments Off on Lionel Messi and Luis Suarez help Barcelona to draw with Real Madrid in Clasico