Gyasi Zardes‘ international career has been harder to kill off than one of those horror movie heroes. No matter how many times The Next Big Striker comes around, ready to supplant him, the Columbus Crew forward keeps coming back to score goals for the United States.

Thursday’s Gold Cup semifinal against Qatar was just the latest instance. On a night when the U.S. was largely outplayed by the reigning continental champions from Asia, Zardes was in the perfect place at the perfect time, redirecting Nicholas Gioacchini‘s low, centering feed in the 86th minute — after earlier good work from another substitute, Eryk Williamson — to give the Americans a 1-0 victory and a spot in Sunday’s final.

That Zardes played the role of hero is likely a surprise to many observers. There have long been calls to replace him with younger, more technical players. But the Crew forward’s continued impact isn’t a surprise to Gregg Berhalter. He has long had an affinity for Zardes, rescuing the forward’s career after he had fallen out of favor — and even spent time at right back — during his final season with the LA Galaxy in 2017.

Even in this tournament, Zardes has been far from first choice, with the bulk of the minutes going to Daryl Dike. But Berhalter has never forgotten what Zardes can do. The forward’s six goals led the team in 2019, the last full campaign prior to the pandemic. And with Dike struggling, Zardes was given the chance to make an impact off the bench. He delivered once again.

“He’s the ultimate team player,” said Berhalter about Zardes after the match. “And he supports the whole team, and all he wants is for the group to win. I think he came in and made a big impact, and that’s the type of guy he is. His work rate is always there. He always is dangerous for chances. And he showed it again today.”

It was a night where if this had been a boxing match, the U.S. would have been way behind on points. As is its habit, Qatar was content to cede possession and try to nail the U.S. on the break. But not only did the Qataris threaten in transition, there were also times when it effectively carved apart the U.S. defense form a patient buildup.

“I think the problem the first half was our attacking mids weren’t in the pockets enough, and we didn’t find them enough in dangerous positions to then activate the wingers and the forward behind backline,” said Berhalter.

The U.S. manager also bemoaned his side’s inability to win duels, and he mentioned that is something that will have to improve in the final.

Had it not been for U.S. keeper Matt Turner, Qatar might very well have put the game beyond the Americans reach before halftime. According to ESPN Stats & Informatioin, Turner was credited with just three saves, but two in particular were outstanding, with Turner pushing a deflection from teammate James Sands around the post in the 13th minute, and then getting his fingertips to Abdulaziz Hatem’s attempt three minutes later.

At that point, Turner — and some of his teammates — had taken up residency inside Qatar’s collective head, and it proved pivotal in the 61st minute. After a lengthy VAR review, Sands was judged to have taken down Akram Afif. Kellyn Acosta then engaged in some gamesmanship in terms of trying to unsettle Qatar penalty taker Hassan Al-Haydos. Al-Haydos then tried to chip his attempt into the net, but sent it over the bar instead, and the U.S. was still alive.

“Listen, I don’t think that the words that [were] said will be good for a press conference, but it’s just normal back and forth,” Turner said about the lead-up to the penalty attempt. “It was a big moment, obviously, in an international tournament. Tensions are high, emotions are running high. And for me, I just tried to let the guy know that I knew, that I’ve been watching his penalties.

“I think even beforehand, I kind of like mimicked his run up as I was heading back to my goal, to try to just mess with him a little bit. Wait as long as possible in the middle, because I knew that he chipped down the middle earlier in this tournament, and see what happens from there. So even though I sort of went the wrong way, I’d like to think that a combination of all things — my team delaying the shot, me holding my ground — all sort of led to that moment. And it was a big moment for us, and we were able to take that momentum forward for the last 30 minutes of the game and get the goal.”

If that exchange marked the turning of the tide, a series of U.S. substitutions tilted the game even further in the Americans’ direction. Zardes, Cristian Roldan and Reggie Cannon entered in the 63rd minute. Williamson — scarcely used in the tournament — and Gioacchini made their entrance in the 81st minute. Qatar had shown a tendency to tire in the second half of games, and the introductions proved decisive.

“When the subs came in, there was much more movement, much more of a threat to the backline,” said Berhalter.

The fatigue that Qatar was feeling, one they admitted to in their post-game interviews, was something that Zardes noticed right when he came on the field.

“I looked over at a couple of their defenders, and when I saw him huffing and puffing after I ran the channel once I was like, ‘You know what? That’s gonna motivate me to keep running and working hard, just so we can we can [win] this game and not go into overtime,'” he said.

And it was Zardes who delivered the knockout blow, delivering a first-time finish after clever work from Gioacchini and Williamson. Zardes has long said he doesn’t pay any attention to the comments made about him. And as for not starting, Zardes professes his faith in the decisions that Berhalter and the rest of the coaching staff make, and if that means he’s on the bench, then so be it.

Now Zardes and the rest of his teammates have one more game to play. On the one hand, reaching a Gold Cup final is expected of the U.S., regardless of who takes the field. But given the relative inexperience of the group, this team has done well to get this far, and has found ways to win under difficult circumstances. While it remains to be seen who from this group will get called into the full team when World Cup qualifying starts, that mental fortitude is a valuable trait to have.

They’ll have a chance to show off that attribute again on Sunday. 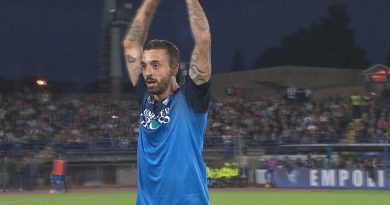 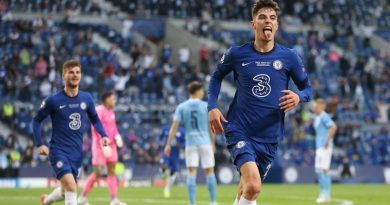 May 30, 2021 ayman022 Comments Off on Chelsea’s Kai Havertz on Champions League win 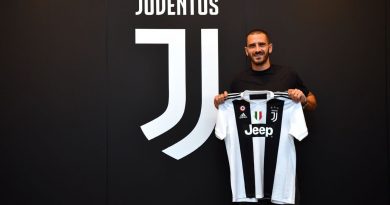