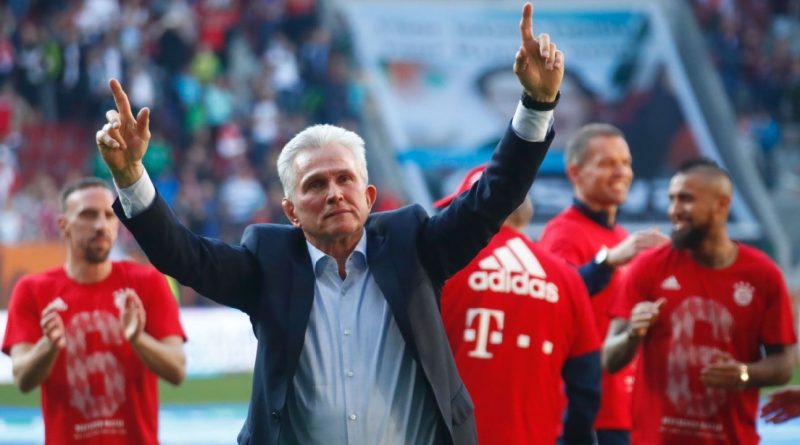 In recent years, football’s biggest clubs have become very adept at deflecting from poor results with positive off-the-pitch developments. A huge defeat in the Champions League? Quick, let’s bring forward the announcement of the new engine oil partner. Nothing more to play for in the season? Time to leak interest in a star player or two for the following campaign. Or better still, unveil a new signing to wrest away some column inches from your fiercest rivals, who –coincidentally — have just won the FA Cup two days before. That’s what Chelsea did when they introduced Germany captain Michael Ballack to the press in May 2006, 48 hours after Liverpool’s 3-1 final win over West Ham in Cardiff.

Ballack’s previous club Bayern Munich, too, will have the odd contract extension or delicious rumour in store for the day they’ll exit the Champions League (or lose the final in Kiev). But curiously, the German champions have played this game the other way around this season. For them, excellent results — a sixth German championship, likely qualification for the Champions League semifinal — have kindly diverted attention away from the club’s wider, pretty worrying state of affairs.

First and foremost, Bayern’s continued search for a new manager has become an unedifying spectacle. Whereas Jupp Heynckes’ big-name predecessors Carlo Ancelotti, Pep Guardiola and Heynckes himself were signed with minimum fuss and in good time, well in advance of the following campaign, whoever the board will announce at their self-imposed deadline in three weeks’ time cannot pretend to have been first, second or even third choice.

Peter Neururer, the former Hannover 96 and VfL Bochum manager, might still be right in principle that the Bavarian giants “could get any manager they want”, but president Uli Hoeness’ relentless and ultimately fruitless pursuit of Heynckes over Christmas has wasted valuable time and seen viable contenders such as Paris Saint-Germain-bound Thomas Tuchel run out of patience. For a club that prides itself on getting their own way, each and every time, it’s been a chastening, unnerving experience.

Heynckes’ superb talent for keeping the team happy and playing successfully has ensured that there have been no immediate negative repercussions. But the uncertainty surrounding the identity of the next man on the bench has made planning for the coming season much more complicated.

Despite CEO Karl-Heinz Rummenigge’s insistence that there was “no reason not to extend the contracts of Franck Ribery and Arjen Robben” beyond this May, the latter has yet to receive a formal offer. Bayern are wary of burdening the new and possibly inexperienced coach with the burden of having two ageing wingers who will need to be micro-managed every time they’re not the in the starting XI come August. Until they know who’ll be in charge, they can’t really take a view on whether a total of four wide attacking players made up of the aforementioned duo plus Serge Gnabry and Kingsley Coman are too many or good enough.

A more prominent coach, such as Luis Enrique, who might well come into contention in light of the paucity of the German-speaking market, could well insist on bringing his choice of creative player with him. Bayern are continuing to monitor a host of forwards, including Bayer Leverkusen’s exciting young winger Leon Bailey, to prepare for such eventualities, but will be forced to make any moves at a much later stage in spring than they would have preferred.

Throughout the past few years, one of the club’s secrets has been to complete transfers very early, in advance of the wealthier clubs and certainly well before the players in question have seen their profile and price tags raise after impressive performances at major tournaments. If this policy is set to continue, the bosses at Sabener Strasse will have to work inside a very narrow window of about four weeks in May to complete the squad for the 2018-19 campaign.

It won’t be easy. A Real Madrid move for Robert Lewandowski, one of Bayern’s key players, is only likely to materialise after the World Cup and thus holds much potential for disruption. Bayern are privately bracing themselves for renewed interest in left-back David Alaba and centre-back Jerome Boateng. The Germany defender had been so disillusioned with life under Ancelotti at the beginning of the campaign that some middle men had begun to look for an escape route.

On top of all of that, the club and their new coach will have to agree on whether Bayern will at last adapt to the changed realities of the market by paying transfer fees inching closer to €100 million for recognised star performers or continue to recruit players with potential for growth on the €30m-€45m shelf.

The club’s to-do list is so long that both Rummenigge and Hoeness seem to have delayed changing of the guard at boardroom level. The two men in charge since the turn of the century are reluctant as ever to make way for a new generation in light of the huge challenges ahead.

By being so perfect for the job that no one else comes close, Heynckes has inadvertently made the necessary reform process that much harder. But the 72-year-old has more than made up for it by focussing minds on the here and now. The more he wins and stokes Bayern’s Champions League dreams, fewer supporters will stop and wonder about the club’s considerable problems to shape up well for the next few years. 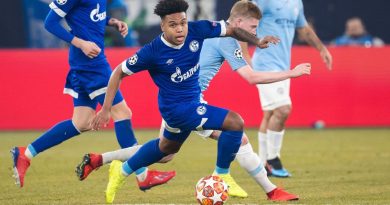 Mar 12, 2019 ayman022 Comments Off on Weston McKennie exclusive US star motivated by Schalke coach Tedesco and The Rock 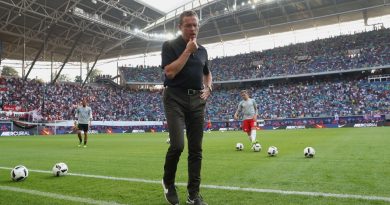 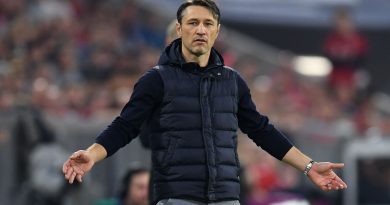