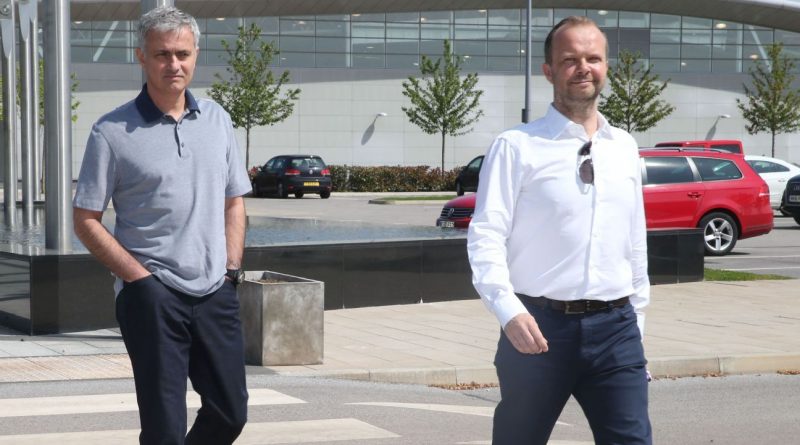 While it bubbles under throughout the year, transfer speculation and gossip really ramps up in the month of January and throughout the summer, when the windows are open for clubs to buy and sell. Chatter is non-stop as reports, rumour and rhetoric see names linked with moves.

But what happens beyond all the talk? For example, what steps are taken by Manchester United, who agreed a deal on Tuesday to make Brazilian international Fred the first signing of this window, to finalise targets?

Around the start of the year, manager Jose Mourinho, executive vice-chairman Ed Woodward and head of corporate development Matt Judge start working with a list of names in whom there is interest. Factoring into this will also be any young players, already at the club, who are good enough to break into the first team.

The approach is adaptable, but it’s better to plan and, eventually, United will have a list of three priorities for each position they want to strengthen.

“A club like United will first identify the best players in the world in the positions they want,” a source familiar with the club’s methods tells ESPN FC. “But there’s one thing saying that Marcelo is the best left-back on the planet; he’s not going to leave Real Madrid. And Jordi Alba is not going to leave Barcelona, either.

“United — a club which likes name signings and are of the opinion that five Galactico players win the Champions League — are less likely to shatter the bank for a defender,” the source continues. “United look at the players who might be more gettable in the positions they want, while still remaining open to the idea of getting the very best.”

Another factor is that footballers are unpredictable and situations change. Players can be unhappy and push for a move: Sergio Ramos and Andres Iniesta both made themselves to United in recent years but, despite there being reciprocal interest, both ended up signing new contracts with their clubs.

By February, leading agents will speak to top clubs to find out the type of player they seek in the summer. At United, this work is done by Judge and is kept low profile on purpose because, if clubs know their players are being watched, it doesn’t help United’s cause.

Meanwhile, there might be a need to be closer to some agents than others; if one has a sought-after player, a club’s chances of signing him might improve if they show interest in getting another client.

Agents also suggest names that are not already be on lists. The biggest clubs have resources to watch many players, but those identified will be scrutinised more closely to see if they’re likely to fit in with a new team. Clubs make use of bigger scouting networks — United currently have five scouts in Spain, for example — and combine their information with historical reports or, maybe, interest from the manager.

“United will have an idea of what they want to spend at any point and need to prioritise budgets for the positions they most need,” one agent tells ESPN FC. “The club might string an agent along a little if needed — let him think he’s in with a chance of moving his player to Old Trafford — but they’re likely to do that with two or three agents for the same position. United are usually in a strong position if the numbers are good because they’re one of the richest clubs in the world but, if other clubs are in for players in demand then they’re just another option.”

What are the disadvantages to being a club of United’s size? It’s difficult to move on a high-salaried player if he’s being paid over the odds for his talent level and has a big contract. Either he has to take a wage cut or the transfer has to be subsidized by the seller. For example, in 2014 United paid nearly all of Nani’s salary when he went on loan to Sporting Lisbon.

Timing is another variable when it comes to transfers and groundwork might be done in order to go back for a player further down the line: Ander Herrera arrived in 2014 a year after United failed to sign him. By contrast, Alexis Sanchez arrived in January of this year — earlier than planned — because a) he was available in January and, b) Manchester City were interested. United acted when they had the chance. The case of Cristiano Ronaldo offers another perspective: He was not a target in 2003, until he shredded United’s defence in a preseason friendly.

During Sir Alex Ferguson’s time in charge, he and chief executive David Gill were hands on when it came to transfers, but new roles have since been created at United. John Murtough, head of football development and former Premier League head of elite performance, arrived when David Moyes was manager. Murtough is an important figure and works with Woodward and Judge on the football side, whereas managing director Richard Arnold has nothing to do with recruitment.

The ongoing transfer window presents an added pressure, because the Premier League has brought forward its deadline day to Aug. 9, two days before the new season begins. The agent told ESPN FC that this is a big issue.

“The rest of the world have until the end of August. Premier League clubs might now lose the opportunity to sell players. It means business is being done now, with deals tied up earlier, but it’s still complicated. Wealthy clubs, flush with TV money, are not under the same pressure to sell as they were before.”

It’s not only the clubs that are affected by this change: In the past, players have been able to gauge their place in the pecking order in the early weeks of a campaign. When Andreas Pereira was not named in a United matchday squad for the first three games of the last two seasons, despite playing well in preseason, he felt he would have to go on loan to get minutes.

The World Cup does not really affect what United are doing. The players they want have long been on the radar, though a “breakthrough” star could become attractive to the biggest clubs, as James Rodriguez was to Real Madrid after starring for Colombia in 2014.

And so, with the eyes of the world set to turn upon Russia, the biggest teams will continue to prepare for the new season. United, like everyone else, will seek the player — or players — to bring them success.

“In my experience, players want to move to a big club where they’re going to play and win trophies. Everything else is second to that,” another agent told ESPN FC. “Players long wanted to play for Jose Mourinho as they knew he was a winner; the allure was there. That’s a little less so now because United aren’t one of the best teams in the world any more, but it’s still a very attractive club to play for.” 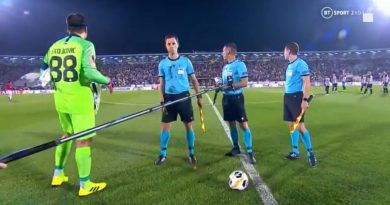 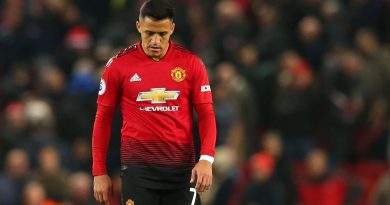 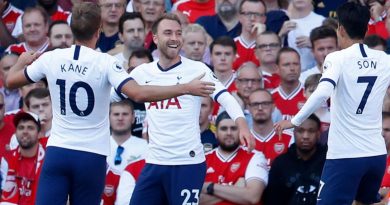