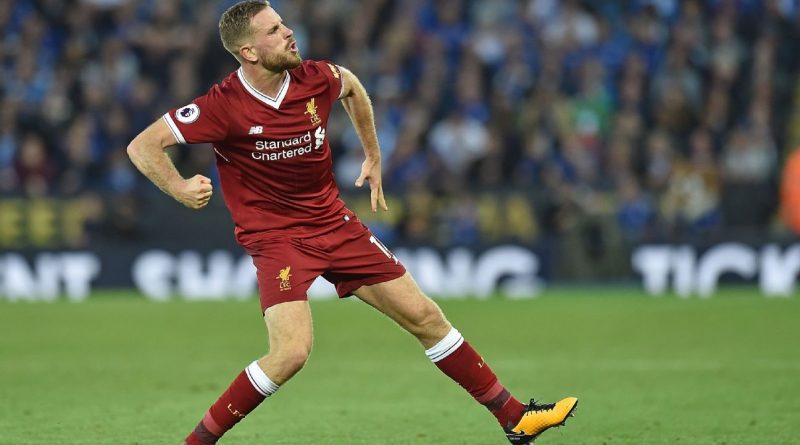 They don’t have a song for Jordan Henderson at Liverpool. The Kop used to have a chant about the midfielder and Brendan Rodgers, but ever since the former manager was sacked in October 2015, the man now wearing the captain’s armband at Anfield has quite literally become the team’s unsung hero.

Such is life for the 27-year-old. In Kiev this Saturday, he could become only the fifth Liverpool captain to lift the European Cup, joining an illustrious list that includes Emlyn Hughes (twice), Phil Thompson, Graeme Souness and Steven Gerrard.

Beyond those Anfield icons, the men who have hoisted the trophy since the turn of the decade reads like a shortlist of players who belong in a World XI. So is Henderson ready to put his name alongside Sergio Ramos, Andres Iniesta, Iker Casillas, Philipp Lahm, Frank Lampard, Xavi and Javier Zanetti?

As recently as March, when Henderson was dropped to the bench by Jurgen Klopp in favour of Emre Can for the 2-1 Premier League defeat at Manchester United, the former Sunderland player has had to overcome the doubters and those who believe he has assumed his senior role at Liverpool by accident rather than design.

That may ultimately be the case, but those who know Henderson and have worked with him closely during his progression from hungry rookie at Sunderland to Liverpool and England regular will tell you that the player and the man has always been defined by the determined streak that has taken him to the brink of lifting the European Cup.

“Jordan cost Liverpool £20 million when he came from Sunderland in 2011, and Kenny Dalglish, the manager at the time, wanted to find a place for him in the team, and he initially played a lot of games on the right of midfield,” Jamie Carragher, Henderson’s teammate at Anfield between 2011 and 2013, told ESPN FC.

“It took him time to find his feet. He could be a very intense character back then who would get frustrated and emotional at times, but I remember him having spat with Luis Suarez in training one day and I just thought: ‘Do you know what? He has something.’

“They didn’t come to blows or anything like that, but Jordan and Luis clashed over something and exchanged words, but Jordan stood up to him.

“That’s not easy as a young player, especially with Luis being one of the older, established pros, but it showed Jordan’s determination, and a lot of us, myself included, wanted him to do well because he was so enthusiastic and clearly hungry to succeed.”

The roots of Henderson’s character can be traced back to his formative years in his native Sunderland, where he was spotted by his local club at the age of eight and recruited into their productive youth system.

He impressed at every level, earning himself a full-time contract at the club despite early concerns about his slight frame and lack of physical presence, but Kevin Ball, Sunderland’s senior professional development coach, admits that the young Henderson quickly dispelled any concerns over his ability to make it.

Ball was a formidable midfielder during a nine-year playing career at Sunderland — the definition of tough-tackling and determined — so Henderson was never going to be given an easy ride into the first-team.

“When Jordan was 16, he wasn’t as big as one or two of the other lads, so there were questions asked about what we could do with him,” Ball told ESPN FC. “But we looked at his qualities, and he had outstanding ability, a real love for the game and a genuine willingness to learn.

“We left no stone unturned with him, and he worked relentlessly, on and off the pitch. At Sunderland, the lads had to focus on their studies at college too because we stressed to them the importance of education and Jordan totally bought into that.

“He showed clear leadership qualities among the group and ability to get things done.

“They all had jobs to do, menial tasks really, and one of the worst was cleaning the carpet in the corridor outside the boot room. You can imagine the state of it.

“I often had to show the lads how to do it properly, but when it was Jordan’s turn, I was called down to have a look at what he had done.

“It was the best job I had ever seen. Not only had he done everything I had shown him, he also asked the cleaners if he could borrow the Hoover, so he showed real initiative and a smart thought-process to get it done.

“He was a really selfless kid. He had the awareness to help his team-mates and the determination to make himself better.”

Henderson has had to grow as a footballer, however. A loan spell at Coventry helped toughen him up before being selected for first team under Steve Bruce at the Stadium of Light, but it was a steep learning curve at times.

“I remember Jordan playing in a north-east derby against Newcastle at St James’ Park,” Ian Murtagh, who witnessed Henderson’s early days at Sunderland at the regional reporter for the Daily Star, told ESPN FC. “Sunderland lost 5-1 that day, and he was like a rabbit in the headlights.

“Kevin Nolan, the Newcastle midfielder, intimidated Jordan that day, and it was a tough experience for him, but you can see how much he has grown and developed since then.

“I saw his performance for Liverpool against Roma in Rome in the semifinal, and he was a man, leading his teammates and dictating those around him.”

It has certainly been a roller-coaster ride for Henderson at Liverpool. Signed by Dalglish with the inevitable billing as Gerrard’s long-term successor, he struggled to make headway in his early years at Anfield.

At one stage, Rodgers attempted to offload him to Fulham in a player-exchange deal for USA centre-forward Clint Dempsey, but Henderson refused to leave, insisting he would fight for his place at Liverpool.

Rodgers reconsidered and allowed Henderson to stay, and Carragher insists that the former manager did have faith in the young midfielder.

“Brendan had brought in a few players, including midfielders like Joe Allen and Nuri Sahin, so Jordan didn’t get much of a look-in for a while,” Carragher said. “I was coming to the end of my career at the time, so I played a lot of games in Europa League that season, and Jordan was also used in those matches because Brendan wanted to rotate the team around.

“Brendan liked him, and Jordan showed the right attitude and character in those games. Did he ask for advice at the time? He never spoke to me. He may have had chats with Brendan, but he just worked really hard on the training ground to get his chance.”

Three years under Klopp, and a number of games as England captain under Gareth Southgate, have seen Henderson develop into one of the big leaders in the Liverpool team ahead of the Kiev encounter with Real.

On the pitch, he brings a tempo to Liverpool’s game and a vocal, encouraging presence. He could score more goals, but his more defensive role has perhaps diminished the attacking qualities of his youth.

Off the pitch, Henderson has grown into the role of leading a club that has a strong bond with its fanbase. Back in February, he sent a personal message to Ryan Edwards, the Liverpool-supporting Plymouth Argyle defender, following his diagnosis of testicular cancer.

He continues to divide opinion among some Liverpool fans who yearn for the days of a commanding midfielder in the mould of a Souness or Gerrard, but the hush that descended over Anfield when Henderson went down with an injury during the 0-0 draw against Stoke City recently highlighted the respect he has now earned on and off the pitch.

But captaining a club of Liverpool’s stature is not easy.

“The armband comes with big pressure and big responsibility, so Jordan probably gets judged differently to every other player — I did when I played,” admitted Gerrard earlier this season. “You don’t see that as being unfair. You just have to take it on the chin.”

Gerrard’s observations are echoed by Souness, who lifted the European Cup in his final game for the club following the victory against Roma in 1984.

“Being the captain of a club like Liverpool is an enormous responsibility,” Souness said. “You’re forever being compared to people who have gone before you.

“But he [Henderson] looks to be a really steady character, which will stand him in good stead when things don’t go well.”

For Carragher, though, the comparisons to Souness and Gerrard are unfair and flawed in a modern-day game that simply does not produce such characters.

“Jordan maybe isn’t in that bracket, but where are those captains these days at any club?” Carragher said.

“There are no Roy Keanes or Patrick Vieiras anymore, those warrior-type captains everyone talks about.

“But Jordan Henderson is a far better player than people give him credit for, and the biggest thing I can say about him is that, when he is not in the Liverpool team, you notice that he is missing.”

All of Liverpool will want to notice Henderson for the right reasons in Kiev on Saturday.

He may become one of the most unlikely captains to life the European Cup, but you can bet he will be more than happy to claim that distinction.

They might even work up a song about it. 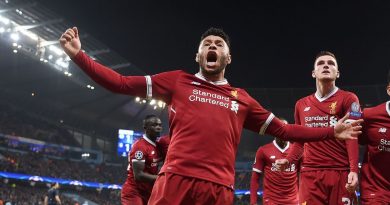 Apr 12, 2018 ayman022 Comments Off on Liverpool fear no one after wins vs Manchester City – Alex Oxlade-Chamberlain 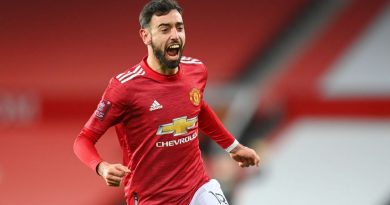 Jan 27, 2021 ayman022 Comments Off on Man United’s Fernandes laughs off suggestions of tiredness 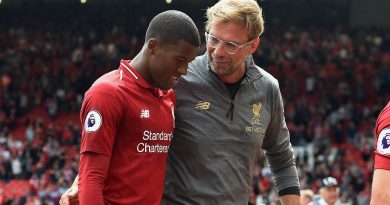