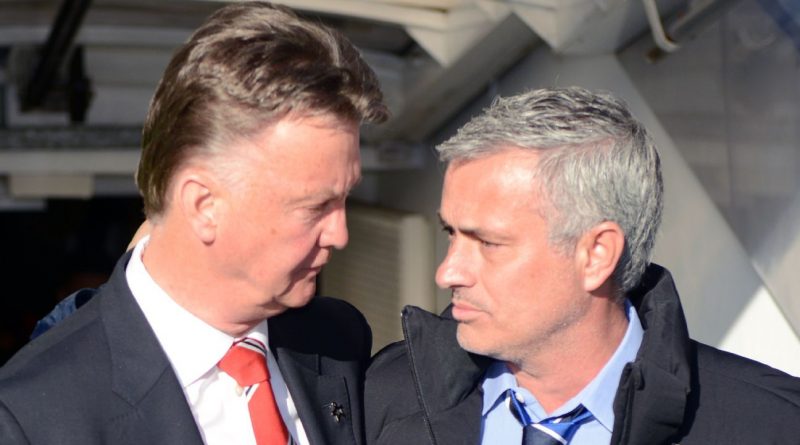 The glory was only part of the story. Two years ago, Louis van Gaal won the FA Cup. Two days later, he was sacked. If the same fate will not befall Jose Mourinho in the next week, history could repeat itself in another sense. The axe could fall on more arrivals in the Van Gaal era.

When Manchester United line up against Chelsea at Wembley, the probability is that only one who could remotely be described as a Van Gaal signing — Ander Herrera — starts. By the time next season begins, the Spaniard may be the only outfield player who arrived during the Dutchman’s reign still at Old Trafford. He may only have goalkeeper Sergio Romero for company.

But the chances are that their contemporaries will have new employers. The expected arrival of new full-backs should spell the end for Daley Blind, who has only made one league start since August, and Matteo Darmian, who only has three since October. Each has been overlooked for the converted wingers Ashley Young and Antonio Valencia. Neither has been targeted for as much criticism as Luke Shaw, who clearly needs to escape what feels a toxic relationship with Mourinho.

Then there is Anthony Martial, blamed for defeat at Brighton and relegated to a bit-part role in the second half of the season. Alexis Sanchez’s January arrival seemed to end his United career, creating an excess of players who can operate off the left wing. Maybe Marcos Rojo will survive: Mourinho could opt to stockpile injury-prone centre-backs as an insurance policy for when the others are all out.

But 13 could be reduced to, at most, three. Because 13 senior players arrived at Old Trafford in Van Gaal’s reign. Radamel Falcao, Angel Di Maria and Victor Valdes had gone even before the Dutchman. Mourinho was quick to dispose of Bastian Schweinsteiger, Morgan Schneiderlin and Memphis Depay. Indeed, his treatment of the German suggested he began prejudiced against those too closely associated with the Dutchman.

Blind, son of Van Gaal’s former captain and assistant Danny, was United’s outstanding centre-back in 2015-16 and has barely played there since. Mourinho has acted as a rebuttal of Van Gaal, buying in the positions where his predecessor had: Eric Bailly and Victor Lindelof in the middle of the defence, where the older man had brought in Blind and Rojo. Nemanja Matic and Paul Pogba in the centre of midfield, where Schweinsteiger, Schneiderlin and Herrera had been earlier arrivals. Marcus Rashford and Martial were identified and, in one case, reinvented as left wingers, Depay’s old role.

But if contrasting football philosophies and very different demands of footballers necessitate different signings, the aging process means rejuvenation is invariably required. The reality that Mourinho is a manager who likes to bring in loyalists, it also indicates that much of Van Gaal’s recruitment was poor. None of the six departures so far have produced United a profit. Of the unlucky 13, perhaps only Herrera, the winner of the Sir Matt Busby Player of the Year Award last season and a player who has been underused this year, could be called an unqualified success, though Martial’s debut season at Old Trafford showed he had that potential to become one and Romero is surely the best reserve goalkeeper in England.

But Herrera was not even a true Van Gaal signing: like the less favoured Shaw, he was a player identified by David Moyes whose signature was secured before the Dutchman even took up his post at Old Trafford. Perhaps, along with his capacity to gel with a variety of teammates, ability to niggle opponents and habit of performing well in big games, that accounts for the Spaniard’s longevity.

Because he and Romero could look anomalies in next season’s squad. Mourinho has felt keener on even Moyes’ players than Van Gaal’s, keeping Juan Mata when many assumed he would be sold and desperately trying to persuade Marouane Fellaini to extend his contract. He is creating a United of two teams: the long-serving players who are the remnants of Sir Alex Ferguson’s reign plus those who were in the youth system at the time forming the constants, who carry on despite the clear out of Van Gaal’s troops, while his own expensive additions are the comparative newcomers. They are the pre-2014 and post-2016 United in one side, divided by a two-year gap.

The unsaid implication is obvious: Van Gaal set United back, and not merely with sideways passing. His were wasted years. Mourinho has sufficient tact to avoid directly criticising “Mr. Van Gaal,” as he calls a former mentor, by name, but he is only referenced when he can be blamed. Sometimes Mourinho likes to point out that he began at a lower base than Pep Guardiola; players Manchester City signed under the Catalan’s immediate predecessor included Kevin De Bruyne, Raheem Sterling and Nicolas Otamendi. With the possible exception of Herrera, they have no United counterparts.

Otherwise, Van Gaal is being airbrushed from history, his imprint on the squad removed as Mourinho continues his cull. He has an FA Cup win as a legacy, but precious little besides. 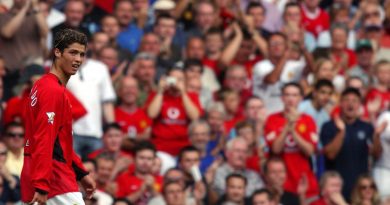 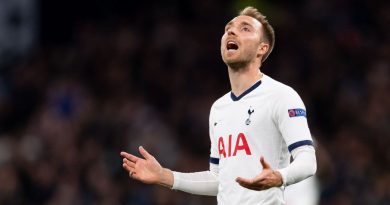 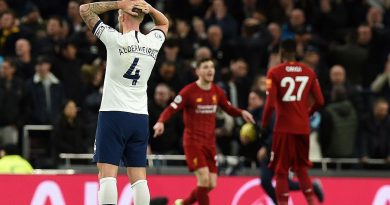 Jan 12, 2020 ayman022 Comments Off on Liverpool’s record-setting win shows Spurs just how far they have to go in Mourinho’s rebuild