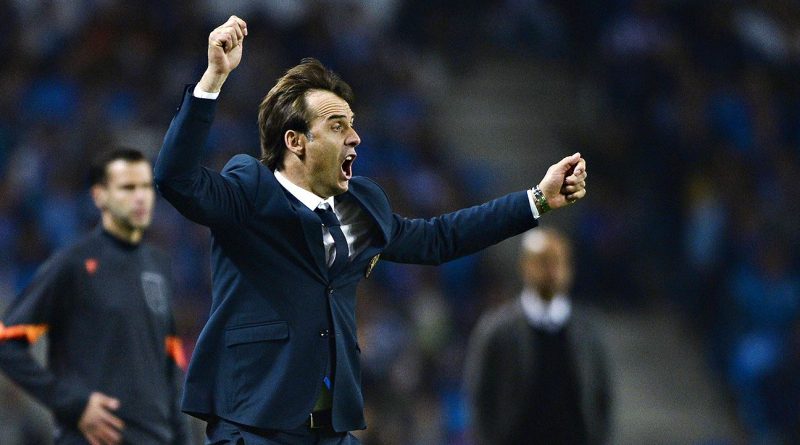 Spain’s papers on Wednesday morning were still recovering from the shock of the previous evening’s announcement that national coach Julen Lopetegui had agreed to take over at Real Madrid, just days ahead of La Roja’s first game at this summer’s World Cup.

Some of the Spanish capital’s media outlets found it tricky to navigate a path between divided loyalties, while others less close to the Bernabeu hierarchy were quick to accuse them of putting club priorities ahead of the national team’s chances of success at the tournament.

AS: ‘Cannonball at the national team’

“Madrid announce the signing of Lopetegui three days before Spain v Portugal. He had renewed with the national federation for two more years on May 22. He is freed by his two million euros release clause. [Federation president Luis] Rubiales tried to postpone the announcement until after the tournament.”

“Madrid announce that the Spanish national manager will be their new coach for three years once the World Cup is over. The surprising news shakes the La Roja camp three days before the debut against Portugal.”

“The national coach will take over at Real Madrid on his return from Russia. Two days before Spain’s first game, Madrid announce Lopetegui by surprise. He signs for three seasons. First to look for a second [World Cup winning] star with La Roja, then to take on the challenge of replacing Zidane.”

“Just 48 hours before the World Cup opener, the Blancos club announces Lopetegui. The national coach will talk to the media today with the Federation president to explain the decision. The news has not been well received by the Spain dressingroom, except for the Blancos players, who back his arrival at the Bernabeu.”

AS editorial: “Madrid are making anti-madridismo”

“The news fell like a bomb. Now the national coach, who had played such a good hand until now, was playing with two decks… his control of the squad cannot be the same now. His lads will look at him differently. His dedication cannot be the same either. In his head will mix Spain’s opponents with the issues waiting for him at Madrid: Cristiano, Bale, Neymar, the goalkeeper… With this, Madrid have damaged many people in this country, which cannot be ignored. This way of living life, steamrolling everything which is not in their own interest is deeply unpleasant to me. However this ends, it has started very badly.”

El Mundo: “Spain shoot themselves in the foot”

“Spain have shot themselves in the foot, just 72 hours before they begin the World Cup against Portugal. Julen Lopetegui’s decision to sign for Real Madrid, just weeks after renewing his contract as national coach until 2020, could be understand for professional objectives, but the management of the fact, the timing, the way it was done, and the moment it was announced are an act of irresponsibility on the part of the coach, and the Federation and Madrid are not far behind. There are moments when loyalty should be above ambition. Lopetegui has lacked class. Now he must explain it to the players…. [but] it should not be forgotten that hours before Spain played the Euro 2008 final it was make public that Luis Aragonés had signed for Fenerbahce. Despite that, the team won the trophy. Remembering that, today, is a poor consolation.”

El Pais: “Lopetegui goes to Madrid and weakens his position of leadership with Spain”

“The news that Julen Lopetegui, Spain national coach, had broken his contract to sign for Real Madrid, exploded yesterday with a loud bang. The sky over Krasnodar, in the north of the Caucasus, vibrated with the detonations of dozens of fireworks marking the declaration of the Russian federation’s independence on 12 June 1990, while a feeling of perplexity was installed in La Roja’s base… Jorge Mendes has been insisting to Lopetegui for more than a year that he should take over at Real Madrid. Lopetegui, who did not feel he had sufficient ‘cache’, reacted with disbelief. But Mendes got serious and reminded him that he was capable of making the impossible possible within the football industry.” 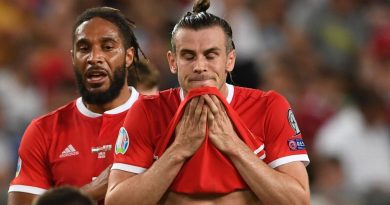 Transfer Talk: Bale’s move from Madrid to China all but settled?

Jul 26, 2019 ayman022 Comments Off on Transfer Talk: Bale’s move from Madrid to China all but settled? 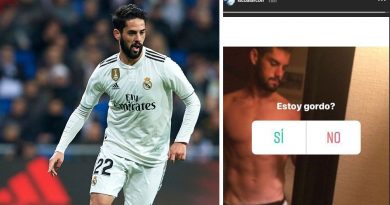 Dec 3, 2018 ayman022 Comments Off on Isco asks his Instagram followers ‘Am I Fat’ after being dropped by Real Madrid

Jul 8, 2021 ayman022 Comments Off on USWNT has all the tools to be first team to win Olympics after winning World Cup