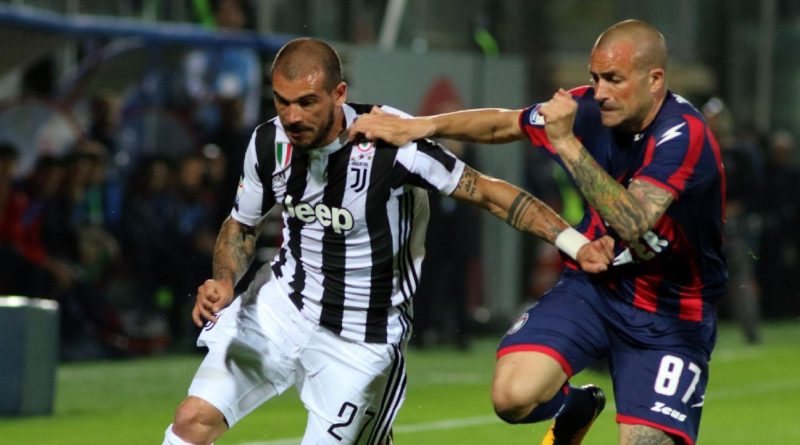 Displaying a poor attitude and little to no ambition, Juventus dropped two points on Wednesday — managing only a 1-1 draw against Crotone and opening a slender chance for Napoli to capture the Serie A title.

Crotone were not a side to be underestimated. This season they have managed to defeat Fiorentina, earn a point against Inter, and convincingly thrash Sampdoria. Against Juventus, they refused to roll over.

Juve, by contrast, did not seem motivated to grind out a result. Players were clearly uninterested in making the runs, putting in the tackles and working together as a unit to win the match. However, as the game drew to a close, the Old Lady did everything in her power to score the winning goal but Crotone keeper Alex Cordaz did enough to secure a point for his side.

The draw means Juve dropped points to make things at the top of the Serie A table a little more exciting ahead of the big match between Juventus and Napoli on Sunday evening.

Considering Benevento’s two goals and the draw against SPAL, it seems Juve have yet to learn how hard they need to work against relegation battlers who are fighting for survival at this time of year. Relying upon individual play often works for the Old Lady, but Crotone proved to be a tough opponent. A little more craft, care and determination may have resulted in an important Juventus win.

5 — Massimiliano Allegri made some poor choices. Stefano Sturaro should not have started while both he and Paulo Dybala should have been taken off earlier. These were three important points for Juve to win ahead of the clash against Napoli but the Bianconeri’s attitude proved concerning.

GK, Wojciech Szczesny, 6 — Not as courageous as usual, he adopted a reactive stance instead of giving the backline confidence by taking responsibility on occasion and coming out.

DF Stephan Lichtsteiner, 6 — Struggled against Bruno Martella and, while he tried to push forward and play with character, he failed to deliver precision in his crosses.

DF Daniele Rugani, 5 — Rugani played with no authority, too scared to believe in himself or to intimidate the opponent. At least he is was precise when he did rely on the safe option.

DF Mehdi Benatia, 5 — Struggled to lead the line, as he plays better with Giorgio Chiellini alongside him giving instructions. He made mistakes, showed a lack of composure and made poor decisions.

DF Alex Sandro, 6 — Got the goal and proved his clear understanding with Douglas Costa. The problem is tactical discipline. Must play with more concentration, accuracy and discipline.

MF Claudio Marchisio, 5 — Dictated play as much as he could but failed to really provide much considering the attitude of those around him. Not at his optimum level to take charge and push and spur the side on.

MF Blaise Matuidi, 6 — Produced a great strike that forced a great save from Cordaz. One of the few who played with determination and ambition. Ran as always and tried to occupy the right spaces in hopes of proving decisive both in defence and going forward.

MF Stefano Sturaro, 4 — The last minutes of the first half typified his performance. Sturaro ran back to stop the opponent and, despite getting there on time, his clumsiness meant he gave it away anyway and offered Crotone a chance. Not good enough for this level.

FW Douglas Costa, 7 — Once again, the only forward player worth complimenting. Noticed the spaces, evaded attention and delivered accuracy, grabbing the assist for Juve’s goal. His ability to actually overcome the opponent through his technique offered the side the only danger going forward. Slowed down in the second half.

FW Gonzalo Higuain, 5 — Squandered a great opportunity that Rodrigo Bentancur produced for him. Took too long to get into the game, forced the issue several times instead of keeping the ball and making a better decision.

FW Paulo Dybala, 5 — A bizarre performance from the player who spent much of his time too deep. He failed to get involved and was clueless on how to overcome the opponent. He lost the ball to allow Crotone to start a counter-attack that forced Marchisio to foul the opponent. Poor form from the player who rarely showed the ambition to run into the open spaces to create danger.

MF Rodrigo Bentancur, 6 — A few poor balls to start with and then delivered a delectable pass for Higuain who squandered the opportunity. Great vision and courage from the youngster who played like he belongs.

FW Juan Cuadrado, 6 — Came on in hopes of unbalancing the opponent in the same way Costa manages but struggled to make an impact on a determined opponent.

FW Federico Bernardeschi, N/A — Not given enough time to make an impact. 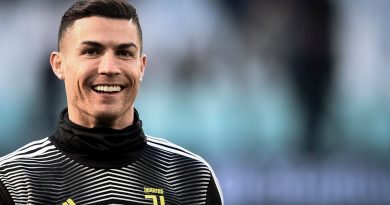 Ronaldo's 'been transformative' for Juve in Serie A

Jan 4, 2019 ayman022 Comments Off on Ronaldo's 'been transformative' for Juve in Serie A 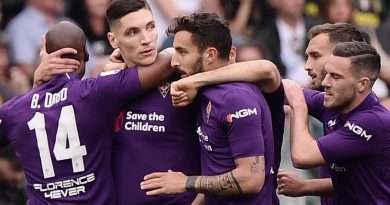 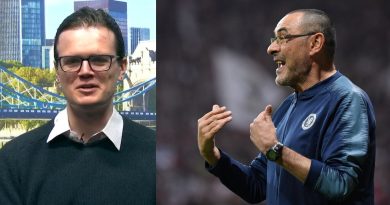 Bandini: Sarri and Juventus are not a good match