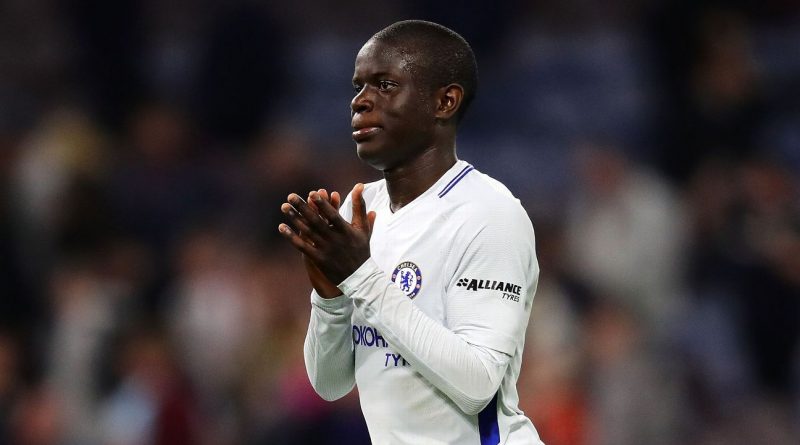 Just as there has been uncertainty in some of Chelsea’s performances on the pitch this season, there have also been many questions about matters away from it. The futures of Belgian duo Eden Hazard and Thibaut Courtois have been the subject of much speculation, with Real Madrid reportedly interested in the pair, who have two and one years remaining on their current deals, respectively.

As valuable as both those players are, and as important as they will be in propelling Chelsea back up the table, just as important will be making sure that that N’Golo Kante remains at the club. The France international has been a force of nature since he arrived in England almost three years ago, and it is a mark of the man that this will be the first season since then that he has not been part of a Premier League-winning team.

With Courtois falling short of his high standards and Hazard struggling to maintain his brilliance throughout the entire campaign, Kante has eclipsed them both in 2017-18. He is arguably the most important cog in the Chelsea machine, and one shudders to think what the club’s league position might have been were it not for his consistent excellence.

It will therefore not have gone unnoticed among the higher echelons at Chelsea that French starlet Kylian Mbappe has publicly urged his big-spending employers Paris Saint-Germain to swoop for his compatriot.

The move would make sense for the Ligue 1 champions. A team stacked full of supremely blessed attacking talents that have little interest in the grittier side of the game, they resemble the Real Madrid side from the closing stages of the first Galactico era — the glittering but fatally flawed version that flattered to deceive from the moment they sold Claude Makelele to Chelsea in 2003.

Kante brings many things to a team. There is the positional sense but also the ability to rapidly cover ground and close things down when caught out. There is the absurdly accurate, clean and regular tackling ability, but also the urge to surge forward with the ball at his feet, a legacy of his days playing on the wing as a youngster.

And then there is his passing, his weakest asset but one that has improved immeasurably since he moved to Stamford Bridge. Kante will never become a midfield conductor in the Cesc Fabregas mould, although he has started to tick the play along nicely via crisp, simple, intelligent passes.

That he has made such strides in a short space of time indicates much about the man. An honest yet gifted player that is constantly willing to learn and improve, he must be a manager’s dream. This season was the first time that Kante was not voted into the PFA Team of the Year, though he would still walk into any side in the Premier League, with the arguable exception of Manchester City, for whom Fernandinho has been exceptional.

A humble guy who shuns the usual trappings of football stardom and instead chooses to drive a Mini and do his weekly shop at Sainsbury’s, it would be simple to assume that he would be easy to keep happy at Stamford Bridge. But just because Kante might lack pretension, it doesn’t mean that he isn’t ambitious. One of the three world-class players in Chelsea’s squad — and, on current form, perhaps the only one — he must not be taken for granted even if his personal style doesn’t scream for attention. Kante’s softly spoken voice masks a hugely competitive character.

In one sense, Chelsea have little need to worry in that he is contracted to the club until the summer of 2021, with the player reportedly receiving in excess of £100,000 a week. There is no financial imperative to sell, despite Champions League football looking unattainable next season, and there have been no murmurs of discontent from either the player or his agent.

Nevertheless, Kante is now 27 and in the prime of his career. As such, he will be desperate to continue testing himself in the Champions League, having only participated in the competition for one season in his career.

No offers for Kante have been reported, but that doesn’t mean that Chelsea’s mettle won’t be tested this summer. And if he stars for France in the forthcoming World Cup in Russia, then his stock will soar even further and cause all the big names in European football to cast covetous glances towards West London.

Rumours of change are afoot at Chelsea, with both coaching and playing staff potentially set to be overhauled in the coming months. But while alterations are certainly required, some things must stay the same, and top of that list must be seeing Kante in the royal blue of Chelsea again next season. 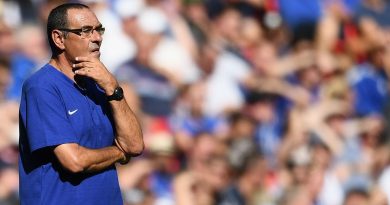 Oct 20, 2018 ayman022 Comments Off on Chelsea’s Maurizio Sarri We have to play my football not long balls 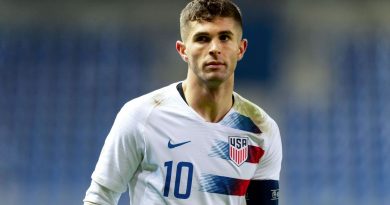