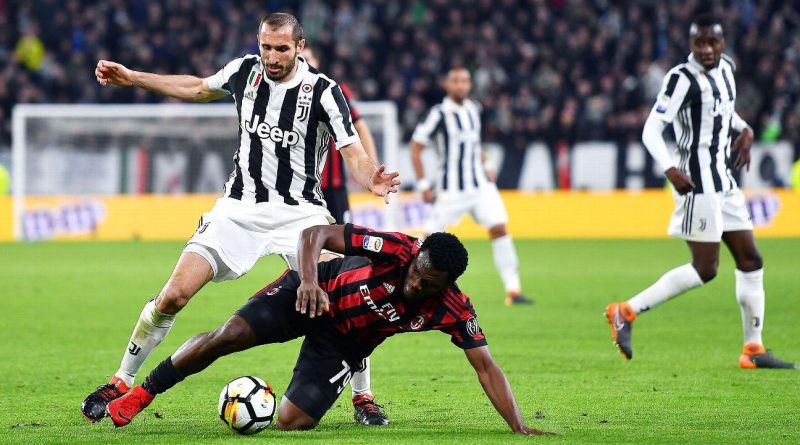 AC Milan fell 3-1 to Juventus in Turin on Saturday night, a scoreline that flattered the hosts but remains a real blow to Milan’s hopes of securing a top-four finish in Serie A. The Rossoneri saw Leonardo Bonucci silence the home crowd with an equaliser in the first half, but a strong finish from Juve sealed the win.

Milan were arguably the better side for large periods in the first 70 minutes. They enjoyed plenty of possession and created chances while frustrating Juve, yet it was bitterly disappointing to come away empty-handed. However, they can certainly be proud of the effort that they put in and will learn from it.

Ultimately, the result will be what is remembered, not the performance. It’s a setback in the pursuit of a Champions League qualification spot, while a lack of quality in depth and experience against these top teams shows that there are still improvements that Milan must make to compete at the highest level.

6 — Gennaro Gattuso deserves a huge amount of credit for the belief he has instilled in the players, and from a tactical perspective, his game plan was working perfectly as it was a pleasant surprise to see Milan play so well. However, he left himself down with his substitutions as they didn’t have the desired influence on the game.

GK Gianluigi Donnarumma, 6 — There was little he could have done for the second and third goals, but there was an element of fault that he didn’t do better to prevent Paulo Dybala from opening the scoring. Nevertheless, he did produce some other important saves, too.

DF Davide Calabria, 6 — A welcome return to the starting lineup, but he did have his troubles defensively in coping with Juve’s attacks down his flank. Certainly made an impression from an attacking perspective, as he put in a decent shift.

DF Leonardo Bonucci, 7 — Faced jeers and whistles from the home crowd on his return to Turin, but that seemingly inspired him. Defended resolutely to deny Gonzalo Higuain much joy, while he also scored a crucial goal in a top performance.

DF Alessio Romagnoli, 6 — Similar to his defensive partner, he produced a solid display to keep Higuain quiet for the most part. However, he perhaps lacked that steeliness that he has shown in recent weeks with his injury arguably playing a part. Faded along with the rest of the team late on.

DF Ricardo Rodriguez, 6 — Impressed for the most part defensively as he kept things tight on the left flank and involved himself in build-up play. However, the introduction of Juan Cuadrado caused him many problems.

MF Franck Kessie, 7 — Undoubtedly won the battle with Blaise Matuidi in midfield, as he used his physicality, energy and combativeness to great effect. Was a driving force in midfield and covered plenty of ground in an impressive display.

MF Lucas Biglia, 5 — Will miss the Derby della Madonnina next week after being booked, and there could be a case that it’s a blessing in disguise. Allowed far too much room in front of the defence for the opening goal, got cautioned and looked off the pace and fatigued as the game went on.

MF Giacomo Bonaventura, 5 — One of the more disappointing performers on the night, as he didn’t really have a positive influence on proceedings and was wasteful when in good situations. Fortunate it wasn’t him who was substituted off earlier.

FW Suso, 6 –– Compared to other big games in which he has disappointed, the Spaniard was certainly more involved and influential. However, he still couldn’t find that decisive touch to make the difference despite getting into dangerous positions throughout.

FW Andre Silva, 6 — Deserved his start after his match-winning heroics in the last two games and showed his quality with his ability to link play up and offer a different threat up front. To establish himself as a regular starter, he needs to be more clinical in front of goal and a bigger threat in the box.

FW Hakan Calhanoglu, 6 — Criticised by Gattuso after the game for abandoning his defensive duties, which ultimately played a part in the second goal. That aside, it was another positive performance as he provided the assist for Bonucci’s goal, struck the crossbar with a thunderous effort and was generally very sharp and precise in possession.

FW Nikola Kalinic, 5 — Failed to have any sort of positive impact off the bench, and for those who might have raised eyebrows over his introduction over Patrick Cutrone, he certainly did little to silence his detractors.

MF Riccardo Montolivo, N/A — Came on at a difficult time with Juve growing in confidence and going through the gears. In Biglia’s absence against Inter, it would be interesting to see Manuel Locatelli get the nod instead.

FW Patrick Cutrone, N/A — With Juve in the ascendency as he was brought on, he wasn’t able to have his usual impact on the game. 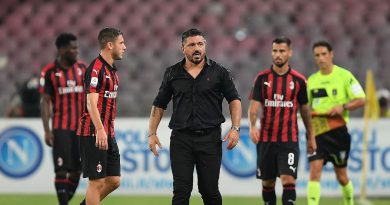 Aug 30, 2018 ayman022 Comments Off on Gennaro Gattuso and Milan have a perfect chance to redeem themselves against Roma 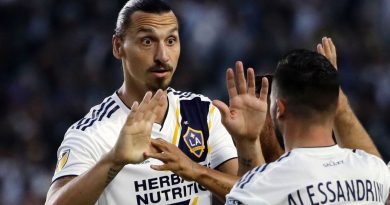 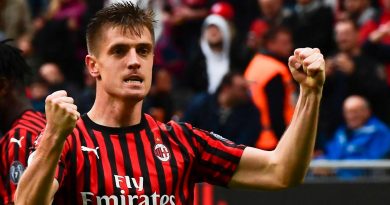 May 20, 2019 ayman022 Comments Off on Piatek gives UCL hopefuls Milan the lead