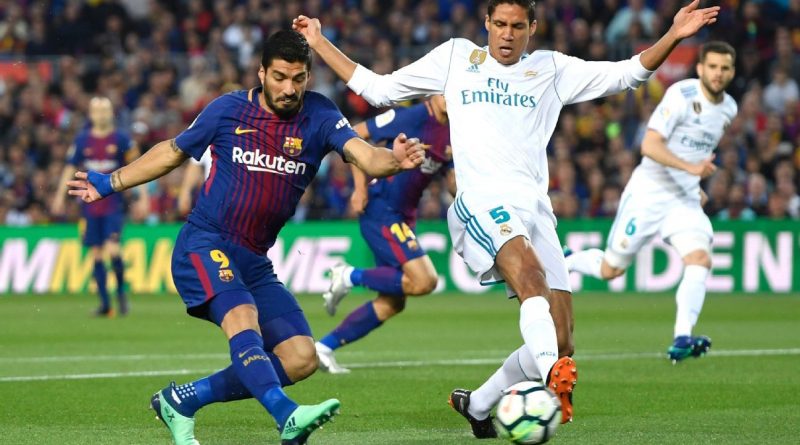 Barcelona were denied victory in an ill-tempered but thrilling 2-2 draw with Real Madrid that underlined why this fixture is so beloved around the world and regarded as the best game in European football.

Luis Suarez gave Barca the lead early on before Cristiano Ronaldo quickly cancelled it out, but the Portuguese injured himself in the process and could not play the second half.

A wondrous goal from Lionel Messi restored Barca’s lead after the Catalans had been reduced to 10 men by Sergi Roberto’s red card. But Gareth Bale dented the party atmosphere with an equaliser after being fortunate to not be sent off for a studs-up challenge on Samuel Umtiti.

Barca seemed happy overall to survive playing the entire second half with 10 men, and they did very well under the circumstances. Indeed, they played better for large parts of the second half despite their disadvantage. They were also fortunate that Messi’s goal was allowed to stand despite Suarez fouling Raphael Varane, while Jordi Alba could have been penalized for his challenge on Marcelo late on.

Beating Madrid again and going 18 points clear of their arch rivals would have been a perfect way to toast the title they celebrated before kickoff and after full-time, but Barca were left lamenting referee Alejandro Jose Hernandez Hernandez’s decision to keep Bale on the pitch.

7 — Ernesto Valverde picked the strongest lineup he could and sent the team out to get Madrid from the start. He got his substitutions spot on, too, filling the void that Roberto’s red card had left with Nelson Semedo at the expense of Philippe Coutinho and realizing Andres Iniesta was not at his best and had to come off.

GK Marc-Andre ter Stegen, 7 — The German was quick off his line to foil Ronaldo in the first half but did not have to make too many saves. He could not be blamed for either of Madrid’s goals.

DF Sergi Roberto, 6 — Made Suarez’s goal with a gut-busting run and perfect cross and was having a beast of a game until he was sent off, rightly, for hitting out at Marcelo. Loses points for leaving Barca with 10 men for the second half.

DF Gerard Pique, 7 — Played a crucial role in keeping Barca’s grip on the game in the second half when they were down to 10 men.

DF Samuel Umtiti, 6 — Lacked his usual composure on the ball but was solid when he stuck to the basics of defending.

DF Jordi Alba, 5 — Was not his usual explosive self down the left side and made two silly mistakes that could have been punished severely: grabbing Luka Modric’s neck and later mistiming a challenge on Marcelo inside the area.

MF Philippe Coutinho, 5 — Didn’t adapt to the pace of the game and was a bit sloppy with his control and passing. The Brazilian was hooked for Semedo at start of second half to cover for the loss of Roberto.

MF Sergio Busquets, 6 — Barca’s anchor was severely tested by Toni Kroos and Modric in the middle and could not offer his usual control. Looked a bit exhausted by the end.

MF Ivan Rakitic, 8 — The Croatian was Barca’s hardest worker and most useful player in midfield, distributing the ball well and battling hard.

MF Andres Iniesta, 6 — Iniesta’s last Clasico was not his best and he looked like he was not fully recovered from muscle discomfort he’s been feeling since the Copa del Rey final.

FW Lionel Messi, 8 — Only the Argentine is capable of the skill and shooting ability he demonstrated for his goal, fending off Sergio Ramos and Casemiro before rifling into the bottom corner.

FW Luis Suarez, 8 — Barca’s best player along with Messi, Suarez was at the heart of every dangerous move the home side made. He started and finished the move for the opening goal and held the ball up superbly, as well as knocking Varane over to set up Messi’s strike. Also had a goal ruled out for offside against Rakitic.

MF Paulinho, 6 — Replaced a knackered Iniesta early in the second half and was up for the physical battle but did not create much danger.

DF Nelson Semedo, 7 — Did not do much in attack but played with a lot of energy and mucked in in defence, most impressively with a brave diving header deep in injury time. 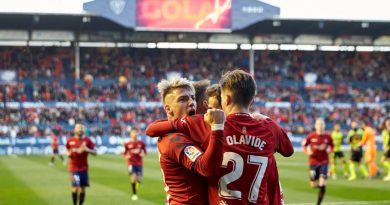 May 21, 2019 ayman022 Comments Off on Osasuna promoted to La Liga after Granada win 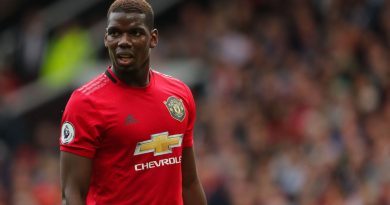 Sources: Man Utd to reject any Real bid for Pogba 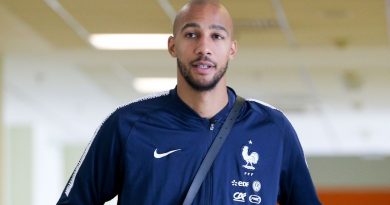