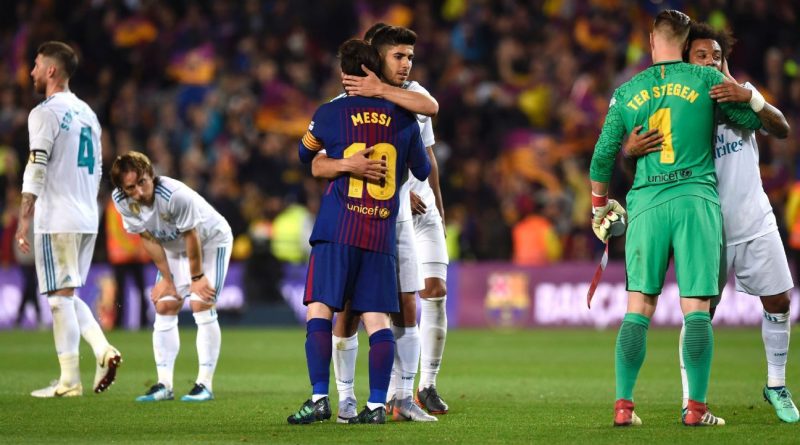 Madrid’s players were left incensed as Hernandez Hernandez then failed to spot a Luis Suarez foul in the build-up to Barca’s second goal and didn’t give a penalty for Jordi Alba’s challenge on Marcelo later in the game.

It was later reported that Messi told the official he had “bottled” several decisions in the first half in favour of Madrid, though the forward’s people denied the allegation.

“There are always these conversations between the players and the referees,” Valverde said in a news conference on Tuesday, playing down the significance of Messi’s chat with Hernandez Hernandez.

“I have seen many things from many teams in my time, both on the pitch and in the tunnel. In that sense, no one is in a position to open their mouth — I can guarantee you that.”

Messi was visibly angry when he left the pitch at half-time, with Barca feeling they were on the end of a number of wrong decisions.

The Argentine was booked for a foul on Ramos seconds after the Madrid defender had clashed with Suarez and minutes before Sergi Roberto was sent off for lashing out at Marcelo.

On the whole, though, Valverde was not displeased with the refereeing as Barca stretched their unbeaten run in La Liga to 42 games over two seasons.

The Barca coach is now focused on closing the season out with three more wins — starting with Villarreal on Wednesday — and becoming the first-ever side to go an entire 38-game campaign unbeaten in Spain’s top flight.

Thoughts will then turn to next season, with Barca strongly linked with a summer move for Atletico Madrid forward Antoine Griezmann, who is available for his €100 million buyout clause.

“Griezmann is a great player, there is no doubt about that,” Valverde said. “But we have to be careful and respectful when we’re talking about players that don’t play for us.

“In this case, we have to respect Atletico. We all know how good [Griezmann] is as a player … In the future, we will see [about anything else].”

Ousmane Dembele, who has struggled with injuries in his debut season in Spain, is one player who could make way if Griezmann is signed. Liverpool have been linked with the France forward but Valverde hopes he will stick around and improve next year.

“Dembele’s a player that just got here,” he said. “He spent a long time injured and it’s not easy to play in Barcelona’s team. You need a lot of things.

“He has incredible talent, great technical ability, he’s quick, he unbalances defences … there are so many positives. But in defensive areas, for example, he has things to work on.

“We understand he’s young, though, and that he has had a difficult season. We hope that next season he will continue to develop, that’s the idea.

“We have high hopes for him.” 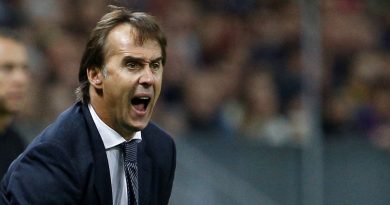 Oct 5, 2018 ayman022 Comments Off on Lopetegui: Pressure is part of managing Real Madrid 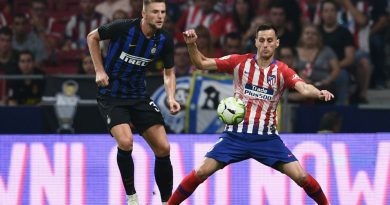