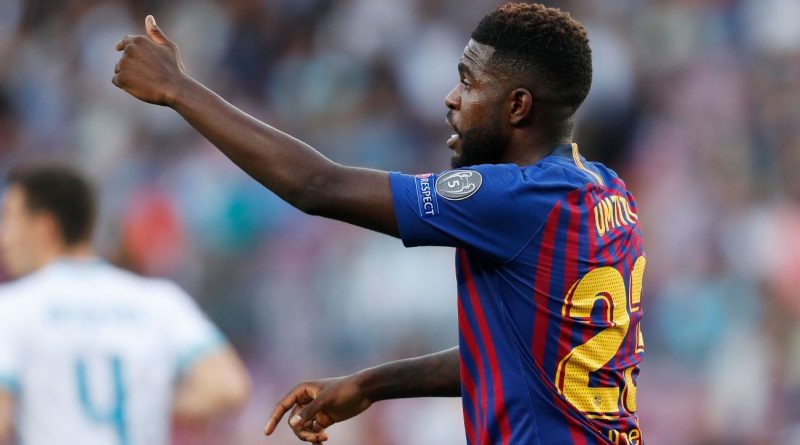 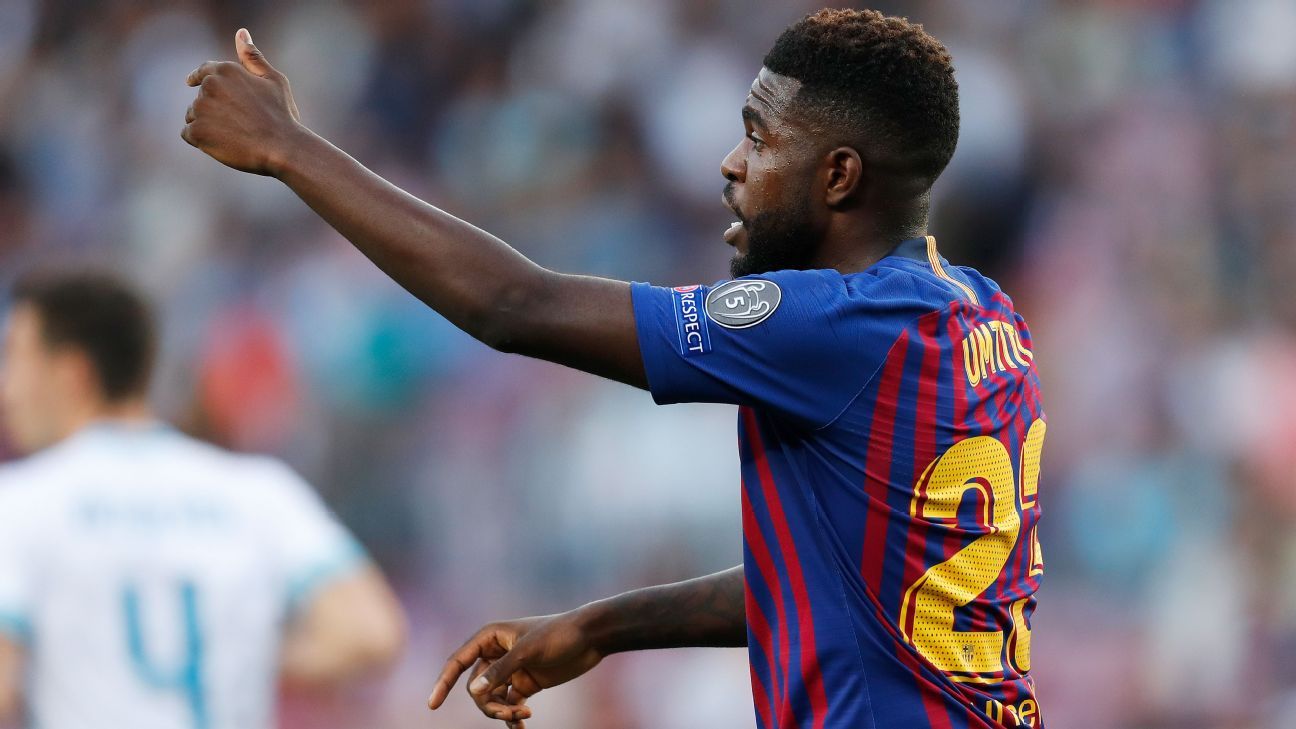 – Transfer grades: Man United get a ‘D’ for Ighalo
– Miller: The good, the bad, and … Man United
– O’Hanlon: How Liverpool dominate transfer ‘value’

TOP STORY: Arsenal to resume chase for Umtiti in the summer

While Arsenal manager Mikel Arteta was successful in bringing in two new defenders in the January transfer window, he’ll have to wait until the summer to resume his quest to sign Barcelona’s Samuel Umtiti, says Le Parisien.

The Gunners’ boss added Pablo Mari from Flamengo and Cedric Soares from Southampton to his dwindling defensive ranks, but Arteta was also keen for some proven quality with Champions League experience.

He turned to Barca’s Umtiti, who turned down the Gunners in this transfer window in the hope of securing more first-team football in the second half of the season under new boss Quique Setien.

Umtiti, 26, has played just 10 games this season but he believes he can work his way back into what he says is the best club in Europe.

10.33 GMT: Real Sociedad forward Willian Jose has apologised to the club’s fans after trying to force a move to Tottenham during the January transfer window.

The 28-year-old Brazilian, who has scored eight goals in La Liga this season and has a €70m release clause, was wanted by Jose Mourinho to fill in for the injured Harry Kane.

“I ask forgiveness for everything that happened in recent days” the striker said in a video published by Real Sociedad on social media. “A lot of things happened and I have to apologise to the fans, my team mates and the coach too.

“I saw a really good opportunity for me to leave and play in the Champions League, for a team in the Premier League. It didn’t happen, but I’m really happy here.”

As discussions with Spurs continued Willian Jose refused to play for Real Sociedad against Espanyol in the Copa del Rey earlier this month and was left out of their La Liga game against Real Mallorca last weekend, watching the game from the stands.

“I don’t know if it was the best decision” he added. “I told the president my head wasn’t right to play the game. I’m sorry to everyone for what happened. Now I have to keep working to earn people’s trust back.”

10.00 GMT: Manchester United grabbed the headlines on deadline day for their surprise loan signing of striker Odion Ighalo, which served as a nice distraction from the ongoing saga of Paul Pogba‘s future at Old Trafford.

To that end, Ole Gunnar Solskjaer has said Bruno Fernandes’ arrival at United does not mean Pogba is set to leave in the summer and insists the pair can play together. Fernandes moved to United for an initial £46.5m on Thursday and is set to make his debut against Wolves on Saturday.

Pogba is still sidelined with an ankle problem but Solskjaer said Fernandes is not a replacement for the France international, who has been linked with summer moves to Real Madrid and Juventus.

“We want to try to build towards a team that will challenge for the title and trophies so we want to keep our best players,” Solskjaer said. “We can play them together. Bruno can play with good players yes and he can do absolutely everything.

Frank Lampard failed in his quest to bring Dries Mertens to Chelsea in this January transfer window and while the Blues boss looks set to renew his efforts at the end of the season, he could face pressure from Mertens’ employers, Napoli.

Mertens, who was also eyed by Barcelona and Inter Milan, is out of contract at the end of the 2019-20 campaign which could see a host of clubs join the race for his signature. He is free to talk to clubs from Feb. 1 ahead of any summer move.

However, Italian platform Calciomercato says that Napoli president Aurelio de Laurentiis is preparing to offer the Belgian international a new contract, which could scupper Chelsea’s plans.

Napoli’s deal is reported to be for two years and worth €5 million per season, though he may feel he can cash in elsewhere is he leaves on a free transfer instead.

More teams to battle for Cavani in the summer

Chelsea may drop their interest in signing PSG striker Edinson Cavani after he snubbed a move to Stamford Bridge in this transfer window, but Marca suggest the Uruguayan could have the pick of a growing list of suitors.

Manchester United and MLS side Inter Miami are said to be among those who fancy adding the striker’s firepower to their squads at the end of the current campaign.

PSG were reluctant to sell the striker this season after Atletico Madrid were unable to meet the player’s wage demands, despite lodging an €18 million bid for him.

The 33-year-old is available on a free transfer in the summer, which will no doubt see more clubs join the clamour to sign him.

– Manchester United’s pursuit of Birmingham City wonderkid Jude Bellingham will continue in the build-up to the summer, reports The Independent. United have put together a £20 million package which includes £8.5m up front, £11.5m in add-ons, £5m after 50 appearances and £2m after his first goal. The package is unlikely to meet Birmingham’s valuation, which means United may need to return to the drawing board.

– Juve are already working on plans to bring back Paul Pogba in the summer, suggest Calciomercato. The Frenchman will have just one year left on his contract and with his United career seemingly heading towards an anti-climatic finish, Juve hope to bring the midfielder back to Turin alongside Brescia midfielder Sandro Tonali. Key to both deals will be agent Mino Raiola, with whom Juve have a good relationship. 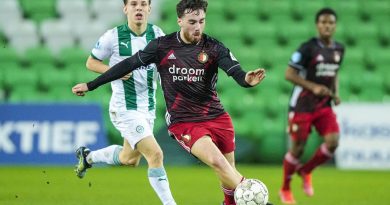 Apr 9, 2021 ayman022 Comments Off on Arsenal, Tottenham in race for Feyenoord’s Kokcu 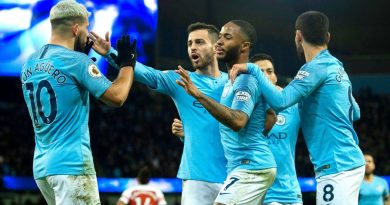 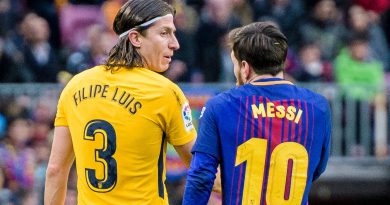 Filipe Luis: FIFA’s ‘The Best’ award not credible without Messi

Sep 5, 2018 ayman022 Comments Off on Filipe Luis: FIFA’s ‘The Best’ award not credible without Messi