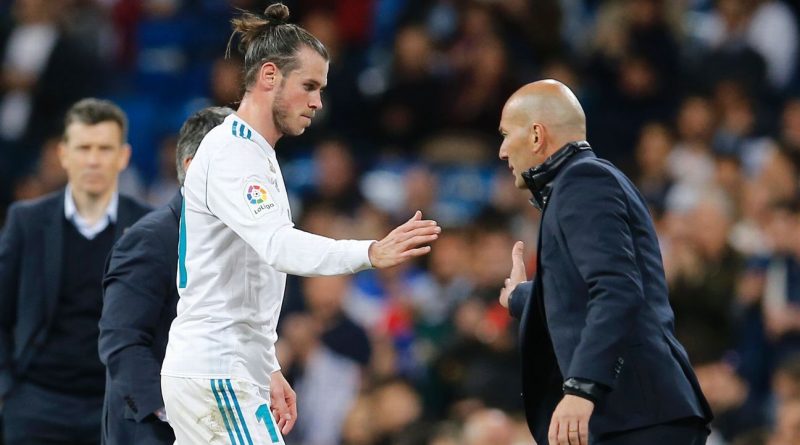 Manchester United must be kicking themselves that they didn’t push through a deal for Gareth Bale last summer, with Real Madrid now demanding upward of £200 million for the Welshman following his performance in the Champions League final.

Bale stole the show Saturday with his acrobatic overhead kick to restore Real’s lead against Liverpool, but, according to The Sun, he didn’t speak to Zinedine Zidane for three hours after the game. It’s thought the pair’s relationship has cooled this season, with Bale often having to settle for a substitute role, as he did in Kiev. The winger hinted at his frustration after the final whistle, telling the media he needs to play more next year.

While United lead the queue for Bale’s signature, and could meet his £650,000-a-week wage demands, there are doubts about whether he would fit Jose Mourinho’s style of play.

The Sun says the former Tottenham star would “have concerns” about playing under the United boss, who may have some convincing to do in order to sign his leading target.

09.23 BST: Bayern are prepared to let midfielders Thiago Alcantara and Arturo Vidal leave if they receive a decent offer, say kicker. Vidal has previously been linked with Man Unitedand Chelsea, while Spain international Thiago was the first player signed by Pep Guardiola in 2013 at Bayern from his former club Barcelona — perhaps a move to City is on the cards?

09.15 BST: Reports in Spain suggest that Manchester United are set to open talks with Real Betis over a potential deal for midfielder Andreas Pereira, who has little chance of nailing down a spot under Jose Mourinho.

08.57 BST: Swedish publication Expressen report that Arsenal will be making a £50m bid for RB Leipzig and Sweden midfielder Emil Forsberg in the coming days. He’s a good young player, but that could be all of new coach Unai Emery’s transfer budget in one go!

08.46 BST: Could be a big blow for Carlo… Napoli captain Marek Hamsik has confirmed he has offers to leave the club this summer.

“It’s not at all definite yet [that I will leave]. I’ve got another three years on my contract with Napoli and everything will be decided in the coming weeks, whether I stay or go,” he said. “11 years is a part of your life and Naples has become my second home these years. I’ve not decided yet. Everything’s still possible. As things stand, I am a Napoli players. Ancelotti has called me. There is a possibility [of going to China] and I’m tempted.”

08.30 BST: Kicker also suggest the Sokratis sale might lead to some arrivals too:

– Marius Wolf from Eintracht Frankfurt, activating a clause of around €5m in the versatile 23-year-old’s contract.
– Werder Bremen’s Thomas Delaney, with a fee of €25m mooted for the Denmark international midfielder before the World Cup.
– Mainz’s central defender Abdou Diallo (22), also valued at around €25m but also of interest to Arsenal.

08.23 BST: Sokratis Papastathopoulos will leave Borussia Dortmund for Arsenal according to kicker, with the Gunners beating off competition from a host of Premier League clubs for the Greece international. Jose Mourinho’s Manchester United were also reportedly eyeing a move for the central defender who is under contract until 2019, while kicker report that a fee of between €15-20m still needs to be hammered out.

08.10 BST: Sampdoria winger Ivan Strinic has revealed he has signed for AC Milan on a three-year contract, but that it will be announced after the World Cup. He moves on a free transfer with his contract expiring.

08.00 BST: It’s not quite the end of May but already the transfer window is almost two weeks old. Stay with us for the latest.

It’s impossible not to feel sorry for Loris Karius after his horror show in the Champions League final, but his costly errors have left Liverpool searching for a new goalkeeper. The Daily Mirror says Jurgen Klopp won’t get rid of the 24-year-old, but he likely will have to accept a place on the bench with Simon Mignolet set to depart the club.

Roma shotstopper Alisson and Atletico Madrid’s Jan Oblak head Liverpool’s list of potential replacements, but both could cost around the £80m mark.

Meanwhile, La Repubblica claims the Reds have made inquiries for AC Milan keeper Gianluigi Donnarumma. The 19-year-old looked to be heading for the exit door at the San Siro last summer, but he eventually extended his contract until 2021.

Manchester City are on red alert to swoop for Kylian Mbappe if Paris Saint-Germain’s permanent move for the youngster is dashed by a Financial Fair Play charge.

According to the Manchester Evening News, UEFA are ready to act on PSG’s astronomical spending, which could cause the 19-year-old’s £127m transfer to collapse.

If that happens, City are primed to step in, despite already planning to shell out £130m on Napoli midfielder Jorginho and Leicester’s Riyad Mahrez. Neymar has also spoken of his desire to play for Pep Guardiola, but it’s thought City would prefer to sign Mbappe over the Brazilian.

Mourinho has responded to reports that Marouane Fellaini won’t be renewing his contract at Manchester United by stepping up his interest in Sergej Milinkovic-Savic, reports The Metro.

United have made a £96m opening offer for the Serbian star, who bagged 12 goals and three assists in 35 Serie A appearances to fire Lazio to within touching distance of the Champions League. At 6-foot-3, Milinkovic-Savic would make an ideal replacement for Fellaini, allowing Mourinho to play a direct style with a central target man.

Barcelona and Juventus also are tracking the 23-year-old, but it’s believed his close relationship with compatriot Nemanja Matic has put United in pole position.

— Nabil Fekir has distanced himself from links to Liverpool, saying he is relaxed about making a decision on his future. The Independent reports on an interview the 24-year-old gave in France in which he said, “I’m not close to the Reds. There are talks with clubs. I will take time to reflect on things.”

— RB Leipzig hope to complete a permanent deal for Ademola Lookman following his impressive loan spell in the Bundesliga, reports the Liverpool Echo. The winger claimed five goals and four assists in 11 appearances after moving from Everton in January. 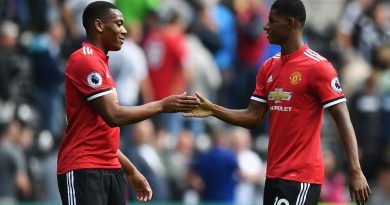 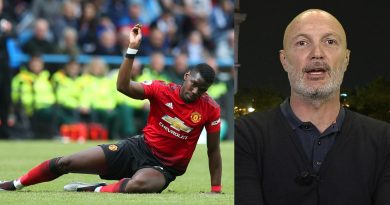 Leboeuf explains why Pogba could struggle as captain

May 24, 2019 ayman022 Comments Off on Leboeuf explains why Pogba could struggle as captain 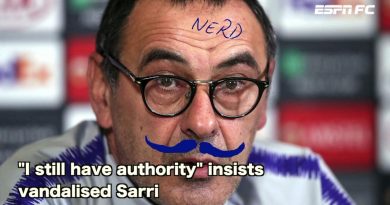