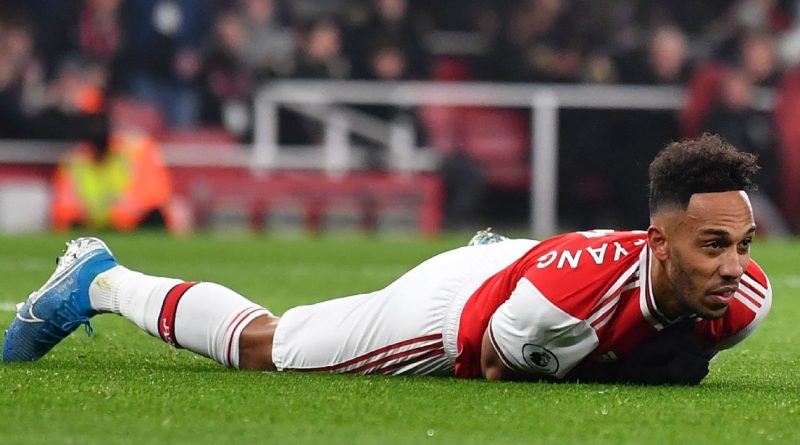 The winter transfer window is closed, but now it’s time to look ahead to the summer! Here are the new rumours floating around Europe’s big leagues and beyond.

TOP STORY: Martinez to Barca will allow Aubameyang to Inter

Inter Milan will target Arsenal striker Pierre-Emerick Aubameyang this summer, should forward Lautaro Martinez depart at the end of the season.

Martinez has been heavily linked with a move to Barcelona, with the Spanish giants reportedly willing to offer the 22-year-old a five-year contract.

Now, Calciomercato has said Inter will look to replace Martinez by drafting in Gabon forward Aubameyang, whose contract at the Emirates expires in 2021.

The report states that Inter coach Antonio Conte is a big fan of Aubameyang’s playing style, and his €55 million price tag could be enough for Inter to do a deal.

Chelsea striker Olivier Giroud is another player on Inter’s radar, according to the report. That is despite Giroud’s failed exit from Stamford Bridge during January’s transfer window.

12.15 GMT: Manchester United were in close contact with RB Salzburg over the transfer of striker Erling Haaland, Sport Bild have reported.

Haaland has been a hit at Dortmund since joining for just €20 million in January, scoring 12 goals in eight games for the Bundesliga club — he has scored 40 goals in just 30 games for his two clubs this season.

Speaking to Sport Bild, RB Salzburg sporting director Freund has said that United made big efforts to sign the Norway international, whose cut price was down to a release clause.

“Manchester United were very interested in Erling. We talked for a long time,” Freund said. “The first person from Dortmund to make contact was [sporting director]Michael Zorc.

“There were talks between BVB and the agent before that. Many clubs were interested, but it appears that Dortmund just had the best arguments. BVB were looking for exactly that type of player and as you can see it was a good decision.”

11.31 GMT: RB Leipzig striker Timo Werner is attracting some serious attention around Europe’s biggest clubs…but where should he go?

ESPN FC’s Steve Nicol believes that Liverpool would be a perfect home for the Germany international.

Sanchez, 31, joined Inter on a season-long loan deal in August but has failed to make an impression. The Chilean international has made just eight league appearances this season in an injury-plagued return to Serie A, scoring a single goal.

The Italian club reportedly have reservations over the cost of making Sanchez’s deal permanent and do not believe that his performances have warranted the potential outlay.

09.46 GMT: Former Barcelona defender Javier Mascherano has said that he thinks Lionel Messi will return to Argentinian football one day.

Mascherano, who now plays for Agentine side Estudiantes, told ESPN that he believes his former Barca teammate Messi is destined to return to the country, as well as saying that Andres Iniesta is the one player that he would most want his club to sign.

08.58 GMT: Willian says his contract talks with Chelsea regarding a new deal are at an impasse. The 31-year-old, in his sixth season at the London club, becomes a free agent in the summer.

Asked about his contract negotiations with Chelsea, the Brazil internatoinal told Esporte Interativo after Tuesday’s 3-0 defeat to Bayern Munich in the Champions League round-of-16 first leg: “It’s a difficult situation because Chelsea have offered me two years and they are not going to change what they have offered me. I spoke and told them I wanted a three-year contract and we are in a difficult situation because of this. I don’t know if it’s going to be possible as Chelsea offered two and I want three.

The attacking midfielder, who came on in the 61st minute, said of the loss to Bayern: “Everyone saw it. The game said it all. Bayern Munich were far superior to us and deserved the win. There’s little to question.”

08.26 GMT: Interesting line from David Villa, who has told the BBC that he was in talks to join Arsenal in 2013 but the move from Barcelona fell through. Atletico Madrid stepped in to scupper then boss Arsene Wenger’s plans and after a season there, the Spain legend went on to play for New York City FC, and Vissel Kobe in Japan.

“We were in a lot of meetings and a lot of calls,” Villa said. “I felt 90% in that moment that I [would] go to Arsenal and Arsene Wenger. But in that moment we didn’t arrive to the deal.

Villa, 38, retired last season after a glittering career that included winning Euro 2008 and the World Cup in 2010 with Spain.

08.00 GMT: Welcome to another edition of Transfer Talk LIVE! Kicking things off this morning is Sergio Busquets, who is not happy with Barcelona’s squad planning. Quique Setien’s men drew 1-1 at Napoli in their Champions League round-of-16 first leg on Tuesday night but his already stretched squad has been depleted further, with Busquets and Arturo Vidal missing the second leg through suspension.

Gerard Pique also limped off through injury and Busquets said: “We hope Pique’s injury is nothing serious but we will take on the second leg with what we have. We don’t have a deep squad because, unfortunately, that’s how it was planned.”

With Frank Lampard starting 38-year-old journeyman Willy Caballero in Tuesday’s trashing to Bayern Munich over record-signing Kepa Arrizabalaga, it appears Chelsea are set to go a different direction in goal.

Spanish channel El Chiringuito TV claims that the Blues have offered Kepa plus €30m to Atletico Madrid for No. 1 Jan Oblak.

Oblak, a Slovenia international, is widely considered one of the top goalkeepers in the world and would be a major upgrade on the error-prone and short-of-confidence Spaniard.

Lampard seems fully done with Kepa — and after Tuesday’s 3-0 loss to Bayern — it’ll be interesting to see how urgent Chelsea go for Oblak, Ajax’s Andre Onana or someone else this summer.

– Juventus are interested in signing Lyon midfielder Houssem Aouar, according to Calciomercato. And the Serie A giants are understandably set to up their pursuit to capture the 21-year-old should the likelihood of snapping up first-choice transfer targets Paul Pogba of Manchester United and Brescia’s Sandro Tonali decrease. Aouar has been valued between €60m and €70m by Lyon.

– Real Madrid have a €70m offer ready to submit to Napoli for the services of Fabian Ruiz, say Calciomercato. The Spanish midfielder is also linked with a move to Manchester City. But Madrid hopes the high sum will lure away the threat of either City or Barcelona poaching the 23-year-old’s signature from under their nose.

– Former Chelsea and Liverpool striker Daniel Sturridge has been linked with a return to the Premier League by Turkish media. The 30-year-old is currently playing for Trabzonspor in the Turkish top flight, and now Fotospor is reporting that Aston Villa are keen to return Sturridge to his hometown of Birmingham this summer. Sturridge has played 13 games in Turkey this season, scoring four goals. 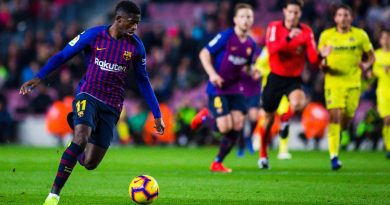 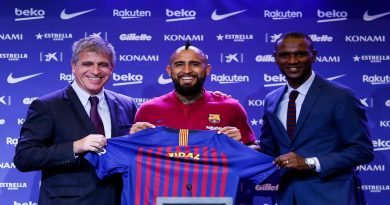 Aug 7, 2018 ayman022 Comments Off on Ribery: Vidal’s departure a loss for Bayern 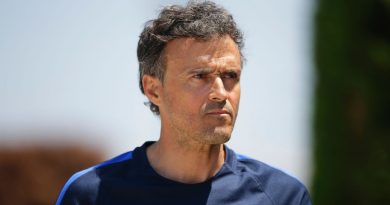