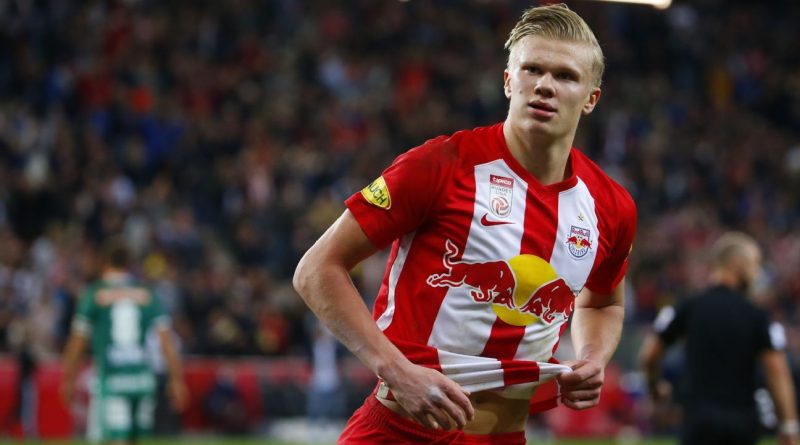 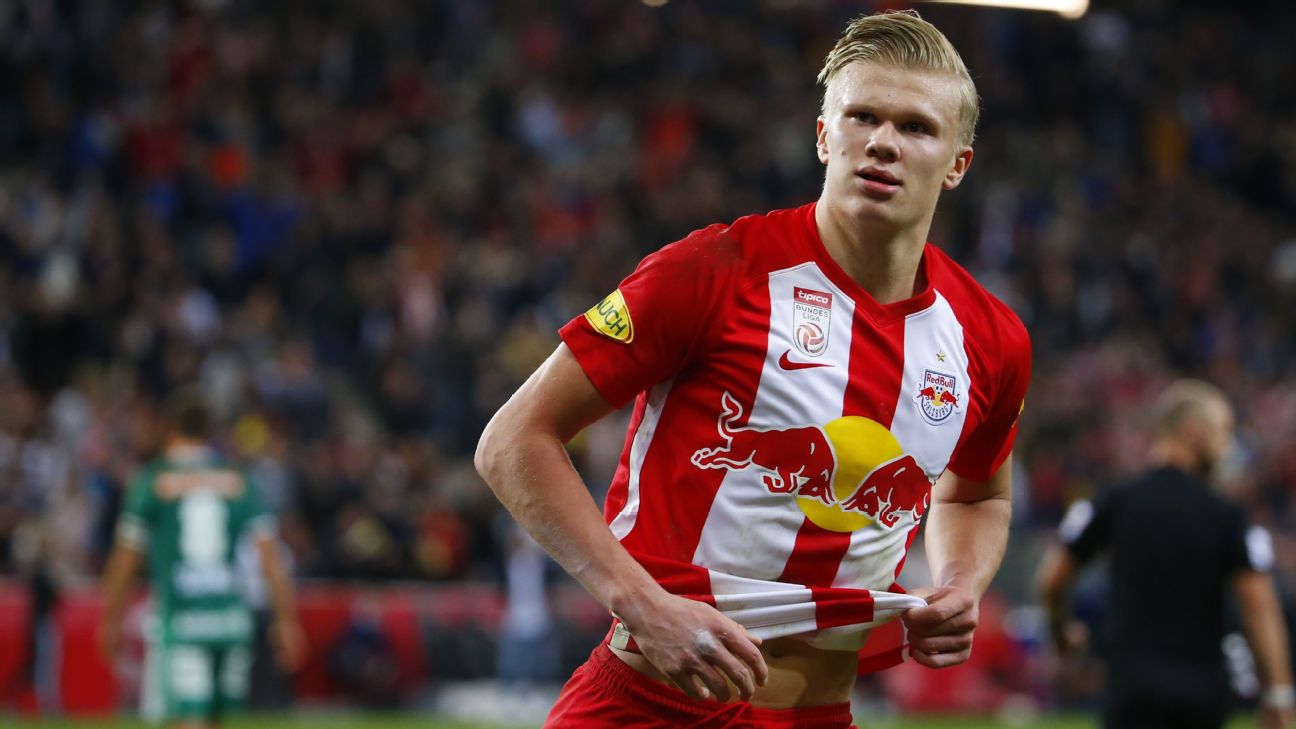 Sources at AS claim Real Madrid are planning to make an initial enquiry for highly sought-after FC Salzburg striker Erling Haaland, but senior figures in the Spanish capital have baulked at the €100 million valuation of the 19-year-old.

Manchester United appear to be the front-runners for the forward’s signature, with Red Devils manager Ole Gunnar Solskjaer keen to bring his fellow Norwegian to Old Trafford, but that won’t prevent Real from throwing their hat into the ring at the end of the season.

There are concerns in the Haaland camp that the youngster will have a difficult path into the Real starting lineup ahead of Karim Benzema and €60m summer signing Luka Jovic.

18.40 GMT: Gareth Bale has said that he feels “more excitement” playing for Wales more than he does at Real Madrid, with his future in Spain looking uncertain once again.

ESPN FC’s Ale Moreno weighs in on Bale’s latest comments and the situation he finds himself in at the Bernabeu.

17.33 GMT: Inter Milan have stepped up their interest in Chelsea striker Olivier Giroud, with the Italian club’s sporting director Piero Ausilio spending last week in London to negotiate a deal, according to the Sun.

France international Giroud could reportedly be available for around £6 million, with the striker out of favour at Stamford Bridge.

The 33-year-old’s contract expires at the end of the season as Inter are looking to sign the striker in January.

Giroud has made just four appearances for Chelsea in the Premier League this season.

16.20 GMT: He may be linked with Manchester United and Real Madrid, but should Erling Haaland make the move?

The highly sought-after Red Bull Salzburg striker has been told not to move to a European giant by his former coach, according to Goal.

“The tactical requirements at Bayern and Liverpool would be a bit too high for [him] now,” Alf Ingve Berntsen, who worked with Haaland at Bryne FK, reportedly said.

“After all, he has only played in Norway and Austria so far. And also there for a short time.

“The most important thing for Erling is to play regularly at the highest possible level. It would be bad for him not to play at his new club.”

15.20 GMT: Sporting Lisbon star Bruno Fernandes has said that he is in no hurry to leave the club, despite being heavily linked to a move to the Premier League last summer, according to Sky Sports.

Manchester United and Tottenham Hotspur were two sides that were rumoured to be potential suitors last summer but a move never transpired.

“I’m not worried at all [about transfer window speculation],” Fernandes said. “Since 2016, there’s been talk about my possible departure. I have dreams to fulfil but I have no need to force my departure.”

#CardiffCity can confirm the appointment of Neil Harris as the Club’s First Team Manager.

12.02 GMT: Manchester City face a battle to keep winger Leroy Sane with Bayern Munich still interested in the winger, according to the Telegraph.

Bayern were reportedly interested in bringing Sane back to Germany last summer but failed to land the winger, but the club are hoping for a better deal when the star enters the final 12 months of his contract at the end of the season.

City are reportedly lining up replacements for Sane, including Real Sociedad’s Mikel Oyarzabal.

10.45 GMT: The Sun has quotes from the father of Everton striker Moise Kean, who says that it was a mistake for his son to move to the Premier League club. Kean joined Everton from Juventus for £24 million in the summer but has yet to score a goal.

“He’s not feeling good at Everton, I didn’t like this transfer,” Jean Kean said. “I hope he can get back to Italy right away, I hope Rome, the important thing is that he comes back here.”

The Daily Mirror reckons Man United are set to splash the cash in the January transfer window, with the Red Devils weighing up moves for Haaland, as well as Borussia Dortmund winger Jadon Sancho, 19, in deals that could total £200 million.

United have been alerted to the possible availability of England international Sancho, who is enduring a difficult time in Germany. Sancho was hauled off in the first half of his side’s 4-0 defeat to title rivals Bayern Munich last weekend, just a few weeks after being fined by his club after returning late from England duty during the previous international break.

Solskjaer & Co. are reportedly hoping to capitalise on the tension between Sancho and Dortmund, and are set to make a move for the former Man City man in January, rather than waiting until the summer.

Napoli are on the lookout for a new midfielder to bolster their engine room, and Calciomercato claims the Serie A giants have held initial talks with AC Milan over a deal for Ivory Coast international Franck Kessie.

The 22-year-old has expressed a desire to leave the San Siro after falling out of favour at Milan, and with Napoli keen to add depth to the holding midfield position amid interest in current incumbent Allan, a deal between the two clubs appears to have opened up.

It is believed a fee of around €16 million will be enough to take the former Atalanta man to Naples, although last season’s Serie A runner-up will need to fight off competition from Premier League side Wolverhampton Wanderers for the player’s signature.

— West Bromwich Albion could be forced to sell youngster Nathan Ferguson in January to avoid losing him for a nominal compensation fee in the summer, according to the Daily Mail. The 19-year-old defender has been linked with moves to London teams Tottenham Hotspur and Crystal Palace.

— TakSPORT claims Liverpool are interested in Genk midfielder Sander Berge, but Jurgen Klopp’s side face a potential bidding war with Napoli for the Norwegian starlet. The 21-year-old played against the Reds twice in this season’s Champions League, with Liverpool’s chiefs reportedly impressed with the youngster’s displays.

— AC Milan are set for a busy weekend of scouting, and Calciomercato claims Rossoneri eyes will be on a trio of Dutch internationals as they prepare to face Northern Ireland in Belfast on Saturday. Milan will be keeping tabs on PSV right-back Denzel Dumfries, AZ Alkmaar forward Myron Boadu, as well as Lyon striker Memphis Depay, as Netherlands look to seal qualification for Euro 2020 at Windsor Park. 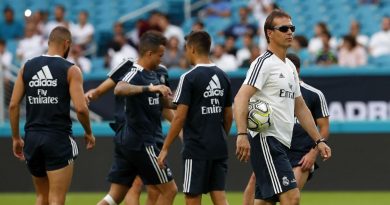 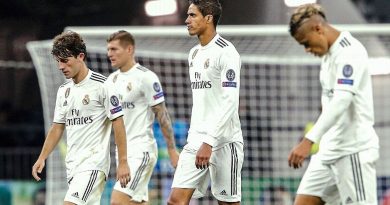 Aug 24, 2021 ayman022 Comments Off on Xherdan Shaqiri leaves Liverpool to join Lyon in deal worth up to €11 million