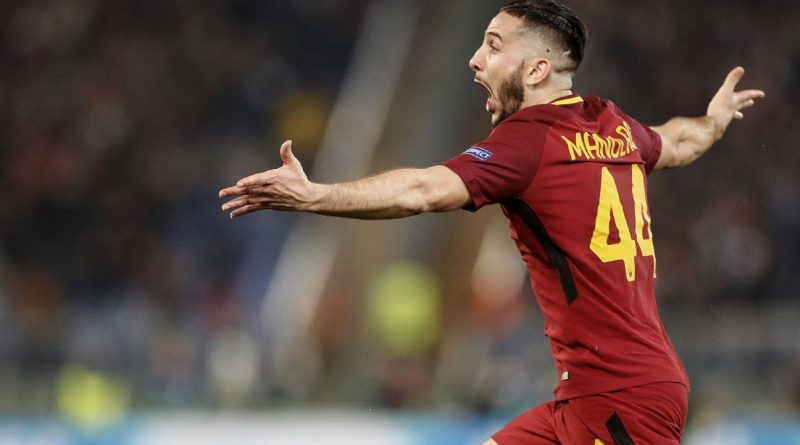 Look back at the tapes of Kostas Manolas’ sensational goal against Barcelona (which gave Roma a crucial 3-0 lead in the return leg and sent them into the Champions League semifinals) and you’ll notice it’s almost exactly how Traianos Dellas scored the dramatic extra-time “silver goal” in the Euro 2004 semifinals, knocking heavy favourites Czech Republic out and putting Greece on the path to the most unlikely triumph.

It is symbolic that Dellas was a hugely popular Roma player at the time. “The Colossus,” as he is affectionately known thanks to Otto Rehhagel, was admired at Stadio Olimpico for his fighting spirit and never-say-die attitude. Those qualities were appreciated by Manolas, who was fortunate to play alongside Dellas at AEK Athens at the beginning of the decade, and was taken under the veteran’s wing — where he learned about the mental toughness needed in professional football. Manolas saw Dellas as a perfect role model, and it is only natural that he eventually chose Roma as his first club outside Greece.

Manolas used to have an even more significant idol: his uncle, Stelios Manolas, is one of the greatest AEK Athens players and represented the club 700 times, captaining them for 19 years. In his childhood, Kostas used to play as a striker and dreamed of scoring a lot of goals. However, he eventually realised that his shooting talents were rather limited and set a new goal: emulating his famous relative.

Naturally, it was Stelios who suggested that AEK sign his 18-year-old nephew from tiny Thrasyvoulos in 2009, amid suspicions of nepotism. Doubters were proved wrong, though, because Manolas scored his first-ever goal against bitter rivals Olympiakos in extremely unusual circumstances.

Kostas Mitroglou broke the defender’s cheekbone 10 seconds into the game and Manolas was substituted after 17 minutes, but not before netting the opener and celebrating wildly with a swollen face. Refusing to go to hospital until the 2-1 win over confirmed, he was operated on the next day. But the legend was born.

And yet, AEK fans see Manolas as a traitor nowadays. After promising never to join Olympiakos, he did just that in the summer of 2012. A few months previously, AEK tried to sell him to Dnipro, but the defender refused to join the Ukrainians, waited for his contract to expire before crossing the road on a free transfer.

The move proved to be highly beneficial for Manolas, and not only because he easily won two championship titles. While he was initially known as a fast and physical player, the defender improved his technical skills at Olympiakos. He read the game much better, conceded significantly fewer fouls and cards, and his coach Leonardo Jardim (now at Monaco) left a lasting impression.

“Manolas is a product of our efforts,” he claimed in retrospect.

Michel, who replaced Jardim, also trusted Manolas to build the play from behind, and one of the defender’s best performances took place in the Champions League round of 16 fixture in 2014, when he expertly took care of Wayne Rooney and Robin van Persie as Olympiakos beat Manchester United 2-0. The Red Devils might have won 3-0 in the return leg, but it was obvious that time had come for Greece’s best defender to try his luck in a bigger league. Following Dellas’ footsteps, he was sold to Roma for €13 million that summer.

“Roma is the best choice for me,” Manolas stated upon arriving in Italy, seemingly unworried about the task of replacing the Bayern Munich-bound star Mehdi Benatia, boldly claiming: “He is the past, I am the present.”

“Manolas has the potential to succeed at Roma,” Dellas remarked, and was absolutely right. The Greek became a stalwart under Rudi Garcia and Luciano Spalletti, prompting interest from numerous top Premier League clubs. Chelsea, Manchester United, Arsenal, Tottenham and Liverpool were all linked with a possible transfer, but those rumours never materialised. Spalletti’s new club Inter were also keen, but a totally different alternative suddenly became a very real proposition in June 2017.

Roma sporting director Monchi is known for shrewd dealings in the transfer market, but his accepting of a €40 million offer from Zenit for Manolas seemed a bit strange. The Italians had already sold the Argentinian midfielder Leandro Paredes to St. Petersburg, and the Greek star was supposed to follow. Upon agreeing to the terms, however, Manolas decided to back out because Zenit only agreed to pay salary in Roubles and he failed to turn up for a medical.

“I decided to stay at Roma because I am happy here,” Manolas said. As always, he took his fate into his own hands.

Roma sold Antonio Rudiger to Chelsea instead and never regretted keeping Manolas, who is having a sensational season under Eusebio Di Francesco and extended his contract until 2022 in December. He was outstanding in October when Roma won against the Blues in the Champions League, eventually progressing into the knockout stages at their expense, and scored that magical “Dellasesque” goal against Barcelona.

Manolas has a winning mentality and you should never write him off. He scored a clumsy own goal at Camp Nou in the first leg, but became a hero a week later and now has chance to prove himself in another massive game for the club. Liverpool have had their own defensive issues this season, but would be wise to pay attention to “The Colossus,” as he seeks to make yet more Roma history. 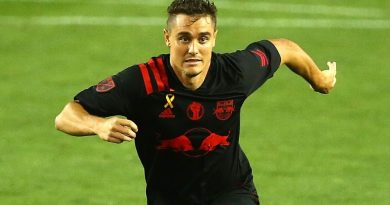 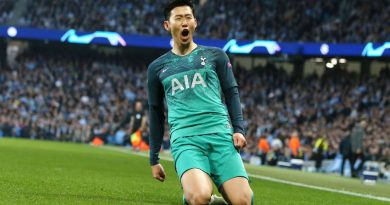 Apr 22, 2019 ayman022 Comments Off on Son is proving that Tottenham are far more than ‘the Harry Kane team’ 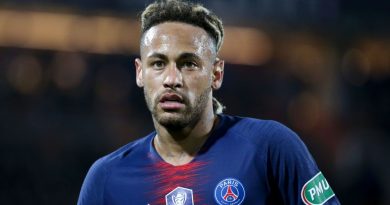