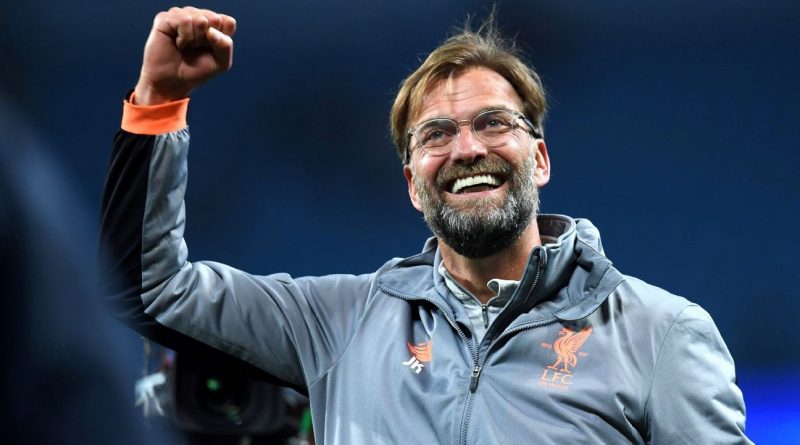 Liverpool go marching on in Europe after a determined, fully deserved 5-1 aggregate win over Manchester City.

With a 3-0 lead the tie was won at Anfield, really, and despite a very tense first half at the Etihad — where City demonstrated why they are running away with the Premier League — the first-leg victory proved too big to overcome.

Many mocked the idea of a passionate Anfield having any sway over the result, but it has happened so often over the years that it seemed churlish to pretend it does not play a part.

Pep Guardiola remembered his manners to congratulate Jurgen Klopp and Liverpool, but not before listing several decisions that did not go his team’s way, implying that the best team didn’t go through.

That’s a game that anybody can play. Going over each and every incident after the fact with a fine-toothed comb is very easy. City’s deadly start to the second leg was assisted by a clear push on Virgil van Dijk by Raheem Sterling, a player who’d petulantly kicked out at Jordan Henderson at Anfield and received no punishment for it.

If the eventual aggregate had been marginal, City could have good cause for grievance. But since it wasn’t, there can be little doubt which team eventually deserved to go through.

Before the season began, Liverpool supporters argued about what they could expect from their team.

Once Manchester City began to race into an unassailable lead in the Premier League, all thought of being title-winners — if there actually were any fans who believed in that — would have been adjusted.

A top-four spot and a reasonable Champions League campaign were therefore the renewed ambitions and Klopp has almost certainly achieved both, the upcoming semifinal a delightful bonus.

That he has managed to do all this with a negative net spend in the transfer market simply defies belief.

Some supporters make too much of the current financial imbalance between Liverpool and a few of the teams they’re trying to catch, but a swift comparison between the substitute benches at the Etihad were a reminder of what Klopp is up against.

He can be proud of the fact that the big-money players he was allowed to buy have worked out well; none more so than Mohamed Salah, who might have sealed all the various Footballer of the Year awards after his two vital goals in the European tie.

What happens this summer will define where Liverpool go next. It’s a long shot, but they may even be European champions by then, with the extra allure that can bring for outstanding footballers looking to make the next step up.

As good as City have been, this is a Liverpool team that’s beaten them three times and clearly has laid the foundations to make the final move toward greatness.

Of course, there are flaws. Dejan Lovren was excellent against City in both games but has never shown the true consistency that someone like van Dijk has displayed in just a few months at the club.

Central midfield will be augmented by Leipzig’s Naby Keita soon enough, but perhaps even more is needed.

Liverpool’s front three have been amazing, but if one should miss out, there’s a big drop in quality. That won’t be so easy to resolve, since truly gifted players might be fearful of long spells as a substitute.

There can be too much attention paid to what isn’t there and not enough to what Klopp has achieved. His teams have averaged two goals a game since he arrived and this Champions League campaign alone has garnered 39 of them.

Somebody like Salah was expected to be a decent addition but exceeded everyone’s wildest dreams, while Roberto Firmino has been transformed into one of the game’s most influential strikers.

Klopp himself has always been casually dismissive of the transfer window’s importance, but there’s little doubt that Liverpool stand on the edge of something big and he needs to be backed completely this summer, whatever the cost.

There will be stumbles along the way and most will be mindful that the last two Liverpool managers who built great teams — Rafa Benitez and Brendan Rodgers — were unceremoniously dumped within a year, when all that promise quickly evaporated.

Klopp may well have to deal eventually with the cruel vagaries of modern football management, but many will hope there will be a degree of patience shown to the affable German in the future.

He has restored Liverpool’s reputation in Europe with one final and perhaps even two. Once the club lost its domestic superiority, their role as England’s most successful representatives abroad has been clung to like a life raft.

In the afterglow of great celebrations following a tremendous win, it’s vital to keep looking to the future and not to allow yet another good team to break up and wither away without reinforcements. 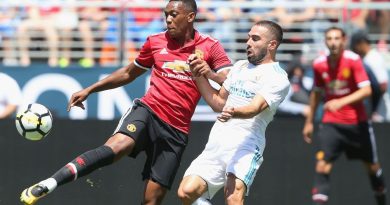 Oct 10, 2020 ayman022 Comments Off on Brazil cruise against Bolivia but need sterner tests going into the World Cup