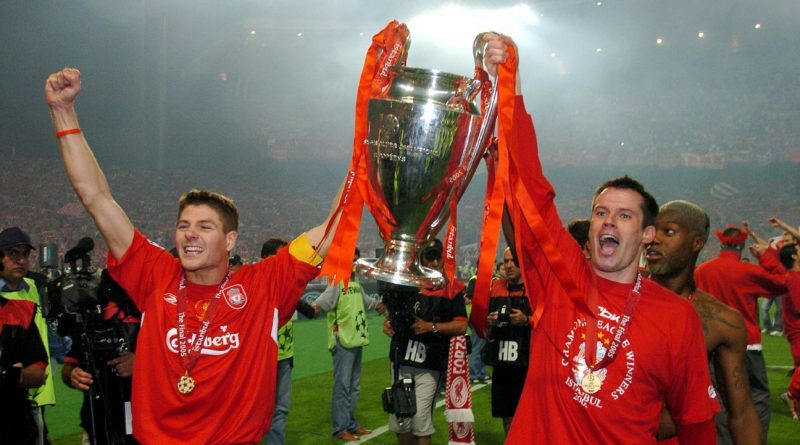 Only a tiny percentage of Liverpool’s fan base will be in Kiev for Saturday’s Champions League final against Real Madrid. The rest will be sat in front of their televisions at home or in various bars and open air venues watching on big screens. Many will even be at Anfield.

Reaching a European Cup final is a pretty big deal, unless you follow Real Madrid in which case it’s an annual event. For everyone else, these occasions should be savoured as they don’t come around too often, although for Liverpool it’s actually their third final in 13 years, which isn’t bad going for a club that has been “knocked off its perch”.

For fans, being in Kiev is obviously the preferred option but for the overwhelming majority of Reds around the globe that isn’t possible. It should not lessen their experience of the occasion though.

From a personal perspective, I’ve experienced both sides of it. I could not go to Istanbul in 2005 but I was there in Athens two years later. One provided memories I’ll cherish for the rest of my life, the other was a largely miserable experience that still hurts any time I think about. Dirk Kurt up front on his own? Bolo Zenden?!? Really, Rafa?

I digress. The point is, finals are great, but only when you win.

Not being at the Ataturk Stadium did not lesson my enjoyment of “The Miracle of Istanbul”. Being there would have been great, of course, but I don’t feel as though I missed out because I had an incredible night with friends in my home town.

Athens, on the other hand, was miserable because it ended in defeat. Having to sit around in an airport for six hours waiting for a flight home (and they are always delayed) is bad enough, but our travelling party had to make a stop off in Germany before catching a flight back to Liverpool later that night. We did get a sympathetic wave from former Red Markus Babbel as he made his way through Cologne airport with the rest of his Stuttgart teammates (having just clinched the league title), but frankly it was scant consolation.

I won’t be going to Kiev but I’m at peace with that. There were just too many obstacles to overcome to get there. It sounds crazy, but getting a ticket for the match itself was not even the hardest part this year. Finding accommodation in or around Kiev was only possible if you were willing (or able) to pay extortionate prices.

I know of someone who had a hotel booked months ago only to be told last week that his booking had been cancelled, but that if he was prepared to pay 10 times the original amount he could still have the room. He was one of many.

The travel companies were little better. The “in and out” flight for the final cost more than the price of my season ticket at Anfield. For many, especially those with family commitments and for whom money is tight, it’s difficult to justify that kind of outlay for one game, no matter how big that game might be.

For others, no obstacle is too great and no cost too high. If the final were staged in the North Pole they would find a way to get there in their thousands, draping flags around polar bears, drinking with walruses and singing and dancing with seals. Fair play to them.

There was no easy or affordable way of getting to this final though and as a result thousands of fans who would normally have made the trip are now watching at home instead. “Home” in many cases being Anfield or Liverpool City centre.

The interest in this final is unlike anything Merseyside has experienced before. The city has been swept with cup final fever before — few places do it like Liverpool — but this year it has gone to a whole new level. Venues were selling out seconds after tickets went on sale. It’s crazy.

Liverpool opened up its Kop and Main Stand to show the game on big screens and tickets sold out within a couple of hours. The other two sides of the stadium were then opened and the same thing happened. Nobody expected the demand to be so high but it seems as though Liverpool supporters from all over the world are making the pilgrimage to Merseyside for this one.

In 2005 the scenes in the city centre were like nothing witnessed before and there were an estimated one million people there for the victory parade. That number will pale into comparison to what lies in store for Jurgen Klopp’s team should they emerge victorious this weekend.

Half of Ireland and Scandinavia are descending on the city, which explains why many local hotels have shamefully taken the same approach as their Kiev counterparts and put their prices up to extortionate amounts. Shame on them.

The decision of where to watch it can be tricky. Superstition often plays a part, for some more than most. Trying to persuade my friend and ESPN colleague Steve Kelly into doing the player ratings for the final was a tough task. You see, Steve had been on ratings for the defeat at Roma and the draw with FC Porto, whereas I had done the home leg against Roma, the 5-0 win in Porto and both legs of the Manchester City tie. Ever the team player, Steve has reluctantly agreed to do it while I go out and enjoy myself, although apparently he will forever hold me responsible if Liverpool lose.

I told him he was being ridiculous and that none of these things have any bearing on what happens on the pitch, and I firmly believe that. So why is there a part of me thinking that I should watch it in the same place I watched the 2005 final? Y’know, for good luck. Logic, it seems, goes out of the window when the stakes are this high.

A group of us have tickets for the screening at the Liverpool Echo Arena. Whether we make it there remains to be seen as I might end up convincing everyone to stick with what worked in 2005. Who knows, Steve might yet guilt me into staying at home to do the ratings!

It’s such an exciting time as there’s nothing quite like a European final. Playing against mighty Real Madrid with “Old Big Ears” as the prize is something that supporters of most other clubs will never experience. So wherever you happen to be watching it, make the most of it. We often lose sight of it, but we’re a fortunate bunch, us Liverpool fans.

If you’re privileged enough to be in Kiev on Saturday, shout and sing a little harder for those who can’t be there. And if you aren’t in Kiev, then sing and shout as though you are. 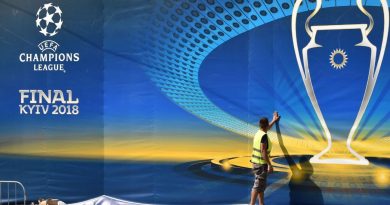 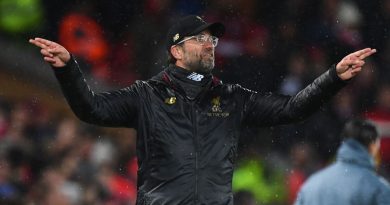 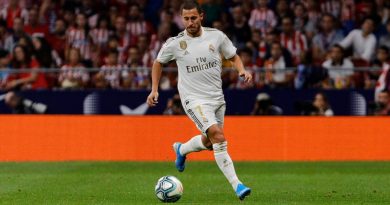 Eden Hazard: I can do much better at Real Madrid