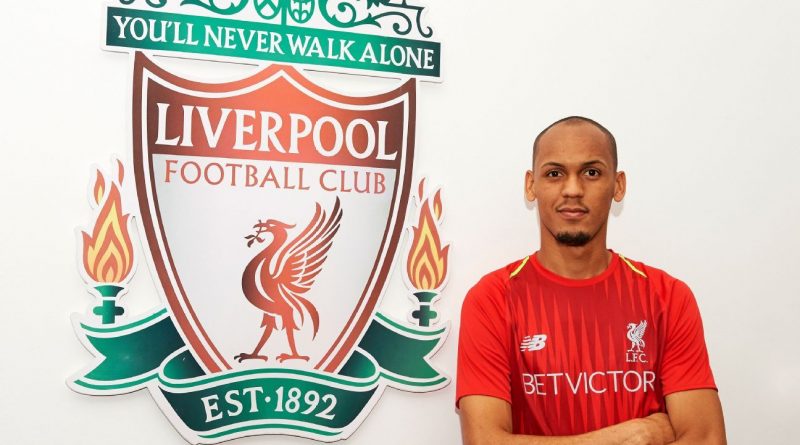 LIVERPOOL, England — It is now commonplace after Liverpool complete a transfer that manager Jurgen Klopp emphasises the character of his new signing.

For Klopp and Liverpool’s recruitment department, led by sporting director Michael Edwards, who both undertake intense background work on all potential recruits, the personality of a player is perceived to be just as important as his abilities.

As part of their identification of targets, they seek references from people who have had direct contact with a player in the past, to see whether they would be a suitable fit for Liverpool.

The assessments Liverpool will have obtained on Fabinho, signed from Monaco on Monday, will leave those on Merseyside confident the €50 million paid will be the club’s latest success in the transfer market.

English coach Matt Wilsher worked with Liverpool’s new signing from January 2012 when Fabinho was a standout talent in the youth ranks at Fluminense, a Brazilian club based in Rio de Janeiro.

“He was not extrovert, but always very polite, respectful and always well thought of within the group,” Wilsher told ESPN FC. “When I spoke to the people at Fluminense about him, everyone came back and said not only what a good player he is, but what a good human being he is as well.

“He’s very humble and a player with an excellent personality, a lot of humility. He’s a little bit shy, but not afraid of playing football. When he needs to take responsibility within the group, he does. And on the pitch he doesn’t hide.

“He’s displayed those characteristics ever since he was a kid at Fluminense.”

Fabinho’s career path is not well-trodden. He made as many first-team appearances for Real Madrid than he did for Fluminense (one).

He left Fluminense for Rio Ave in June 2012, but didn’t go on to make single outing for the Portuguese team. In August that year, Fabinho received a phone call from his agent instructing him to pack his bags, as he would be moving to Spain. Fabinho duly obliged and was only informed later on in the day that he would be joining Real Madrid on a season-long loan.

Although his time in the Spanish capital was mainly with Real Madrid Castilla, the club’s reserve team, Fabinho did lay on an assist for Angel Di Maria in a La Liga win over Malaga at the Bernabeu in May 2013.

However, it was at Monaco, initially on loan for two seasons before joining permanently in 2015, where the Brazilian made a name for himself. His performances in Monaco’s 2016-17 Ligue 1-winning campaign drew the attention from a number of leading Premier League clubs.

“I think he’s got a lot of characteristics that are probably suited to the English game,” Wilsher says. “For this reason, it’s probably why Klopp wanted him at Liverpool.

“I’d say his main qualities are probably his strength and technique. He’s a player that’s got a very good stature to him, so he’s quite tall and this was always highlighted during his time at Fluminense for his offensive qualities. When he arrives in attacking areas, he’s very strong.

Klopp has already pointed out Fabinho’s ability to play as a right-sided full-back, anchoring midfielder and advanced central midfielder. That versatility is always a useful option, but a source has told ESPN FC the 24-year-old is viewed by those at Liverpool to be Emre Can’s replacement, with the German expected to head for Juventus as a free agent this summer.

It is anticipated Liverpool will deploy Fabinho in the position where he was at his best at Monaco — the base of a midfield.

“There’ll be an adaptation period, like there always is with South American players who come to Europe and have to adjust to the style of play in England,” Wilsher says.

“I think if Klopp gives him a specific position and he knows that role in the team then it makes that adaptation a little easier.

“I think if he nails it down to one position in that Liverpool team and knows exactly what his responsibilities are, we’ll see the adaptation made easier for him.”

Fabinho will have the summer to adjust to his new surroundings. As a result of personal disappointment, he can report for Liverpool’s preseason right at its very start. Brazil’s riches in defensive midfield — with Casemiro, Fernandinho and Shakhtar’s Fred — means there is no place for Fabinho, who has four caps to his name, in this summer’s World Cup squad.

He should, however, get opportunities at major tournaments further down the line.

“I think part of the success in Brazilian football is based around having what they call a ‘volante’, which is the driver of the team. We would call it a holding midfield player,” Wilsher explains.

“In advance of that holding midfield player, you’d normally have three midfielders, so that driver of the team is very important in Brazilian football.

“When Tite announced the squad, he said something along the lines of: ‘This is not a squad necessarily of the best players. But this is a squad I’ve put together to win the World Cup’. I suppose that’s why players like Fabinho have been omitted.

“I think just maybe the World Cup came too early for him. He’s 24 now, so you’re talking about another two World Cups after this.

“I think the move to Liverpool and playing regularly in the Premier League will be key in him cementing a place in the Selecao.” 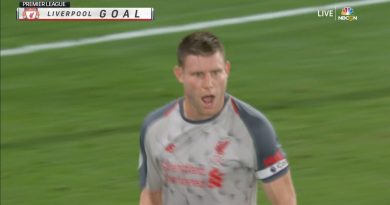 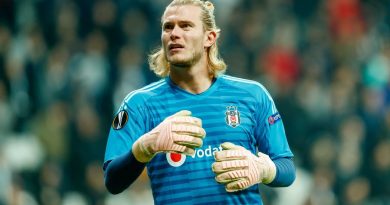 Oct 30, 2018 ayman022 Comments Off on Liverpool’s Loris Karius not set for early return Besiktas ‘happy’ with him – sources 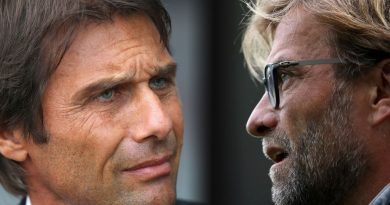 May 3, 2018 ayman022 Comments Off on Antonio Conte the anti-Jurgen Klopp as coaching styles collide at Stamford Bridge