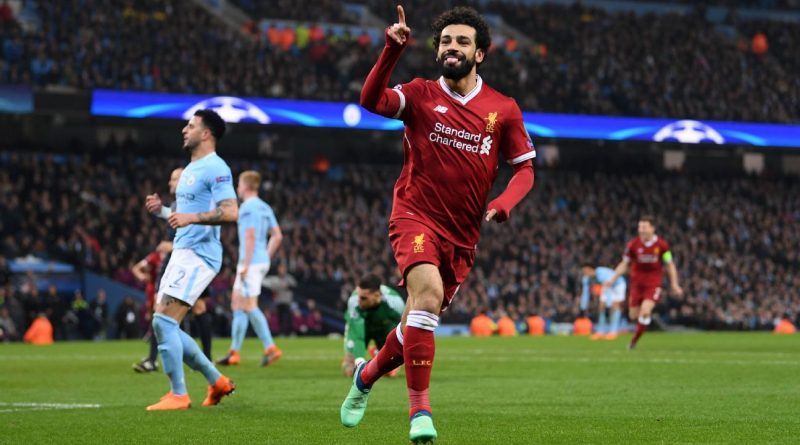 Who won the month? Liverpool

Early April had long been scheduled for Manchester City’s Premier League coronation, the rubber-stamping of the start of their new mini-era. From the moment they were drawn against Liverpool in the Champions League quarterfinal, though, the potential for some of their roof to cave in was there. Within the space of six days, they had twice been picked off by Jurgen Klopp, with an incredible second-half collapse against Manchester United sandwiched in between.

City soon wrapped up the mathematics of the title — restoring order with a commanding win at Tottenham — but there is, somehow, a downside to winning the league early: football’s shortening attention span tends to move on to something else.

That something else is Liverpool. Their something else is Mohamed Salah. He led the 19-minute, shock-and-awe demolition of City in the first half at a thunderous Anfield, before Klopp’s widely doubted back line showed considerable backbone to deny Pep Guardiola an away goal. The second leg, for all of City’s early bluster, was about keeping them at arm’s length.

Then came Roma, and an expectation of another all-out assault. Five goals in the space of 33 minutes. Salah, the PFA Player of the Year, revelling in his zone, with an adrenaline-soaked supporting cast. City may be better, but Liverpool are the right here and right now.

Who lost the month? Southampton

Few talk up football’s intangibles better than Mark Hughes. His playing career was founded on them, and now as a manager, he finds himself talking about “intent”, “understanding” and “confidence,” areas in which he believes Southampton have improved since he was parachuted into the job, fresh from taking Stoke towards the Championship.

The measurables, though, don’t lie. Defeats against Arsenal and Chelsea could be shrugged off at any other time of the season, but the manner of Southampton’s surrenders — let alone the timing, with just four games left — should have been a huge concern to a manager who places such value in fighting spirit.

Three goals in eight minutes allowed an indifferent Chelsea to come from 2-0 down at St. Mary’s, before Hughes pointed out that his players had been “clapped off for the effort”. Those slightly stale platitudes weren’t going to save Stoke from relegation, and they won’t help Southampton much either.

Player of the month: Wilfried Zaha

Crystal Palace’s standout player is stepping up. April was a good time to score 50 percent of his season’s goal tally to help secure eight more crucial points at the bottom of the table.

Four seasons on from returning to Selhurst Park with his tail between his legs after a forgettable £15 million move to Manchester United, the 25-year-old is gathering solid momentum for a second coming. The Premier League’s two unquestionable stars of the season — Mohamed Salah and Kevin De Bruyne — are poster boys for taking a small step back to take one giant leap forward, and Zaha could well be following a similar trajectory.

There is a useful arrogance about the way he carries himself and trusts his own strength and technique, demonstrated in the way he dominated a handful of defenders, produced a superb dragback and then swiped a left-footed shot past Asmir Begovic against Bournemouth. A tap-in against Brighton, followed by a striker’s run and header, suggested his repertoire is wider than ever before.

With no World Cup to treat as a shop window, Zaha’s stock relies on Palace’s fortunes. Fortunately for them both, he appears to be relishing the challenge. His next move will be a fascinating one.

Goals of the month: Dele Alli vs. Chelsea

It was an oddly barren month for spectacularly memorable goal scoring, with perhaps its most outstanding work coming on the very first day. Tottenham found themselves 1-0 down at Stamford Bridge — a not-unfamiliar scenario for them in the Premier League — but their response demonstrated much about what new Spurs are about.

On the cusp of half-time, Christian Eriksen looked around him to find N’Golo Kante, for once, sleeping on the job. Precisely 30 yards from goal, Eriksen took a touch to receive the pass and then another to set up his next move: the third touch was a gentle thwack, sending the ball in a dramatic arc over Willy Caballero, who had sunk to his knees in submission.

Once that trajectory had been processed by everyone at half-time, Spurs produced another immaculate goal to take the lead on the hour. Eriksen’s equaliser was good; this was better.

Eric Dier, again with space to make his mind up, drilled a long ball straight downfield to find the run of Dele Alli, who had ghosted in beyond the Chelsea back three. The pass was glorious, the first touch with the toe was pure, footballing satisfaction and the finish — on the half-volley, before Caballero had the chance to smother — was sidefooted home via a casual kiss of the post.

For months, it felt like the latest incumbent of The Worst-Kept Secret in Football, but the announcement that this season would be Arsene Wenger’s last as Arsenal manager still arrived with a jolt. Draft-version eulogies were hurriedly polished up for publication, and after 22 years of weaving himself into the fabric of English football, there was plenty to reflect on.

For those outside of the often furious Arsenal bubble, though, this was a blissful release; a release from a stagnating soap opera that had gone on one or two series too long, a slapstick comedy whose one joke (delivered roughly every February) was wearing thin, a romance that had long run its course but still deserved a respectful decoupling.

Once the TV montages have rolled in May, though, attention will turn to whoever will inherit Arsenal’s idiosyncrasies. Ivan Gazidis does not have a straightforward job overseeing that process, but all things considered, it represents a potentially glorious opportunity for someone.

The moment the ball (presumably) glanced off the shoulder of Harry Kane at Stoke, a novel — and rather unnecessary — controversy was born. As all self-respecting strikers ought to do, Kane claimed the goal, but had to go the unusual lengths of the Premier League Goal Accreditation Appeals Panel to make it official. The subsequent wave of mild social-media ridicule lingered beyond its sell-by date, obviously, but wasn’t vicious.

Only when Kane became the target of some more official taunts did the whole mini-saga start to get a bit weird. The PFA chairman Ben Purkiss sneaked in a harmless joke during a speech, then the official FA Cup Twitter account had some fun at Kane’s expense after Spurs’ FA Cup final defeat to Manchester United.

At no point during any of this did Kane ever complain, but the way this was allowed to snowball to the inevitable stage of outrage-by-proxy did nobody any favours.

What May needs to deliver

The title is decided, the top four looks locked down, even the Europa League qualifiers seem to be sorted. That leaves only the long, drawn-out misery that has been the Premier League’s relegation battle: after suffering for so long, we deserve it to go to the final day to provide one last bit of drama before we get our World Cup sticker books out. 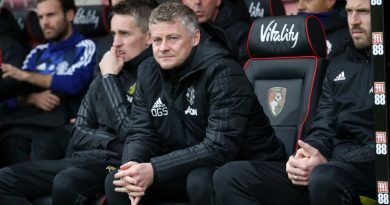 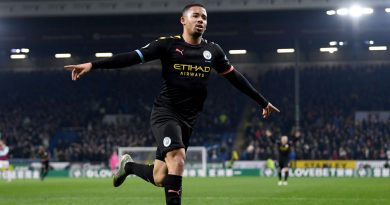 Jesus, De Bruyne both 8/10 for rampant City at Turf Moor 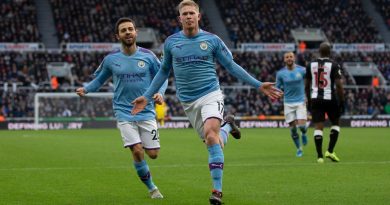