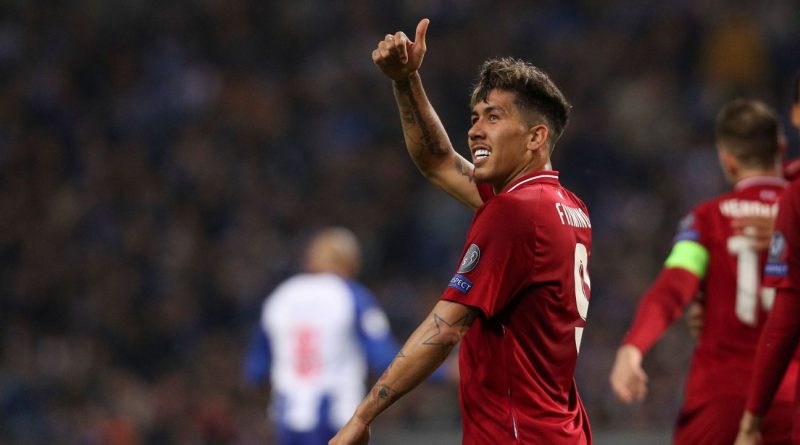 In simple terms, it was the classic Plan B: a back-up striker coming off the bench to get on the end of a teammate’s cross and nod home in the closing stages.

Except for the fact that Liverpool had already wrapped up their 6-1 aggregate win in the Champions League quarterfinal tie against Porto by the time Roberto Firmino headed goalwards in the 77th minute. And that their substitute centre-forward isn’t the classic Plan B at all, but a slender, mobile centre-forward once considered a false No. 9.

Firmino headed home against Porto, just as he did against Tottenham last month, against Manchester City in January, against Watford in November, and against Leicester back in September. In fact, only two players in the Premier League have scored more headed goals than the Brazilian this season: Fulham’s Aleksandar Mitrovic, and Burnley’s Chris Wood, 6-foot-2 and 6-foot-3 respectively and both playing for sides who base much of the play around their aerial abilities.

Firmino is just 5-foot-11 and not even a natural forward. But his evolution into a reliable striker, and increasingly a useful goal poacher, points the way ahead for him.

This season hasn’t been entirely plain sailing for Firmino, his goal scoring record of 16 goals in 44 games is respectable rather than spectacular, and further inspection reveals that he has mixed periods of brilliance with difficult spells. Indeed, he managed just one goal in 11 games in autumn, and then one in 10 games in spring. He was genuinely dreadful in a 1-1 draw at West Ham, perhaps the game Liverpool might live to regret most at the end of the season if they don’t claim the title.

Notably, Jurgen Klopp has always considered him part of Liverpool’s best XI though. Firmino has missed just four league games this season: omitted for trips to Huddersfield and Burnley, when Klopp rightly suspected he could rotate without dropping points, and he missed two more games with injury. Otherwise, the striker has maintained his position, regardless of his goal scoring record, because he offers so much more to the side.

Firmino was actually signed as an attacking midfielder, a driven and efficient No. 10 who could also play out wide. But, with Christian Benteke, Daniel Sturridge and Divock Origi at his disposal, Klopp’s decision to back Firmino as his first-choice centre-forward was a significant move, based partly around Firmino’s ability to press.

From Klopp’s early days, and in particular a memorable 4-1 win at Manchester City in 2015-16, it was clear Firmino had the intelligence and work rate to lead Liverpool’s press — intelligently ushering the ball sideways along the opposition’s defensive line, before helping to box them in towards the touchlines.

The issue was that Firmino wasn’t prolific, but he’s now gradually adjusted his game to become a proper goal scorer. He managed 11 in his first season at Liverpool, then 12 in his second, before a significant jump to 27 last campaign. This year he’s managed 16 and is unlikely to match his feats from 20117-18, in part because Klopp deployed Firmino as a No. 10 for much of the first half of the season, with Mohamed Salah upfront and Xherdan Shaqiri on the right.

Now he’s returned to the No. 9 role, the goals are flowing once more.

When Chelsea arrived at Anfield there was speculation about whether they would play a false No. 9, in Eden Hazard, or a true No. 9, in Olivier Giroud or Gonzalo Higuain. But Klopp knew he had an all-round No. 9.

Firmino is capable of linking play and then storming into the box to provide the finish — there was a brilliant example in the 1-0 win over Brighton when he dropped deep, fed the ball to Andy Robertson, before getting onto the return to force goalkeeper Matt Ryan into a fine save.

In the same game, he helped press Brighton midfielder Yves Bissouma by surrounding him alongside James Milner and Sadio Mane, and once Milner had made the tackle and Mane had passed on the ball, Firmino played a simple, but perfectly-weighted pass to allow Salah to curl home. It showcased his understanding and awareness of his role: helping to press then helping to assist.

Firmino did something similar in the 4-0 win at Bournemouth and though the assists themselves aren’t spectacular — he doesn’t regularly play incisive passes like Kevin De Bruyne or Mesut Ozil, for example — they are made simple because of the hard work he has done through his pressing. Klopp believes no attacking playmaker can be as effective as a good gegenpressing situation at the other end, and it’s Firmino who brings that concept to life.

In terms of finishing, it’s notable how many times Firmino has converted into an empty net this season: to secure an early-season win over Spurs, for his first in an eventual hat trick against Arsenal at Christmas, three times over two matches against Burnley, and in the 2-1 defeat to Manchester City.

Once, these goals would be dismissed as easy finishes that anyone could manage. In the world of xG (expected goals), however, getting into the positions to score unmissable chances is becoming increasingly revered.

Liverpool have only failed to score three times this season. Once was against Manchester City, in a tedious goalless draw where both sides were content not to lose, while the other two 0-0 draws came against Manchester United — when Firmino limped off before half-time and Klopp surprisingly elected to bring on Sturridge rather than Shaqiri and Liverpool’s system didn’t work — and the next weekend against Everton, when Firmino was only fit to play the final half hour.

Without him, Liverpool look less cohesive, less fluid and less dangerous in front of goal, whether he’s providing the finishes, the assists or the pressing.

Liverpool’s path to the Champions League final is blocked by a Barcelona side featuring Lionel Messi, who popularised the false No. 9 position in a previous phase of his career. Yet replicating the Argentine’s heroics has always felt impossible for mere mortals, and it’s Firmino, a more straightforward player who concentrates upon doing the simple things well, who feels like a model for future centre-forwards. 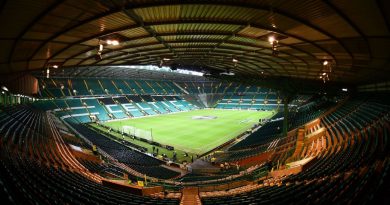 Aug 6, 2018 ayman022 Comments Off on Celtic may face Malmo or Vidi for Champions League group-stage place 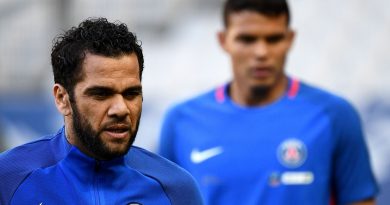 Alves: PSG must be careful against Liverpool

Sep 13, 2018 ayman022 Comments Off on Alves: PSG must be careful against Liverpool 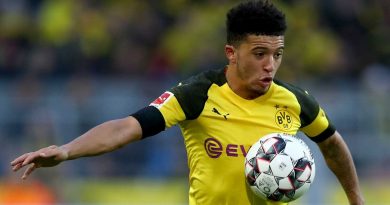 Sancho still has a lot to learn – Dortmund coach Favre

Mar 4, 2019 ayman022 Comments Off on Sancho still has a lot to learn – Dortmund coach Favre