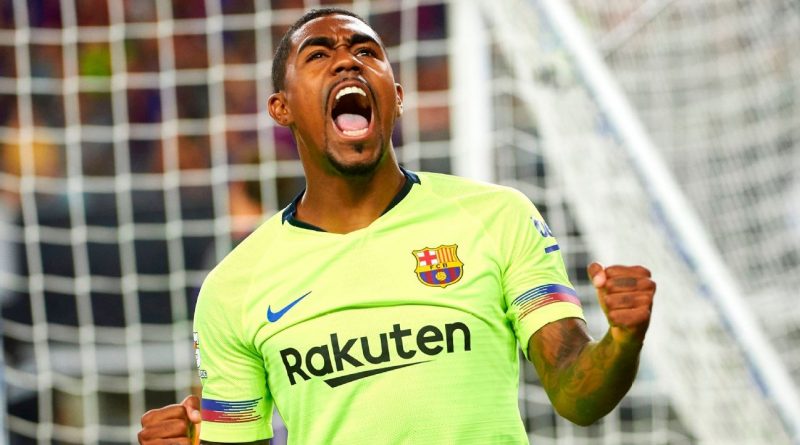 His parents named him after Malcolm X, FC Barcelona scribbled out his name, hurriedly writing Silva where it originally said something else, and AS Roma didn’t name him at all. It was a joke, albeit a rather pointed one that quite a lot of people didn’t find very funny. Meanwhile, Ernesto Valverde couldn’t help but notice he wasn’t called Willian.

Is it too late to do the “Malcom in the Middle” joke? It is? OK, but he was. A week ago, Malcom was on his way to Rome — fans had gathered at the airport to welcome him — only to end up at Barcelona instead. A deal had been done but not signed with the Italians, and yet, the next thing they knew, there he was kissing the Barcelona badge instead. It was, he said, a “dream come true.” For Roma, it was a nightmare. The president said he would never forgive the Catalan club… unless they sold him Messi.

Asked what he thought of Malcom a couple of days ago, Stoichkov said, conspiratorially: “He reminds me of a Bulgarian striker who came to Barcelona in 1990, ready to ‘eat the world.’ Things didn’t go too badly for him.” The Bulgarian was happily handing over his number, if not actually his name.

“[Malcom is] daring and has personality: give him Stoichkov’s No.8!” Stoichkov implored his former club.

Persuading Stoichkov to join Barcelona back then was quite easy: all he wanted was a red sports car. “I signed for that,” he said. “An Audi.” He didn’t yet have a Spanish licence so he couldn’t drive it, but still, it was enough. Persuading Malcom was easy too, even with a deal basically done. And €41 million was enough to persuade Bordeaux to break from Roma.

“That’s normal,” their coach Gus Poyet told ESPN. “Barcelona appeared, improving the deal, and the club and the player decided. If Barcelona call you…”

Persuading everyone at Barcelona that he is the right signing might have looked a little more difficult, but it has happened surprisingly quickly. For now, at least.

On one level, that shouldn’t surprise. Barcelona had watched him for a couple of years while there were suggestions, not entirely tongue in cheek either, that they did the safe thing: wait to see what Roma sporting director Monchi was up to and then hijack his deal. Imagine, by the way, the mischief Monchi could have with that…

Malcom is young at 21. He is a player with lots of qualities, too: He’s very quick, is well suited to the wing and able to go past full-backs. He helps defensively, too, even if he does say so himself. And yes, those are his words, a self-assessment. Poyet says he is ready, a player who is similar to Douglas Costa and can change a game, winning it alone, able to come bursting in from the right and shoot from mid-range. “He has something special,” said Poyet.

His signing, though, came as a surprise to many, including the manager. When Valverde was asked about him in the press conference, he said “the club thought he could help.” That’s “the club.” Not “I,” not “we,” not “us.”

It’s also use of the word “thought.” Valverde had been keen to sign Willian — Chelsea’s high asking price made that harder than anticipated — and while he accepted the alternative, he was not over-enamoured. Willian offered more versatility, for a start. Just as he was disappointed that Paulino departed (although the deal was a good one) and found that his interest in Dani Parejo was not shared by the club, incidentally.

Valverde, who is consulted on “profiles” of players they pursue but does not choose signings, publicly talked of the importance of a midfielder who could play “inside.” It fits the club’s style, but also offers a physical presence. (Arturo Vidal emerged as an option, albeit not a perfect one and also a little short, and Arthur has impressed so far.) Here, though, he had another forward and another wide player.

This was not what they had planned.

When Antoine Greizmann announced that he was staying at Atletico, Barcelona were caught out. There was no other plan in place, so they had to come up with one. Or did they? Griezmann was already a slightly awkward fit in the forward line, but such was his level and his price (€100m) that signing him was considered a unique opportunity they could not afford to pass up.

Malcom was different. Malcom was also, in truth, almost unknown. Not to the technical staff, you assume, but to most commentators (full disclaimer: yes, this one too) and fans. And plenty of fans, maybe even most, already distrust their club’s ability in the transfer market, as well as their capacity to identify and sign the right men. Griezmann’s decision, via a TV documentary that only deepened the sense of humiliation, with Gerard Pique figuratively getting in the popcorn, underlined that. And just look at Barcelona’s attempted sales this summer: essentially, they’re trying to get rid of the players they got in.

Then there was another question, one player above all: Ousmane Dembele. A year ago, these pages argued that maybe the best thing Barcelona could do with the money from the Neymar sale was nothing at all. Certainly not in the short term; they had to avoid the temptation to spend, resist the obligation to make a statement. They didn’t, spending a total not far from €150m on Dembele.

A year on, the price looks even higher. Dembele is still young (only 21, the same age as Malcom) and there were flashes of his talent, so it is natural to maintain hope that he can become an important player for Barcelona. It may be that competition is good for him. But injury, an apparent lack of confidence, an inability to fully capture the approach at the Camp Nou — even if they were different times, remember Javier Mascherano saying he had to “relearn” football at Barcelona? — and a distance between him and much of the squad left him unable to have much of an impact. Now he appears even more vulnerable.

The coach was not entirely convinced, either. There were doubts about Dembele’s ability to settle. Recently, there have been discussions over his future between the player and the club. That’s “discussions,” not “crisis talks” — it’s not so dramatic but it is an issue. (This is a €150m player, remember, with all the pressure and expectation that perhaps unfairly carries). And all the more so with the arrival of Malcom.

It was natural to ask: What did this mean for Dembele? If he did not start often last season, how often would he start this season with Malcom there?

The answer would depend on Malcom, of course. There were doubts, suggestions too, that he was one for the future, a player of potential as yet unfulfilled — a grace not always handed to Dembele. But then he played against Tottenham, scoring the winning penalty in the shoot-out and then scoring again against Roma. It had to be them, didn’t it?

On social media, Roma offered a team sheet that left Malcom’s name off; one or two challenges suggested that they might like to take his leg off, too. Kostas Manolas said he didn’t know him and didn’t care much for him. But Malcom said he would not rise to the provocation.

On the night when his name was handwritten into the team sheet, surname scribbled out and done again, he did rise to the occasion, performing well: He scored one and had a part to play in the other in a 4-2 defeat, producing a handful of nice touches and showing the personality Dembele often doesn’t.

It was only half a Barcelona team, mind you — and it’s one thing showing personality and demanding the ball when Lionel Messi and Luis Suarez are not there, another thing doing it when they are — and only a friendly in Arlington, but suddenly there is optimism. That is so typical of this time of year; it doesn’t always mean it is misplaced or unwelcome, even if it does usually mean it’s exaggerated.

It was then that Stoichkov wanted to hand over his shirt, the night that they saw that perhaps here was a player here. Unknown before, perhaps, but not for long: a player that encouraged his manager to think that missing out on Willian might not be so bad.

“[Malcom] gets involved with the play and we’re happy that his adaptation has been quick,” said Valverde. The cover of Sport screamed: “IMPACT MALCOM!” The battle with Roma felt worth it.

He also said something else important for him, and for everyone else everywhere else at this time of year, a timely reminder for us all. Yes, especially us. 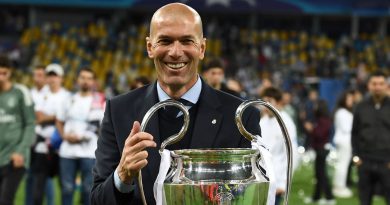 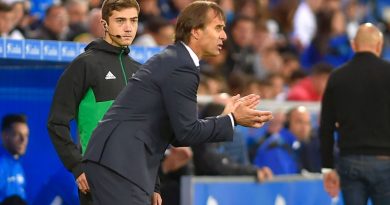 Oct 6, 2018 ayman022 Comments Off on Real Madrid’s Julen Lopetegui not thinking of sack after poor run of results

Neymar wants me to take Brazil’s No. 10 shirt from him