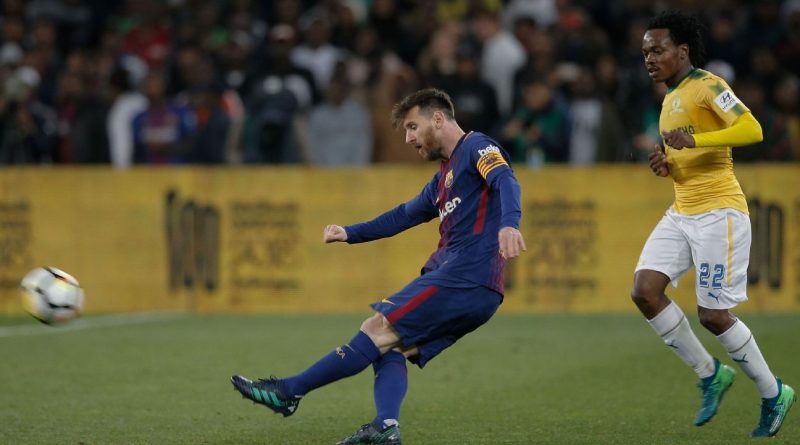 Lionel Messi came on as a second-half substitute as Barcelona beat Mamelodi Sundowns 3-1 in a friendly in Johannesburg on Wednesday as part of the Nelson Mandela Centenary celebrations.

Messi was rested for Sunday’s surprise loss to Levante, which denied Barca an unbeaten league campaign in their penultimate fixture, provoking criticism of coach Ernesto Valverde.

However, the Argentina forward didn’t train with his teammates on Tuesday, suggesting there could have been another reason why he didn’t play at the Ciutat de Valencia stadium.

Despite missing training, he still made the nine-hour journey to South Africa with his teammates after being named in a 23-man squad.

Supporters at the FNB Stadium — formerly known as Soccer City — grew impatient in the second half, though, when Valverde made 11 changes but left Messi on the bench.

There were cheers when he eventually began to warm up, coming on in place of B team midfielder Inigo Ruiz de Galarreta with just 15 minutes to go and with Barca already three goals ahead.

Ousmane Dembele had given them the lead within three minutes, making the most of a defensive error to curl home expertly from the edge of the box.

The Spanish champions then doubled their lead in the 20th minute when Denis Suarez fed his namesake, Luis Suarez, who made no mistake when one-on-one with Denis Onyango.

Dembele then had an effort cleared off the line but the eight-time and current South African champions also had their fair share of chances. Marc-Andre ter Stegen had to be switched on to keep out Percy Tau and Hlompho Kekana.

Valverde made 11 changes at half-time, with injured duo Thomas Vermaelen and Samuel Umtiti the only first-team players not to feature. One of the substitutes, Andre Gomes, added Barca’s third after good work by Paco Alcacer.

Messi was then introduced but was a spectator as Sibusiso Vilakazi pulled one back for Sundowns, getting the better of Jasper Cillessen after managing to stay onside.

Barca now return to Spain to prepare for their final game of the season at home to Real Sociedad on Sunday. 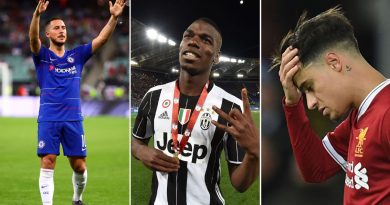 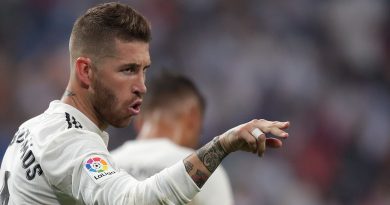 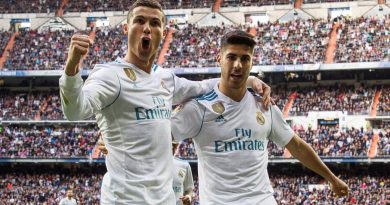