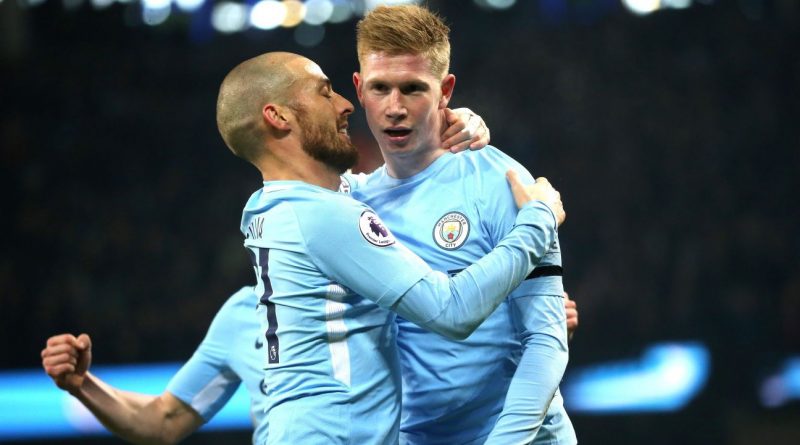 Manchester City’s Premier League title success has been so inevitable, and has been achieved so comfortably, that their revolutionary style has almost been overlooked. Pep Guardiola’s approach has been overwhelmingly technical, unashamedly possession-based and has featured positional nuances barely witnessed before in English football — all of it combined with some “throwback” tactical principles borrowed from yesteryear.

Here are six key features of City’s recipe for success:

Guardiola’s Manchester City have restated the case for possession football after a couple of seasons that featured a shift towards strategies focused upon pressing or counter-attacking. Leicester City’s title victory in 2015-16, for example, was recorded with just 44 percent of possession, a reminder that deep defending remains viable at the top level. Possession statistics themselves crop up less frequently than when Guardiola’s Barcelona were at their peak.

But City’s statistics in this respect are extraordinary. They’ve averaged 66.4 percent of possession in 2017-18: the next best is 58.7 percent, recorded by Arsenal and Tottenham. Their pass completion rate has been 89 percent, well ahead of their nearest challenger Arsenal (84.4 percent). Both figures are the highest ever recorded in the Premier League, proving that Guardiola hasn’t altered his fundamental faith in the importance of dominating the ball.

The caveat to City’s emphasis upon possession has been the distribution of their goalkeeper. Guardiola has always insisted goalkeepers must be good footballers but Ederson is a very different type of distributor to last season’s number one Claudio Bravo — and not just because his shot-stopping skills are superior.

Bravo was the archetypal “sweeper-keeper,” playing outside his penalty box and knocking neat diagonal passes towards the flanks. Ederson has also performed in this manner but the Brazil international also offers something different: his extraordinarily long goal-kicks downfield. City have taken advantage of the fact players cannot be offside at goal-kicks by deliberately positioning their front three behind the opposition defence, confident that Ederson can accurately arrow the ball 80 yards to them. It has served various purposes: stretching the play, bypassing the opposition press and sometimes even creating scoring chances.

In the Carabao Cup final victory over Arsenal, Sergio Aguero opened the scoring from a perfect example of this tactic, remaining behind Shkodran Mustafi, nudging the German out of the way to reach Ederson’s clearance, and lofting the ball into the net. It was classic route one, which wasn’t what we expected from a Guardiola side.

Guardiola had previously encouraged his full-backs to drift into the centre of midfield, both with Bayern and during his debut campaign with Manchester City. Last summer’s purchase of Kyle Walker and Benjamin Mendy suggested a return to overlapping full-backs but the approach has been mixed, partly because of Mendy’s serious knee injury, which meant converted midfielder Fabian Delph deployed there instead.

It hasn’t only been Delph drifting inside into central positions, either. In the 1-0 victory over Chelsea back in November, perhaps City’s most tactically advanced display of the season, Delph moved inside to become an extra midfielder alongside Fernandinho while Walker either took up a position alongside them or shifted laterally into a three-man defence. Either way, City were playing with five defensive players in a 2-3 or 3-2 formation, occupying the centre in order to guard against counter-attacks; this is perhaps the concept Guardiola has worked upon most since leaving Barcelona.

In simplified terms, Guardiola has used three different types of wide player at his three different clubs. At Barcelona he used wide forwards (the likes of Thierry Henry, Pedro Rodriguez and David Villa) who would make runs in behind the opposition into goalscoring positions. At Bayern Munich he used inverted wingers, Franck Ribery and Arjen Robben, who would start deeper and attempt to cut inside onto their strong foot. At City, however, he’s using proper wingers on their natural sides.

Leroy Sane is left-footed and plays on the left. Raheem Sterling is right-footed and plays on the right. Both can (and have) sometimes switched flanks this season but Guardiola has concentrated heavily upon these players starting on the outside of the full-backs, stretching the play and prising opposition defences apart. Both have continued to offer a goal threat: Sane’s comes from driving towards goal from right, often from Kevin De Bruyne’s passes, and Sterling by popping up in “poaching” positions.

But the deployment of these two on their “natural” flanks is entirely out of keeping with the recent trend of Premier League winners, almost a throwback to the Blackburn title winners of 1994-95.

De Bruyne and David Silva were always recognised as outstanding footballers but no-one other than Guardiola would have considered deploying both as conventional central midfielders in a three-man midfield as “free number eights,” to use De Bruyne’s own expression. Both were more accustomed to playing as No.10s or drifting inside from the flank. But the plan has worked marvellously, with De Bruyne and Silva regularly breaking into the channels.

The pair are enabled by Sane and Sterling remaining wide to create gaps between defenders, and they’re protected by Walker and Delph often remaining in deep, central positions to become temporary midfielders. The powerful De Bruyne has provided fizzed passes for Sane and wicked crosses, while the more diminutive Silva offers the finesse and quick footwork. Together, they’ve been unstoppable.

City have been absolutely determined to play one more pass than you expect: when a player has found himself in a good shooting situation, they frequently square the ball for a teammate in an great shooting situation. Sterling, for example, has scored a huge number of tap-ins and open goals thanks to the generosity of his teammates. This owes much to City getting so many players into the box for quick combination play and the Premier League’s top four assisters are all City players: De Bruyne on 15, Sane on 12, Silva and Sterling on 11.

In the era of “expected goals,” managers are particularly aware of the importance of shooting from prime positions and City’s “goal map” for this season is fascinating: there have been a few genuine long-range goals (often from De Bruyne) but absolutely nothing from between the penalty spot and the edge of the “D.” Almost everything has been from either in the six-yard box or the “second six-yard box,” to use an Alan Shearer expression: between the six-yard box and the penalty spot.

The value of shooting from close-range is obvious but no-one has perfected the concept quite like City. 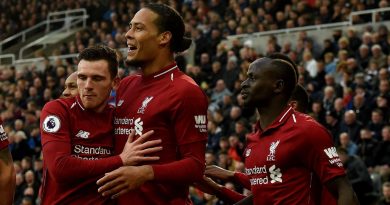 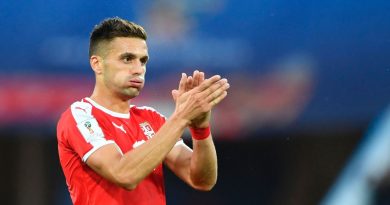 Jun 27, 2018 ayman022 Comments Off on Southampton near sale of Dusan Tadic to Ajax line up Mohamed Elyounoussi – sources 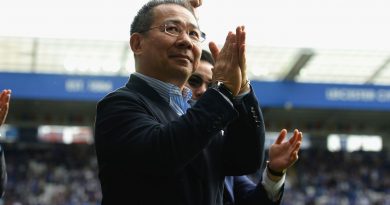