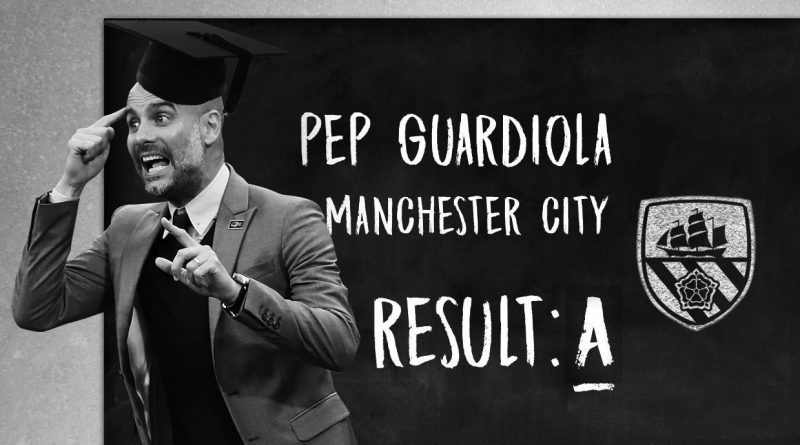 Manchester City enjoyed a stunning, record-breaking Premier League campaign. Now, the focus must be on replicating that in the Champions League.

Here’s a look back at Pep Guardiola’s impressive season …

Guardiola’s second season has been nothing short of extraordinary. Manchester City were by far and away the best team in the Premier League and, in a season that started with six clubs genuinely believing they could challenge for the title, it was impressive just how quickly it turned into a one-horse race.

City’s campaign was one of the most remarkable we’ve ever seen in Premier League history with records broken for most points, most goals and most wins while they were unstoppable on a 18-game run of successive victories between August and the New Year.

England was conquered by Guardiola and the challenge now is for his young team to do it again, and to go further in Europe to become one of the truly great sides of the modern era.

There were so many brilliant individual performances. Raheem Sterling has improved immensely and added goals to his game, which was his biggest weakness going into the season. Leroy Sane is a huge threat on the other wing, Sergio Aguero looks even more accomplished than at any other time in his seven years at the club, while David Silva was outstanding again in a difficult year for the Spaniard away from the pitch. New arrivals Kyle Walker and goalkeeper Ederson fitted in perfectly after their big money moves.

But Kevin De Bruyne has to be the standout performer. His ability to take control of matches, with his energy and vision and ability to open up defences marked him out in a team full of quality. The Belgian was perhaps unlucky to play in a season when Liverpool’s Mohamed Salah had such an incredible individual campaign to deny him the Player of the Year awards.

There were not too many City players that underperformed but there were some whose report cards would be signed off with “could do better”. John Stones had an exceptional first half of the season but a hamstring injury interrupted his flow and he struggled to find his form and confidence in the final few months. Guardiola has no doubts about Stones’ quality but he needs to be consistent over an entire season and he lost his place to Vincent Kompany when the captain was fully fit.

Ilkay Gundogan, Danilo and Bernardo Silva had solid seasons but didn’t do enough to really put the pressure on forcing their way into Guardiola’s strongest XI and they will need to increase their challenge if they want to be involved in the big games next term. Meanwhile, fringe players Claudio Bravo and Eliaquim Mangala didn’t do enough push themselves into contention on a regular basis.

City were so dominant and superior over the full season it’s difficult to pick out one particular moment. The derby victory over Manchester United in Old Trafford was the point at which Guardiola’s side confirmed their utter dominance. City weren’t at their best but still deserved their 2-1 victory on Dec. 10. It was a result that took their winning streak to 14 successive games — equalling the Premier League record, and they would go on to extend it by another four matches. United were already eight points behind, which seemed like a large gap and they needed to use the game to close it, rather than see it extended to 11 points.

Indeed, United manager Jose Mourinho all-but conceded that the title race was over despite their being five months and 22 matches remaining. City celebrated their victory enthusiastically in the dressing room after the game, annoying Mourinho, who felt it was disrespectful. But like the match that preceded it, he could do nothing about it.

City’s European campaign ended in a frantic 45 minutes at Anfield when they were overrun and overwhelmed by Liverpool. City didn’t have any problems reaching the quarterfinals — getting through the group stage by winning their five opening games and then blitzing FC Basel in the round of 16. Liverpool looked a positive draw despite City’s terrible record at Anfield where they have won just once in 36 years.

Jurgen Klopp’s side had ended City’s unbeaten run in the Premier League and Guardiola uncharacteristically responded by altering his formation — switching to a four-man midfield in a bid to stifle Liverpool’s attacking threat. It backfired badly and the Catalan conceded he had got his tactics wrong after the 3-0 defeat. The Champions League remains the top target for City’s owners and the painful night at Anfield is a reminder there are no guarantees that even Guardiola will be able to deliver it.

Much of the hard work has been done over the past two summers when Guardiola has completely overhauled his squad. The average age of the team has been brought down massively and now he only he makes to small changes to keep the squad fresh.

Older players on the edge of the squad like Bravo and Mangala will be moved out with new faces coming in or moving up from the academy to put pressure on established players. Yaya Toure is leaving and a new holding midfielder as a replacement will be one of Guardiola’s top targets.

He must also decide what to do with academy players Phil Foden, Brahim Diaz and Tosin Adarabioyo. The youngsters will have benefitted from spending a season training with the first team but they face a choice of whether to stick around and hope to force their way into the team or go out on loan to gain experience. 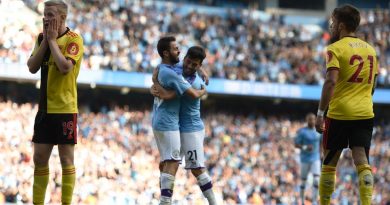 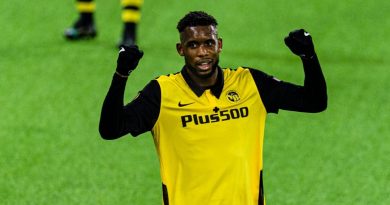 Mar 20, 2021 ayman022 Comments Off on Adams, Weah, Gioacchini out of U.S. squad due to restrictions; Siebatcheu, Cappis in 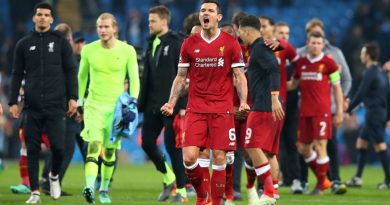 May 13, 2018 ayman022 Comments Off on Pep Guardiola expects Liverpool to challenge for Premier League title