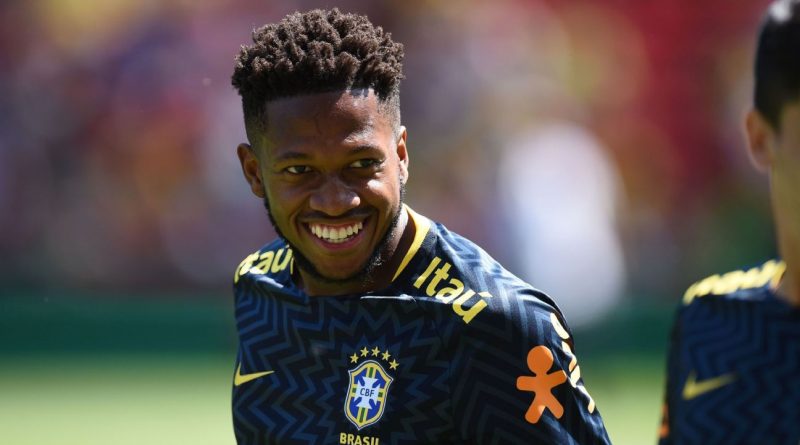 Signing for around €55 million from Shakhtar Donetsk, Fred will be the second most expensive midfielder Manchester United have ever bought. But what will he bring to the side?

In part, it is money well spent to help bridge the gap with Manchester City. But it is also an investment in the man above the Brazilian on the list.

Paul Pogba has scored 15 goals in 88 games since returning to Old Trafford for £89.3m from Juventus in 2016. He has won the League Cup and the Europa League. Last season, he recorded 10 assists in the Premier League, a tally bettered only by Kevin De Bruyne, David Silva, Leroy Sane and Raheem Sterling, who all had the benefit of playing for Pep Guardiola’s champions.

Still, there is always a nagging feeling that Pogba should be doing more. Jose Mourinho and his coaching staff are hopeful Fred might be able to help.

Pogba will tell you that he is “a No. 8,” best used on the left of a three-man midfield. Privately he insists it is there that he has “the best conditions” — to use his words — to show what he can do.

Sources have told ESPN FC that his agent, Mino Raiola, and even members of his family have petitioned Mourinho to play him there more often, having seen him deployed in a number of roles ranging from holding midfielder to No. 10.

Members of Pogba’s entourage insist the 25-year-old would happily play at full-back if it meant getting a game, but there is frustration that he is, at times, asked to do jobs that do not suit his skill set. There is hope — on both sides — that Fred can solve the problem.

After five seasons with Shakhtar — including 80 minutes in a 1-0 Champions League defeat at Old Trafford in December 2013 — there is a feeling in Ukraine that he is ready for his move.

A short, sturdy, energetic midfielder with a reliable left-foot, he will follow fellow Brazilian Fernandinho to the Premier League five years after he left Shakhtar for Manchester City.

“There is a trend in England that clubs are all looking for the N’Golo Kante type midfielder,” Ukrainian football expert Manuel Veth told ESPN FC. “Liverpool have signed Naby Keita this summer and Fred falls into the same category.

Fred impressed Pep Guardiola enough in two games against Manchester City last season for the Spaniard to explore the possibility of signing him in January. Though sources have told ESPN FC that City eventually decided the deal would be too costly and turned their attention to Jorginho at Napoli instead.

Fred, who started his career at Internacional in Brazil, scored 14 goals in 156 games for Shakhtar. However, his disciplinary record is an issue and he was booked 13 times and sent off once last season — though it is noteworthy that he was only booked twice in eight Champions League ties when Shakhtar played with a different system: more like the one he is likely to find himself in at United.

“He definitely needs a more defensive minded midfielder by his side, which was usually the case when Shakhtar played in the Champions League,” Veth added. “In domestic football Shakhtar were more attack-minded and Viktor Kovalenko, rather than Taras Stepanenko, was often playing at his side, which meant that despite being an attacking player Fred would play the more defensive role of the two.

“I think with Nemanja Matic he has the perfect partner and with Mourinho the right coach. One aspect the Brazilians all love at Shakhtar is the Portuguese speaking contingent and with Mourinho in charge Fred should have an easy time to adapt to life in Manchester.”

He will, though, want to avoid the controversy he has faced during his time at Shakhtar. In July 2014, Fred was one of six players who refused to return to Ukraine following a friendly in France against Lyon because of the conflict with pro-Russia rebels around Donetsk. Shakhtar have played away from the city for the last four years.

Then, after playing for Brazil in the Copa America in 2015, he tested positive for the diuretic hydrochlorothiazide, a banned substance that can be used as a masking agent. He was suspended for a year, backdated to the tournament, but after returning at the beginning of the 2015-16 season, the case was appealed by the World Anti-Doping Agency [WADA].

The Court of Arbitration for Sport eventually banned Fred for another four months between March and July 2017 and he was forced to train alone in Brazil.

“Even though he was twice banned for doping irregularities he was widely considered a massive success,” said Veth. “Shakhtar always sign South Americans with the hope to sell them on for a big profit. This will be the case with Fred, which means that his time will be considered mission completed.

“Shakhtar’s situation has been difficult, with the club playing in exile. But in general fans saw him positively and he was widely considered the most important player in the side.”

Newsflash: Manchester United are signing a box-to-box midfielder. Not a midfielder who is most comfortable sitting deep, like Matic. Not one who is far less happy in defence than attack, like Pogba. Or one whose instincts to get forward have been tamed in order for him to fulfil a more diligent defensive brief, like Ander Herrera. Not someone like Marouane Fellaini, whose skill set is both devastatingly effective in just the right context but severely limited in other respects.

No, United are acquiring a player who is entirely comfortable in all three central midfield positions, and, more to their credit, they are signing him before he goes on full public view at the World Cup with Brazil. The successful transfer of Fred is to be applauded in so many ways.

The speed with which United appear to have got the deal done is proof of the improved acumen of Ed Woodward, the club’s vice-chairman, who struggled so much in the transfer market when he was first appointed.

But most importantly, Fred is a player that United truly need. Too often last season, Matic was exposed for his lack of speed, especially when Pogba roamed upfield to join the attack from the base of midfield. Moreover, Herrera was still making the transition from a holding player — a role in which Louis van Gaal had recast him on his arrival from Spain — and so there were times during games where he seemed to have become more cautious in his approach play, less keen to thread the dangerous pass for fear of the team losing its overall shape.

Fred’s arrival promises to change a great deal of that. He will not bring a glut of goals to his team — not directly, anyway, as he managed one goal every 10 games in the Ukrainian league — but he should bring much greater intensity.

It is best to see him occupying the same sort of role for United as Moussa Dembele does for Tottenham — a stylish, physically robust midfielder who can carry the ball through the heart of midfield at speed.

Another parallel that can usefully be drawn with Fred’s career is that of Barcelona’s Ivan Rakitic, who also played in a range of midfield roles and ended up as an excellent all-rounder. Rakitic was a key player in the No. 10 role for Schalke in Germany, and now is the brawn — along with considerable brain — of the Spanish champions’ midfield.

When Fred arrived at Shakhtar, he found Taison and Bernard ahead of him in the pecking order — and, guided by Mircea Lucescu, he adapted his game superbly. Crucially, he is now someone who is not merely good enough to fill in for Matic, Herrera or Pogba but to start ahead of them.

Fred is part of Brazil coach Tite’s dramatic overhaul of the national side, and for good reason — like Fernandinho, the player to whom he is the understudy this summer, he combines great technique with positional awareness and the eye for a perceptive pass. Crucially, too, his signing could — and arguably should — help to bring the best out of Pogba, who has not had the same freedom to create at club level since leaving a Juventus midfield featuring hard-running types such as Claudio Marchisio and Arturo Vidal.

Fred may not add a great weight of goals or assists to United’s midfield, but there is a very good chance that he will add balance. And, if so, that will mean a very successful investment indeed. 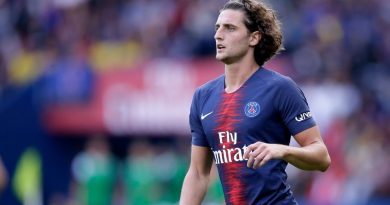 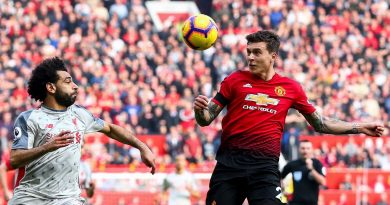 Oct 18, 2019 ayman022 Comments Off on Will Liverpool plunge Man United further into crisis? 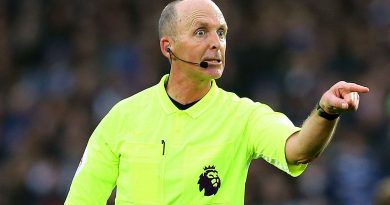