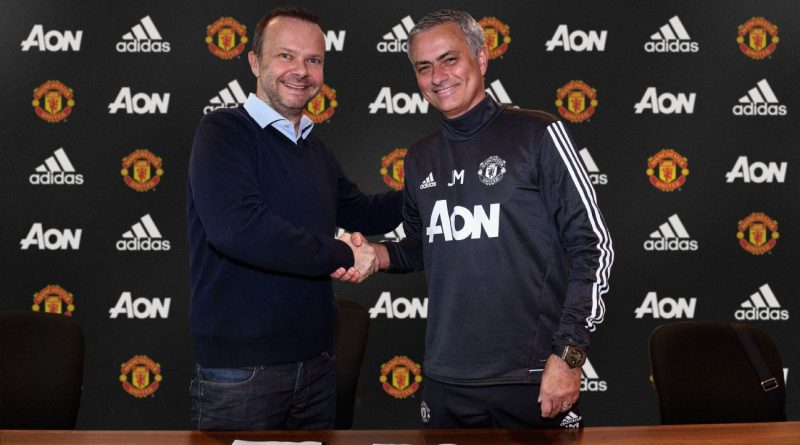 Manchester United lost the FA Cup final on Saturday, but it doesn’t matter, because Ed Woodward, the club’s executive vice-chairman, said so.

Well, not in so many words, but speaking on a conference call to investors last week — two days before the cup final — Woodward made what he described as the “very simple and candid” admission that silverware really isn’t the gauge by which success is now measured at Old Trafford.

“Playing performance doesn’t really have a meaningful impact on what we can do on the commercial side of the business,” Woodward announced, at the same time as predicting annual revenues of between £575 million and £585 million and profits in the region of £175 million.

United, as we all know, are a money-making machine, and if there was a trophy handed out for the most productive revenue streams each year, they would have won it enough times by now to have actually claimed it as their own.

Everyone seems to want to throw money at Manchester United. At the time of striking their agreements with Chevrolet and Adidas for shirt sponsorship and kit manufacturing, respectively, they were both world-record deals by some distance.

And the big excitement inside the corridors of power at Old Trafford now has nothing to do with Romelu Lukaku’s goals, David De Gea’s saves or Jose Mourinho’s football; it is all about the rapid growth of the club’s YouTube channel and the money-making possibilities it throws up.

“After the first week, [the YouTube channel] went past the Dallas Cowboys and after the second it overtook the New York Yankees,” Woodward told investors. “It’s bigger than any U.S. sports team’s channel.”

So there you have it. United won nothing this season and played some pretty uninspiring football under Mourinho, but not to worry: They made a stack of money and showed the Dallas Cowboys and New York Yankees how it’s done on YouTube.

Manchester City won the Premier League in style, amassing an unprecedented 100 points under Pep Guardiola, while Liverpool face Real Madrid in Kiev on Saturday aiming to win a sixth European Cup, but it will be United and Woodward who are left standing right until the end when it comes to counting money.

For all of Woodward’s bullish talk to the club’s investors, though, his comments point to a dangerous mix of arrogance, complacency and naivety at United.

In the early days of his reign as the man in charge at Old Trafford, following his elevation to the job in the wake of David Gill’s retirement in May 2013, Woodward made it clear that United’s history and tradition would enable the club to ride out the post-Sir Alex Ferguson storm and remain at the top of the tree in terms of making money.

Liverpool, United’s great rivals, were used as an example of how a club could go more than a quarter-century without winning the title but still command a huge global fan base and the commercial power that comes with it.

That is a reality, and United will have to suffer many years of failure before their popularity is diminished to any great extent, but while they stand still on the pitch, the likes of City and Paris Saint-Germain are growing ever stronger, and the old elite of Barcelona, Real Madrid and Bayern Munich continue to close the gap on United off the pitch.

United and Woodward cannot expect to retain their position as football’s commercial behemoth if they fail to win Premier Leagues and Champions Leagues while their rivals do exactly that, and with style, too. Their competitors will close the gap, amass more supporters and become more attractive than the fading empire that is forgetting what made it great in the first place.

That is because they still all put football, and winning, first. Whether Woodward likes it or not, United are the most commercially powerful brand in football because of the two decades of success they enjoyed under Ferguson from the outset of the Premier League in the early 1990s.

Big companies want to be associated with winners — successful sports teams — because it reflects well on them. So sooner or later, City, Liverpool, Chelsea and others might become a more attractive proposition than United. After all, who wants to be associated with sports’ fastest-growing YouTube channel when they can hitch themselves next to Guardiola and Kevin De Bruyne instead?

But if second place and regular Champions League participation is enough to make Woodward and United’s owners, the Glazer family, happy, then what does it say about the club’s ambitions for the future? It is impossible to imagine Ferguson standing for such nonsense as his boss telling him that his team does not have to win but merely do enough to keep the club’s revenue streams flowing.

Yet unless United’s first objective is to win on the pitch, they will soon discover that their days as top dogs off it are numbered. After all, who wants to be associated with being second-best? 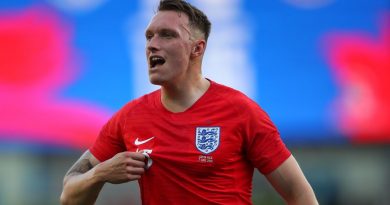 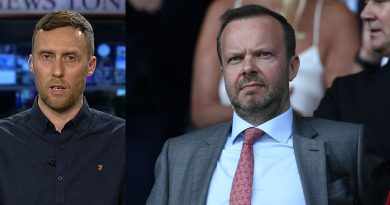 Sep 26, 2019 ayman022 Comments Off on Mark Ogden: Man United are sinking into obscurity 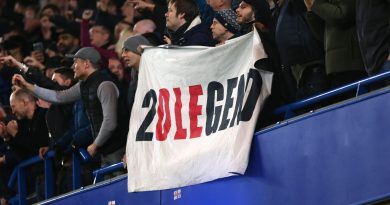