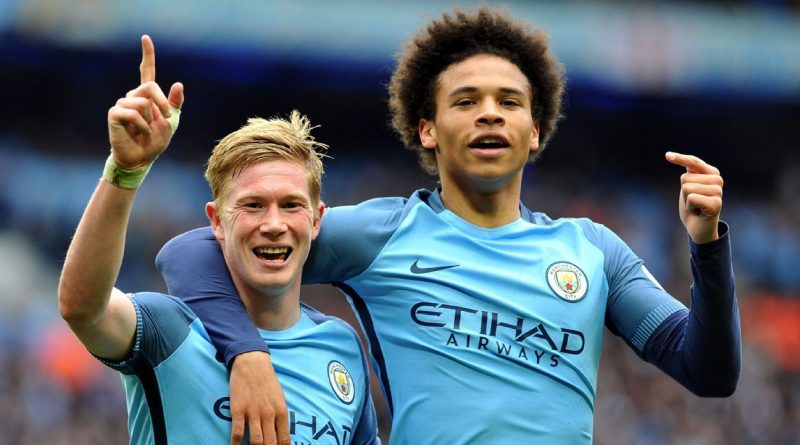 This is Manchester City’s third Premier League title, yet it’s the first time they’ve won it by playing properly as a team. Previous incarnations of City have been unquestionably successful and memorable for the manner of their title victories, but were also marred by a culture of superstars before teamwork.

Pep Guardiola has overhauled that version of City and created a genuinely harmonious, cohesive side who can be considered on a different planet to the title winners of 2011-12 and 2013-14.

The 2011-12 side will forever be remembered fondly for various key moments: the final minutes of the famous 6-1 victory at Old Trafford, Vincent Kompany’s headed winner in the “title decider” against Manchester United and, more than anything, Sergio Aguero’s incredible late winner on the final day at Queens Park Rangers.

Yet that City side was largely based around one strong individual in each department: Joe Hart in goal, Kompany in defence, Yaya Toure in midfield and Sergio Aguero upfront. David Silva was magnificent in the first half of the campaign and knitted together City’s play wonderfully, but he faded after Christmas — City’s performances suffered and they fell back upon individual magic rather than team play.

For a club, and a fanbase, sensitive to allegations they had “bought” success purely by recruiting expensive individuals, it wasn’t the image they wanted to project.

The problem with the 2011-12 City side was the lack of proper partnerships. The best relationships between teammates are egalitarian, whereas Roberto Mancini’s side featured one obvious “star” and one functional player required to rein in their game.

Toure insisted on bombing forward, so City had to use either Gareth Barry or Nigel De Jong — and sometimes both — rather than a proper deep-lying playmaker. The midfield lacked guile. Aguero wanted to play as a second striker but sprint in behind rather than coming short, so Edin Dzeko had to sacrifice his game and always make the reverse movement, often away from goal which wasted his talents. Kompany’s tendency to jump out of defence meant City’s other centre-back was exposed too readily, partly explaining why they seemed to sign a new defender every summer.

The best partnership was between Silva and James Milner, who combined wonderfully in the 6-1 win at Old Trafford, with Silva drifting between the lines and Milner making dangerous runs. But Milner was often omitted with Samir Nasri instead playing and offering much the same option as Silva. City then lacked width, and their play lacked variety. They were a successful side, and a largely positive one, but not overwhelmingly likeable.

Two years later, there were differences in personnel and manager, with Manuel Pellegrini arriving, but largely the same system. Aguero started the 2013-14 campaign as a second striker, with Dzeko or Alvaro Negredo forced to work for the Argentine. Toure was now even more attack-minded, hitting an incredible 20 goals, but showed absolutely no interest in defensive work, which isolated his new partner Fernandinho.

Defensively, Kompany’s partner was Martin Demichelis, who badly struggled at times and was repeatedly targeted as the weak link. There was at least an improvement in terms of width, because Jesus Navas had been recruited to stretch the play properly on the right, allowing Silva to drift infield without bumping into someone else replicating his movement from the opposite flank.

Yet, it was still difficult to find partnerships where two players genuinely brought the best out of one another. Various players still seemed to be performing “balancing” roles rather than genuinely directing their team’s play: Demichelis, Fernandinho, Navas and Negredo were all good footballers, but played subordinate roles to City’s stars. And it was still a team of stars.

Under Guardiola, the stars play as a team — and now, there are good partnerships across the pitch. The most exciting has been an unusual partnership, between the right-centre midfielder and the left-winger, Kevin De Bruyne and Leroy Sane. The Belgian’s stunning crossfield diagonal balls into Sane’s path have repeatedly penetrated opponents: the German’s speed makes De Bruyne’s passes better, De Bruyne’s passes make Sane’s speed more devastating.

The way De Bruyne has combined with Silva, the duo playing as “free No. 8s” in De Bruyne’s words, has also been hugely impressive and unlike anything the Premier League has witnessed before. Sometimes they’ve dominated the centre of the pitch, exchanging passes while breaking forward, and sometimes, like in the impressive 1-0 win at Chelsea when De Bruyne grabbed the winner, they’ve intelligently drifted out wide together to overload the opposition down the flanks. Playing both in those roles was a hugely ambitious move from Guardiola, but their selflessness and intelligence has made them into a fine partnership.

Then there’s the way Kyle Walker’s speed on the overlap has allowed Raheem Sterling more license to move into goal scoring positions — and, at other times, Sterling has kept the width more to allow Walker to tuck inside into a more central role. That’s also what has happened on the other flank with Sane and Fabian Delph, a makeshift left-back who has adapted impressively because Sane provides the width, meaning he doesn’t need to overlap.

But the best partnerships have been in the final third. The most notable feature of Manchester City’s attacking play this season has been their selflessness in front of goal, and the number of times they’ve played an “extra” pass to a teammate in a point-blank position, often for an empty net. This has often involved Sane and Sterling combining from opposite flanks, with Aguero also inevitably featuring.

Those three, and Gabriel Jesus on occasion, have acted as a properly harmonious front three. The map of City’s goals this season, depicting where each successful shot has been struck from, is extraordinary — there’s absolutely nothing between the penalty spot and the edge of the “D.” City’s players have consistently turned down good shooting positions to feed teammates in great shooting positions.

Essentially, City don’t have anyone simply playing for themselves. That might sound a simple concept, but their previous title-winning incarnations have featured Mario Balotelli and Carlos Tevez’s sulks, Toure’s lack of interest in defensive duties or Aleksandar Kolarov vacating his position to shoot optimistically from range. All these players would be entirely out of place as regulars in this side. 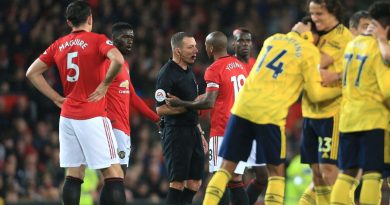 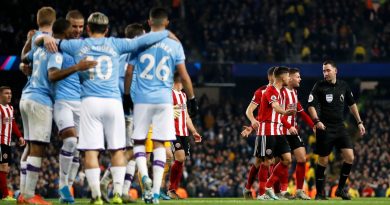