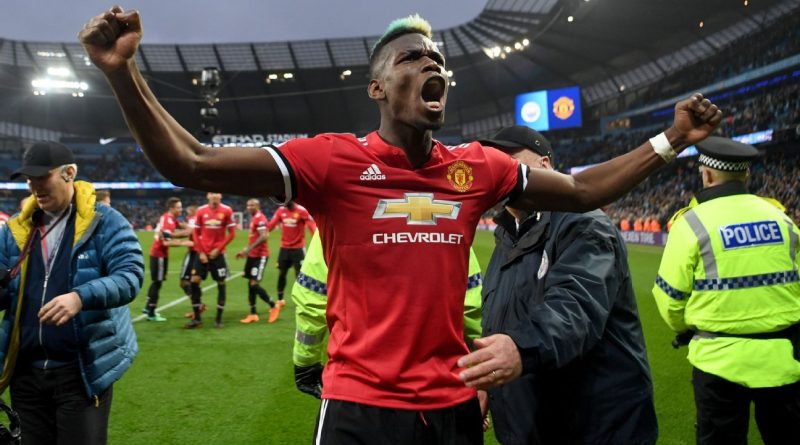 Manchester United produced an incredible second half fightback at the Etihad to overturn a 2-0 half-time deficit and stop Manchester City winning the Premier League title.

Here’s the thoughts of ESPN FC correspondents Jonathan Smith (Manchester City) and Rob Dawson (Manchester United) on how the game unfolded and the impact of the result.

JS: I was a bit surprised by the City lineup when it was announced. No strikers and no Kevin De Bruyne with Pep Guardiola having one eye on the Champions League second leg against Liverpool. Raheem Sterling was playing in the False No.9 role but it looked like a tactical masterstroke with United’s centre-halves seemingly unable able to cope with him playing in front, rather than right up against them.

RD: I think United fans will have been quite happy when they saw Jose Mourinho’s team with Ander Herrera as the third midfielder. But they were shocking for the last 25 minutes of the first half. They seemed to go to pieces after Vincent Kompany’s goal went in and they were lucky it wasn’t 5-0 at half time. And that’s not even including half-chances.

JS: That Kompany header was eerily like the one he scored in that crucial Manchester derby in 2012. It looked like an omen. It’s odd that City’s two goals at Old Trafford came from a corner and a free kick when United are normally so organised defensively and Guardiola sides aren’t particularly known for their danger from dead ball situations.

RD: That will annoy Mourinho. They have conceded four goals against City this season and three have been from set-pieces. Defending long balls in and around the box has been a problem all season. There was a feeling in the press box that he would make at least one change at half time but he stuck with the XI he picked and, in the end, it paid off. It was brave considering how poor they were in the first half.

JS: City were by far the better team in the first half and it really should have been all over after Ilkay Gundogan’s second. Sterling wasted two glorious chances but I still didn’t see that turnaround coming after such a dominant first half when United failed to have shot on or off target. From City’s point of view, I thought they looked tired after the break — such a massive week seemed to have caught up with them.

RD: It was similar to the first half. United fell apart after City’s first goal and City seemed to do the same after Paul Pogba’s first. City fans aren’t usually the type for premature celebrations, but just before United’s first goal they started singing “stand up for the champions”. Pogba was obviously key to the comeback, but so was Alexis Sanchez. He’s not had a great time at United but he was brilliant in the second half. He worked hard, he battled and he created all three goals. It was probably his best game in a United shirt.

JS: Even so, I thought that City were still worthy of a point. David De Gea made that brilliant save from Sergio Aguero, Sterling hit the post from two yards and then there was that Ashley Young tackle on Aguero. He was fortunate not to give away a penalty in the first half when the ball hit his hand but I thought the foul in the second half was a clear penalty and could have even been a red card.

RD: You’re probably right. Young was lucky with both incidents — either could have gone the other way. Still, I think United would have expected to be put under more pressure at the end. City looked tired and perhaps they started looking ahead of what is a bigger game against Liverpool on Tuesday. The bottom line is that it probably meant more to United’s players than City’s. They will win the league anyway and the second leg against Liverpool is a huge game.

JS: It’s exactly the sort of result and performance they didn’t need going into Tuesday’s game. Jurgen Klopp must have been delighted. City have conceded six goals in two games now and the defence looks flaky whenever they’re under pressure. I don’t think there’s any doubt that they’ll go on and win the title but was this an early marker from United for next season that they are going to be more of a title threat and are closing the gap? I’m not entirely convinced. There wasn’t a better time to play City — in the middle of two draining and all-encompassing Champions League games.

RD: It was a good time to play City and even though it was a strong side, they weren’t at full strength. It will give the United players confidence that they can beat City on their own patch ahead of next season, but it’s not much more than that. City will still be the team to beat next season and chances are they will win the title but a big margin. Mourinho will know he still has a lot of ground to make up if United are going to be champions next season. 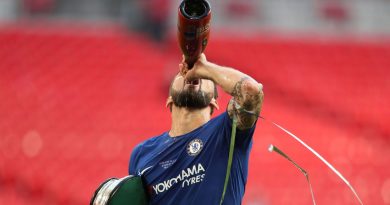 FA Cup winners will not receive champagne to ensure inclusivity

Apr 24, 2019 ayman022 Comments Off on FA Cup winners will not receive champagne to ensure inclusivity