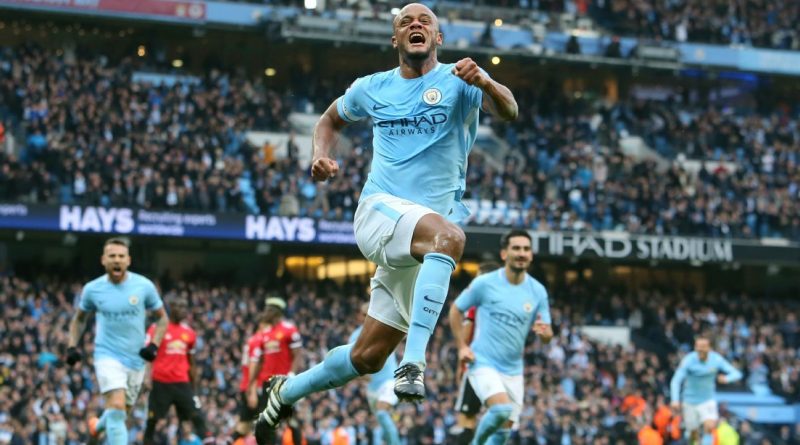 Vincent Kompany says he is proud of everyone at Manchester City after they clinched the Premier League title with five games remaining.

The City captain has now won three league titles with the club and says it’s just as special to win it again.

“It’s the same feeling as the first time, you can’t describe it,” Kompany told Sky Sports.

“You want to hold onto this feeling now. It’s amazing, it’s such a difficult achievement. I’m proud of everyone involved.”

It’s the first time that he hasn’t won the title on the final game of the season after their successes in 2012 and 2014 and now wants to see if they are capable of defending their crown for the first time.

“You can’t take it for granted,” Kompany said. “It’s gone before you know it. I’ve been lucky to win three. I kind of want to see how the reaction will be because I’ve never retained a title. I want to see if this team has got it to carry on and be more successful.

“It differs because we were consistent the whole season, that level expected of us. Previously we’ve nearly thrown it away and come back with character.”

Kompany also praised the impact of Guardiola after the Spaniard claimed his first league title in England after winning three in Spain with Barcelona and three in Germany with Bayern Munich.

“I noticed within the first month that if I’d met him at 18 or 20 [years old] then I would’ve been the perfect player for him,” Kompany said.

“Any player under him has had success because of him and how they’ve improved as individuals.

Kompany and several of his teammates later toasted their title triumph with fans.

Word quickly got around through social media and City fans queued outside a venue still advertising United’s televised clash with the Baggies in a bid to join fellow supporters inside, where the players were seen belting out Oasis’ Wonderwall and being serenaded by supporters expressing their delight and gratitude.

Kompany and Co posed for photos as they left the venue at 10.30pm, leaving to a chorus of “campiones, ole, ole, ole.“

“You can’t stay in your front room when you win the Premier League,” one of those associated with City said as he exited the venue to no doubt continue the celebrations elsewhere.

Press Association was used in this report.

Champions!!!!!! What a great feeling!! So happy to be able to share another trophy with our amazing fans!#ManCity #SharkTeam #Champions pic.twitter.com/8CqCtyX7vi

“At my age, you can still learn and we share one thing: that hunger and desire never to be satisfied.

“It’s not a dynasty. It’s just one title. We’re super happy but there’s still so much work to be done before this squad’s full potential is unlocked.

“I think we all believed in [his tactics]. There was a period of adaptation required for everyone. Firstly for him, coming to this league for the first time, and then we had to take on all this information he was giving to us.

“We believed in the methods. We live and survive by the strength of the team. We are nothing without the team.”

Kompany watched Manchester United’s shocking 1-0 defeat to West Brom, which handed City the title on Sunday, with his wife Carla at her United-supporting father’s home before broadcasting his celebrations live on social media.

“I had a feeling when I woke up this morning,” he said. “I don’t like to wait for a team to lose, so it was a different kind of experience today. You realise something can happen and it was a wonderful goal by Rodriguez so thank you!

“It shows what football is in Manchester. We’ve got red and blues in the family. Today was a day for the blues and there have been more days for the reds. [Carla’s dad] is a better loser than winner!” 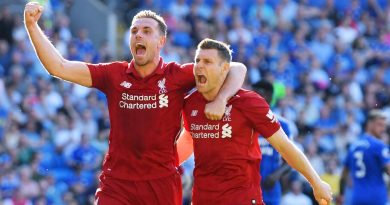 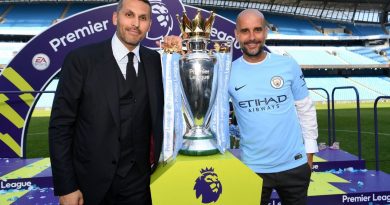 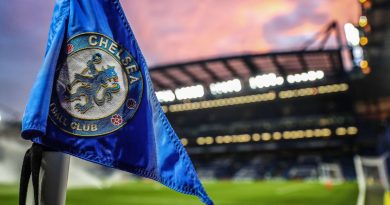