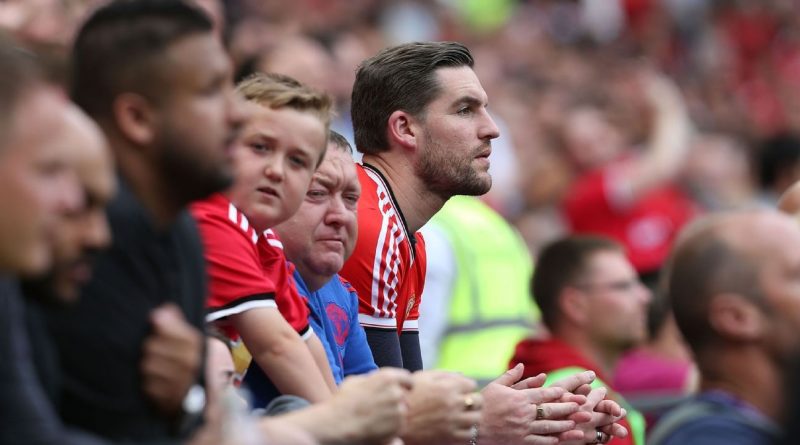 An hour after the 2005 Champions League final, I received a text message from a Liverpool-supporting friend who was sat behind the goal in Istanbul. It read: “I know how you felt in Barcelona.” There was no gloating that his side had just won a fifth European Cup, just a genuine admission after one of the highlights of his life.

For Manchester United fans, the game had been going so well as Milan, widely regarded as the best team on earth, raced into a 3-0 half-time lead. Imagine the mood among defeated supporters on their long journey home to Liverpool? It gave me pleasure to anticipate their pain because, while schadenfreude is a German word, it has strong currency among football fans. Who doesn’t enjoy seeing their rivals lose?

Then Liverpool scored three times in six minutes after the break, before netting three shootout penalties to Milan’s two. For 13 years since, United fans have been given the “five” salute whenever the two English rivals teams have played each other. I hope it doesn’t become six on Saturday night in Kiev, but do feel conflicted.

I am envious that Liverpool are in a European Cup final and United are not. I was envious at the sight of their players celebrating in front of a massive away following in Rome, one which seemed to stretch for miles, having reached the final, because United fans know how good that feeling is. I am also envious of the thousands, who will undertake a great adventure to Kiev and respect anyone who travels so far to watch their team.

I know enough Liverpool fans and they’re not that different to my friends in Manchester. They are working class lads from England’s North West who love their football. Give me a proper football supporter over a corporate fat cat with a category one ticket and paid-for hotel room.

British supporters will go the extra mile to see their team, even if it involves completely irrational behaviour. Liverpool had 5,000 in Rome for their semifinal second leg, whereas Barcelona took 500 in the previous round. Atletico Madrid didn’t sell out their Europa League final allocation last week, while Real Madrid have returned tickets for Saturday’s game.

Liverpool and Madrid fans are not the first to have logistical issues when getting to a European final and UEFA have promised that more thought will go into the suitability of further venues. I have no problem with the games being played away from repeated visits to London, Paris, Berlin and Rome, but host cities must be able to host big numbers without charging €500 for a hotel room.

Around 20,000 Liverpool fans will travel, as well as 20,000 flags if the buildup seen on social media is anything to go by. You know the type, self-aggrandising statements rather than factual ones like “No league title since 1990” or “We sell our best players to Barcelona” and “We nearly won the league in 2014.” Instead they crowbar in puns playing off “Chicken Kiev.” Or “shickin’ as they might say it…

It’s the culture and some of them are more original in design than the monotony of red, white and black tricolours at United games. And the best have humour. In the 1980s, one Liverpool flag simply read: “Atkinson’s long leather.” It was a fantastic dig at the sartorial outlandishness of the then-United manager, Ron Atkinson, who happens to be Liverpool-born.

I don’t want Liverpool to win on Saturday. Or Real Madrid. Why would I? I live in hope that my club will one day catch Liverpool’s five and Madrid’s 12 European Cups. It seems a long way off but, when I started going to away games with United they had seven English titles, compared with Liverpool’s 18. And now they have 20.

I don’t subscribe to the argument that you should want a team from the same country to do well. Why would I? Their success is our pain. The mother of an ex-girlfriend couldn’t understand why I didn’t want other English teams to win if United weren’t playing, but she was from a generation that watched United one week and Manchester City the next. Not that everyone shared the same view: My father is so trenchant in his view of Liverpool that he refuses to step foot in what is now a fine city.

It’s tribal, trivial and entertaining, just as football should be. I know a 62-year-old, who lives in Manchester — let’s call him Bob, for that’s his name — who watches Liverpool home and away. Yet he refuses to go to Old Trafford. He doesn’t like the nastiness of the atmosphere and he doesn’t want to give United any money. Bob is originally from Warrington, that no-man’s land between the two cities that falls into what Liverpool fans call “wool” territory.

Enough information seeps past internal privacy settings for me to know that Liverpool have had a great run to the final and that Jurgen Klopp is the type of manager you love when he’s at your club and find nauseous when he’s managing your rivals.

And so I’m conflicted watching this Liverpool team and their imported Allez Allez Allez song — which Barcelona fans have been singing for years — because they boast very talented players, play great attacking football and that’s enough compliments.

Saturday will not be a good day for United fans. We can hope for small mercies; maybe, for example, the giant TV screen at Anfield will go on the blink just as Cristiano Ronaldo is about to take a penalty, then flick back on as he wheels away to celebrate and unveils a United shirt under his Madrid one.

And if any Liverpool fan is reading this, could you take a lovely red-and-white flag to Kiev and hang at the front of your section, please? It bears the simple message: “20 Times” 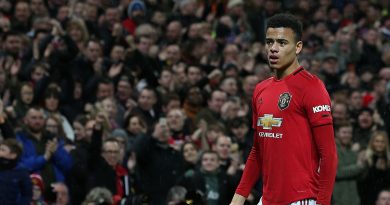 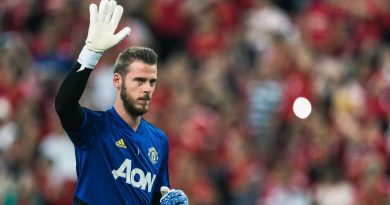 Jul 22, 2019 ayman022 Comments Off on Why Man United need to give De Gea the contract he deserves 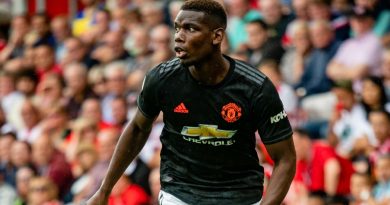 Pogba, Martial out of West Ham, James a doubt