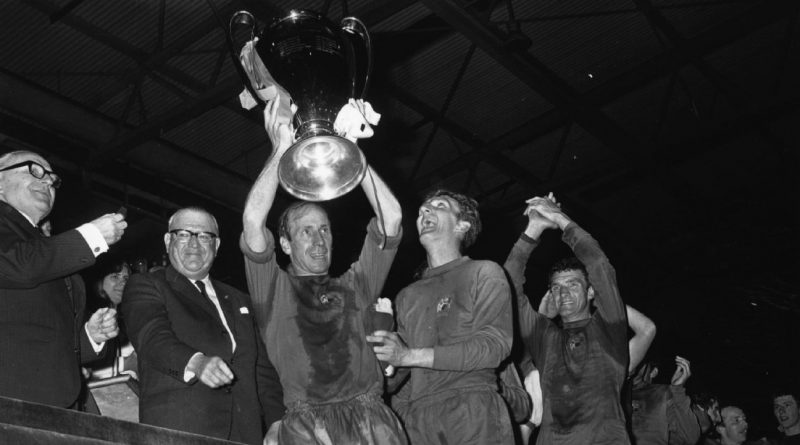 It is 50 years since Manchester United became the first English side to lift the European Cup. On May 29, 1968, Sir Matt Busby’s team beat Portuguese champions Benfica 4-1 at Wembley after extra time.

It was the defining moment for one of United’s great teams — one that included the Holy Trinity of George Best, Bobby Charlton and Denis Law. It was significant, too, in that it came just 10 years after the Munich air disaster, a tragedy that killed eight players.

Busby and Charlton both survived the crash to help rebuild United and eventually conquer Europe.

On the 50th anniversary of the win over Benfica, ESPN FC looks at the importance of the triumph …

The road to the final

In the days before Champions League group stages, United were drawn against Hibernians of Malta in the first round of the 1967-68 European Cup.

David Sadler and Law both scored twice to earn a comfortable 4-0 win in the first leg at Old Trafford before a goalless draw in the return fixture.

They came through both thanks to two home wins (2-1 in the second leg against Sarajevo and 2-0 in the first leg against Gornik Zabrze). Gornik Zabrze inflicted United’s only defeat of the competition with a 1-0 win in Poland. It set up a titanic battle with Real Madrid in the semifinal.

United won the first leg at Old Trafford 1-0 but found themselves 3-1 down at half-time in the second game in front of more than 120,000 fans at the Bernabeu.

“We got absolutely slaughtered,” said David Sadler. “Taken apart, and we were lucky it was only 3-1 because it could have been five.”

But goals from Sadler and Bill Foulkes — a Munich survivor — in the final 15 minutes squared the game at 3-3 and sent United through to the final 4-3 on aggregate.

“Nobody would have picked me and Bill,” Sadler said.

“Charlton and Bestie maybe, but if you’d got the two of us in the sweepstakes you’d have been disappointed. You just don’t write things like that.”

Busby’s team was built around Best, Charlton and Law — a statue of the trio stands on the forecourt at Old Trafford — but Law missed the final with a knee injury and was replaced with makeshift centre-forward Sadler.

Charlton and Foulkes had survived Munich 10 years earlier while Charlton and Nobby Stiles had been part of the England team that won the World Cup against Germany on the same ground two years earlier.

The players remember it as being a horribly humid night in London and the first half ended with the game still goalless. Charlton put United in front early in the second half with a glancing header before Jaime Graca equalised. Eusebio might have won it for Benfica but Alex Stepney’s stop sent the game into extra time.

“Eusebio escaped his marker, Nobby Stiles, for the only time in the match with four minutes left and bore down on my goal,” Stepney said.

“At first, I thought I could claim the ball, so I advanced, but it was held up on the lush Wembley grass and the great Portuguese was through.

“Now all I could do was step back slightly so it would be harder for him to chip, and stand up straight. Instead of slotting it, he elected to try and burst the net, which he loved to do. His ferocious shot cannoned into my chest — I tell everybody that the Mitre logo is still imprinted on my skin! — and I managed to hold on to it.

“Looking back, I suppose that was a crucial turning point because I doubt if we would have recovered from 2-1 down at that late stage.”

Stepney played a part in United taking the lead two minutes into extra time, launching a kick downfield for Best to collect, round the goalkeeper, and score.

Kidd, on his 19th birthday, and Charlton added the third and fourth and United were champions of Europe for the first time.

“At the final whistle we all ran to Matt, Bobby and Bill,” said Stepney. “We had all pulled together, but deep down we all felt this was their night.”

It was vindication for Busby. It had been his decision to take United into Europe against the wishes of the Football League and, in part, he blamed himself for the Munich disaster.

“The moment Bobby lifted the cup, it cleansed me,” he said. “It eased the pain of the guilt of going into Europe. It was my justification.”

“Everyone was just convinced we had to win it,” said Kidd, who went on to become Sir Alex Ferguson’s assistant at Old Trafford.

“I honestly felt it was something that was meant to be. We knew we had to do it for Sir Matt.”

Key players in Busby’s team were coming to the end of their careers in 1968 and United struggled after winning the European Cup. Busby retired at the end of the following season and despite briefly returning to management in 1970, United were relegated in 1974 — just six years after their Wembley triumph.

They won the second division title in 1975 to win promotion back to the First Division but would have to wait until 1993 for another top-flight title — a gap of 26 years since Busby, Best, Law and Charlton were crowed champions in 1967.

The wait to lift the European Cup again was even longer and wouldn’t happen until Ferguson led his team to the treble — capped off with success in the Champions League against Bayern Munich in Barcelona — in 1999. 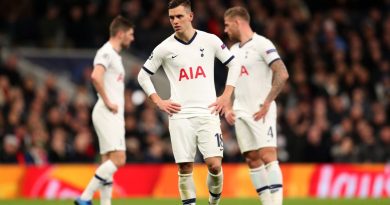 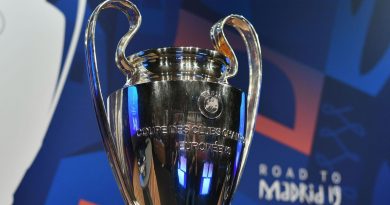 May 7, 2019 ayman022 Comments Off on European Leagues united against proposed Champions League changes 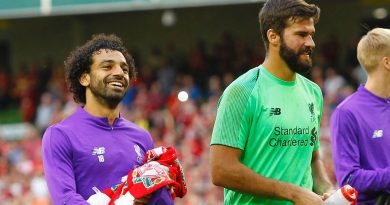