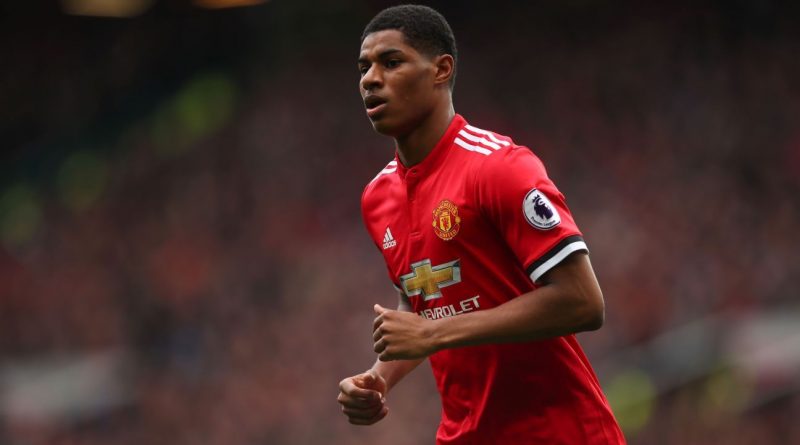 Manchester United and England striker Marcus Rashford wrote a tribute to his home city on the anniversary of the Manchester Arena bombing.

Twenty-two people were killed in a terror attack following an Ariana Grande concert.

Manchester’s two top-flight football clubs adopted the motto of “a city united” in the wake of the bombing.

Rashford, from Wythenshawe in the south of the city, wrote on United’s website of his memories of growing up in Manchester and what it means to him.

The first time you go into Manchester as a kid, you’re just so excited. Town is absolutely massive. I remember it clearly. I remember going in different shops, going down all the side streets. You’re just exploring it like any kid would. You have to do that; all kids have to do it to grow as a person. That’s what we did.

For me, there were reasons to go through town on a day-to-day basis. Whether it was helping my Mum with the shopping or just wandering around with my brothers, family members or friends, there were always different reasons and it was always exciting. Town is a special place.

Football and music are big things in Manchester. For a lot of my friends, music was always absolutely massive. For me, when I was growing up, personally it was all about sports — and obviously football in particular.

I was just mad about sports, couldn’t get enough of it, so I didn’t really get into music until later on, when I was a bit older.

One year on, gone but not forgotten. My thoughts are with everyone who’s lives were lost or forever changed. Don’t let hate win. One love manchester ❤ 🐝 pic.twitter.com/jetqK2gsWZ

Eventually, I started going to gigs, and one that I most remember going to was seeing Drake at the Manchester Arena. That was great fun. Drake’s been one of my favourite artists since I started getting into music, so it was really exciting to go and watch him. I liked his music, so I went to see him in concert. Nothing out of the ordinary there.

It’s unbelievable to think that so many people lost their lives or suffered terrible injuries doing the exact same thing last year. What happened in Manchester on May 22, 2017 was unimaginable.

I won’t forget the moment I found out about the bombing at the Arena. In that moment, I won’t lie, it’s so tough to process. The likelihood of you knowing someone who was directly involved in it is quite high, so it’s a difficult moment.”

Personally, there was a massive, massive impact on me and I could see it affected the rest of the team as well. We were preparing for the Europa League final two days later, but even though we went to Stockholm, Manchester was at the front of our minds.

We all spoke about it beforehand in the dressing room before we went out for the final, and when the game had finished and we’d won, the first thing we did was make sure we showed our respects for what had happened back home.

What made us really think about it the most was when Jesse [Lingard] and I went to visit some of the younger victims in hospital. That’s when you can look them in the eye and see the scale of what has happened. I was both excited and a bit nervous to meet them all but, honestly, it was one of the most special occasions I can remember.

We went to put smiles on faces where we could, but they ended up helping us and making us smile. I really can’t put into words how brave those incredible kids are; how brave all the victims are. I can’t find the words to do them justice.

I couldn’t imagine going through a moment or an experience like that at the age some of those kids were. Really, there’s no age to go through something like what all of the victims went through. But they are all such strong people. To show that much strength, it’s actually what this country needs. They were showing the most incredible spirit, having the courage and strength to overcome adversity like that. That’s an amazing thing.

It was a similar story at the One Love Manchester concert shortly after the bombing. It was an incredible gesture from Ariana Grande and all the artists that took part, and the best part was seeing faces all around Manchester coming together to support one another. The concert had a really big impact on the city and it helped a lot of people take a step towards overcoming the disaster.

Time does move on, even after something as huge as the bombing. When something like that happens, there is always a reaction and the positive thing is that the survivors are recovering. No matter how hard it is, each and every single one of them is doing what they can to recover.

Some of them are even stronger for what has happened and that’s a positive because it shows what amazing character they have all got.

My support still goes out to the victims and their families. Nobody will ever forget what happened but the way Manchester pulled together shows you everything you need to know about the people here. Seeing how everyone reacted made me so proud to be a Mancunian.

We can’t let what happened physically control us in what we do in the future. When people say we have to stay strong and stay together at times like last May, I think that’s what it means: that we have to stand side by side, together, live our lives and don’t be afraid. That’s what we’ve done and that’s what we’ll keep on doing.

We are Manchester, a city united. 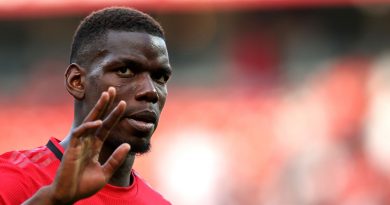 Aug 25, 2019 ayman022 Comments Off on Why Man United’s ball movement is key for them to improve 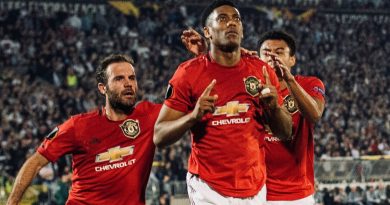 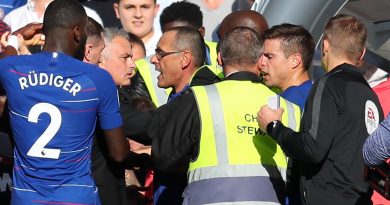